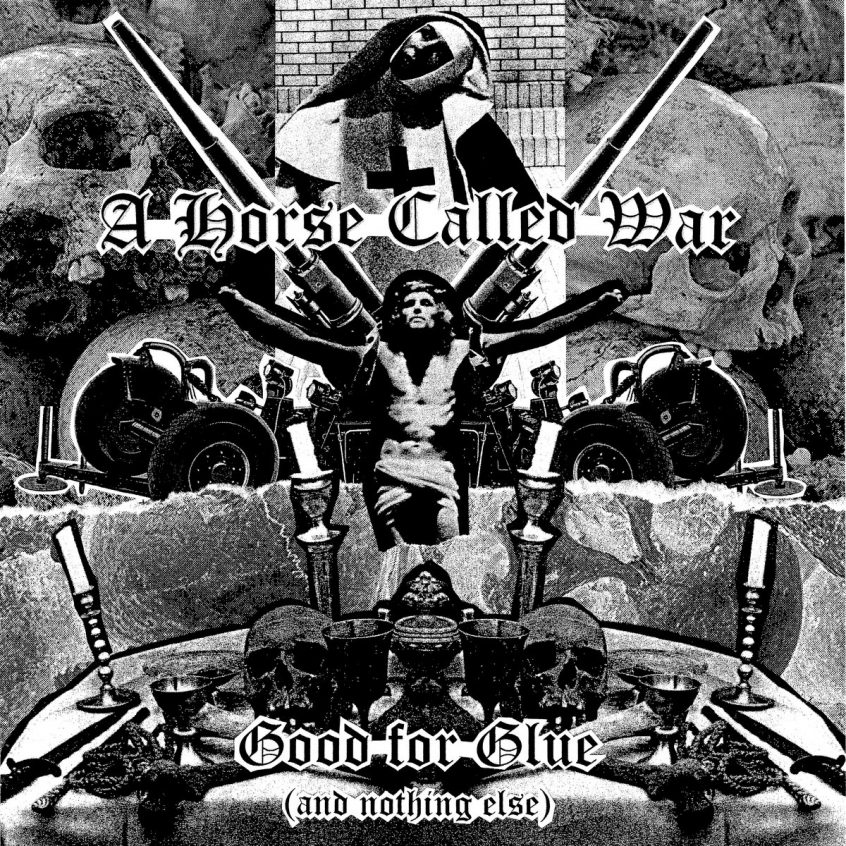 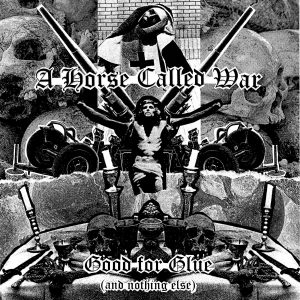 Band: A Horse Called War
EP: Good For Glue (And Nothing Else)
Label: APF Records
Release date: 22 November 2019
Sounds like: Speeding Ragehorn at the races

There is something gloriously and disgustingly venting and brutal about this. To paint a picture, A Horse Called War originally formed in Thetford in 2005, all with a mutual love for drinking, smoking and the extreme underground metal scene of that moment (think Charger, Iron Monkey, Taint). After releasing a couple of EPs the band called it quits in 2010. Five years later, they decided to reform (reminiscing about the good old days helps it seems) because why not, eh? Good For Glue (And Nothing Else) is their new EP and it’s a brutal, savage and riff-packed slab of destruction.

“How do you want to start the EP? Like a fucking battering ram” – say no more. Opener Dog Is Dead is just that kind of aforementioned siege engine. The level of bile on this is villainous and boiling with hate. Chunky, scraping riffs that scour and dredge with this despondent metallic-sludge, before snapping back to this rapid-dual vocal barking quarrel of rabid doom. On Old One Eye, it sounds as if the band are chewing through a huge bag of wet cement; the leaden, toxic-thick consistency and the grinding, grumbling thunder created is absolutely barbaric. The venting, wrought frustration this exudes is infectious and deeply alienating and disturbing in equal measure. The sludge-punk onslaught of Pardon the Pun plays heavily on the huge, chanting gang-vocal angle, sounding like a huge bar-room piss up, whilst the snarling call-and-response vocal interplay sounds like two enraged enemy wolves thirsty for each others blood, especially in the closing moments, as it descends into barking death threats and an ear-piercing shriek.

Like Corby’s finest bruisers, Raging Speedhorn, A Horse Called War know their way around a disgustingly savage riff and on Don Frye, they dredge the foulest smelling lake for such tones.  This is chest-beating, rampant, ugly noise that offers very little respite and channels full throttle rage and frustration.

Excellent use of a Brass Eye quote on final track, Woodpusher – a 6 minute stampede of boiling, frothing mad energy, sludge-metal riffs and the kind of bass-tone that can melt through walls. This is perhaps the moment A Horse Called War show some experimentation from their usual barrage, with the use of ragged, spoken-word vocals, that soon reach this panicked conclusion, vomiting forth this tide of crushing distaste.

This is music for mashing beer cans into your stupid face. A Horse Called War set fire to frills and lob them through your car window and watch it burn, pointing and laughing. For fans of Raging Speedhorn (obviously), Palehorse, bands on any old Household Name Records/Earache sampler from the early 2000’s and riffs, fucking loads of them.

You can pre-order Good For Glue (And Nothing Else) by A Horse Called War below. Definitely get a few cans in as well.