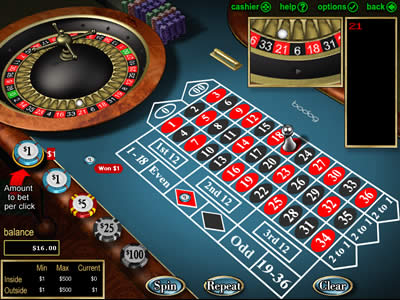 Due to being in one of those soul crushing moods, I very much doubt my review of this months Sound Check CD will be enitrely favourable. It also doesn’t help that the massive tool, aka Jared Leto from 30 Seconds To Shitting Mars is staring at me with his cold, dead eyes and a hair that looks as if it’s been styled by a blind, no armed, retarded sheep. Anyway, let’s get on with this:

Brigade – What Are You Waiting For?

I feel a bit sorry for Brigade. I mean, does anyone actually give a shit? From this average-at-best effort they sound like a poor mans Colour Of Fire, albeit without the emotion, angst and riffs. Traditional, safe, plodding rock music that’s flogged to death almost every night at Battle of The Bands tournaments all around the country.

Thank god the vocals sound slightly gravely. Itâ€™s perhaps the one saving grace that ‘Marriageâ€™ by Ontarioâ€™s Attack In Black has. This is possibly one of the most boring punk bands I have ever heard and that’s saying something; hey, I’ve heard the Boys Like Girls album! Ew.

Glass & Ashes – We Will Hang For This

Venturaâ€™s Glass & Ashes seem to take the gruff, barbaric punk rock attack of The Bronx and stretch it out wide, like The Rock rolling pastry. They also add a large heap of melodic song play, as well as some harmonies that were last seen when Hot Water Music were the toast of gruff-speaking punk.

Blacklisted – I Am Weighing Me Down

Obviously Blacklisted have been scraped from the same shoe that gave us the awesome power of The Hope Conspiracy. However, unlike Kevin Bakerâ€™s mob, Blacklisted manage to peddle out a minute-and-a-half of pretty featureless and lacklustre hardcore that, despite being fast-paced, smacks of ‘going through the motions.â€™ Still, the drumming is top-notch stuff.

In a similar style to Mastodon, Torcheâ€™s sound lurches and lumbers, spraying the listener with meaty guitars and bass-heavy rumblings. The sporadic and mind-bending guitar-solo halfway through is a thing of pure beauty, whilst the drums pound away like steel pistons. Best track so far.

Thrice – Come All You Weary

I admire Thrice for stepping away from the post-hardcore/emo quagmire (gigiddy!) they’ve always staggered about in, but this just feels so forced and quite frankly, sounds like they’ve spent too long listening to ‘The Devil and God Are Raging Inside Me‘ and decided to rip it off but not even in a good/interesting way. Dull.

Gregor Samsa sound like their soundtracking some pretentious arthouse flick. On ‘Jeroen Van Akenâ€™(the real name of painter Hieronymus Bosch) they mix wonderful atmospheric soundscapes, with gorgeous female/male vocals that are the very pinnacle of delicate and fragile (albeit in a sense of softness, not weakness.) A luscious, glorious piece of work that puts every other artist on this CD to shame.

This is pretty good actually. Sounds a bit like 5 guys messing around with various samples, effects pedals, whilst quaffing large amounts of homebrew, before launching into some heavy-sounding psychedelic stoner rock. A spiralling noise of creativity and spontaneous enjoyment.

This is more like it. Textures shift things up a gear with their speed-metal attack that owes more to the technical riffs of Meshsuggah than the lightning ferocity of say, Slayer. The synthesiser breakdowns add a nice touch, complimenting the harsh heaviness of the main body of the track excellently, as to the garbled sound-effects. Impressive.

Lights.Action! – Story Of A Broken Boy

This one time, I fell down the stairs and ended up in hospital. It was horrible, much like listening to Lights.Action! who seem to be redefining crapness for 2008.

Well, Horse the Band sound different. Despite the familiar keyboard intro, the bombardment of near-death metal shrieks/cacophony of noise is slightly over-whelming. The distorted keyboard is perhaps the best thing about this track, which is possibly the weakest HTB song Iâ€™ve heard. Actually, Iâ€™ve decided that this is really rubbish, sorry.

Ah good old No Age. The familiar slow build up to the eruption of guitar/drone/drums seems to be of great prominence in the bandâ€™s repertoire, but itâ€™s one that still sounds brilliant. Great atmospheric noise-pop, that sounds more like a jam session than an actual song.

The first time I heard Cancer Bats I thought they were awful. Iâ€™m on my second listen and despite the terrible lyrics (â€œPRAY FOR DARKNESS!!!!â€Â â€â€œ dull-metal-cliche alert) they sound ok. Rapid delivery, but having wanky guitar solos on an 90 second long song is a bit meh.

I must say I was quite shocked by The Secretâ€™s sound. My original thought was ‘piss-water emo bandâ€™ but it turns out theyâ€™re a raging bag of hardcore/metal hatred. Obvious comparisons have to be made with Converge; the riffage alone stands up well alongside Kurt Ballouâ€™s guitar shredding and the vocals sound particularly horrifying, akin to Satan singing in the shower whilst downing cough medicine.

Iâ€™m not sure what Rock Soundâ€™s criteria is with these CDs. Is there something in the contract that says ‘must have long drawn-out piece of music by relatively unknown post-rock band.â€™ Anway, if they think Iâ€™m sitting through all 13 minutes of Evil Bebos (named after some dog) then theyâ€™re sorely mistaken. Sorry, but my attention span is bloody awful these days. (Saying that, I have listened and itâ€™s pretty damn good.)