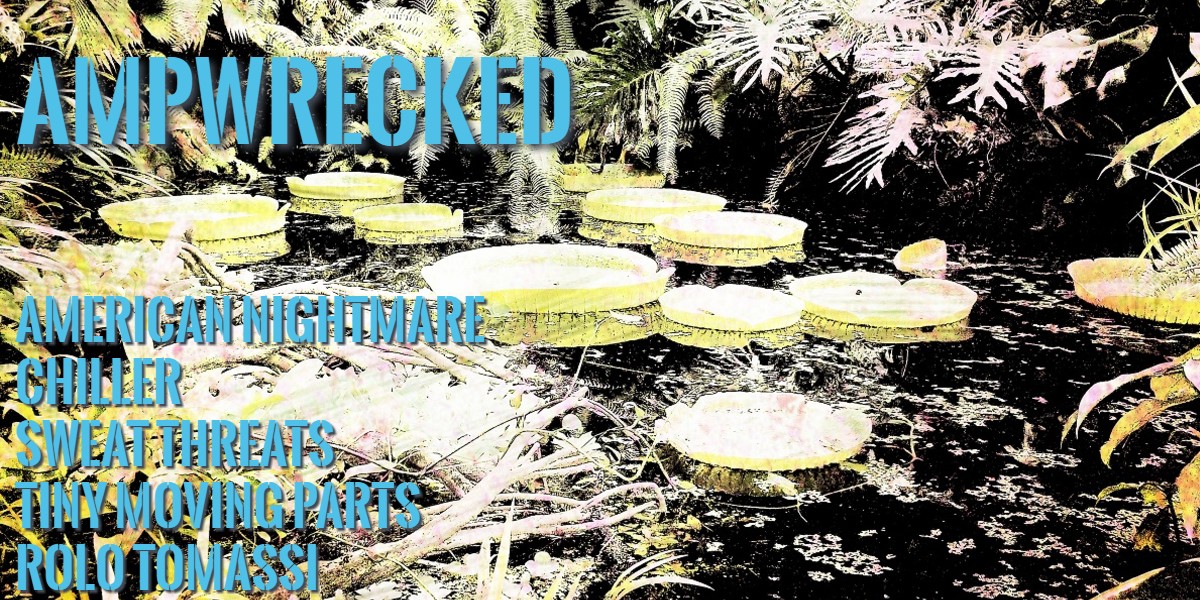 As The Bronx famously said, “New Year, New Me…” let’s kick things off by looking at the upcoming tracks, singles and random noises that are being kicked around at the moment as we stage dive headfirst into the devil that is 2018.

You’re not dreaming. Back together with the line up that recorded the fantastic We’re Down Til We’re Underground and giving two fingers to name infringement, American Nightmare roar, kick, scream and thrash their way into your ears. The World Is Blue is the kind of wake up we all need and this 104 second hardcore punk barrage is truly something special. Vocalist Wes Eisold still has the fire – his words are wrought and spat with guttural, passionate venom and he’s never sounded so good. His screams of “SALVATION!” twinned with the gnarled, gurgling bass-thumping, scything guitars and brutal drum patterns are near perfection – welcome fucking back to the party dudes. The new self-titled album is out 16th February, see you in the pit.

An often overlooked label, Germany’s Rockstar Records have some cracking bands on their line up (Problems, Toys That Kill, Quader and Pretty Hurts to name a few). Chiller are a new addition to their roster made up of members of Feral Trash, Black Tower or Mother’s Children (no, me neither) and their spirited, dark-edged punk rock is absolutely cracking. Heretic is raw, loud and laced with an air of melancholy and razor-sharp riffs and some cracking male/female dual vocal call-and-return. Their are traces of possible Danzig-inspired goth-punk woven throughout, but Chiller carve out their own disgruntled, blunt and direct attack and it’s wonderfully dramatic. Their self-titled album is out 2nd February.

With a fairly apt name, Sweat Threats (and you will be feeling one or both of these conditions during the running time of Hermit) are two dudes from Ireland – Matthew Sutton and Niall Jackson. This racket is an absolute knife to the throat; furiously agitated post-punk is splattered over the walls, leaving a flashing, incriminating smear of warped delight. Channeling the similar heart-racing bounce and wild, renting energy of Les Savy Fav fighting Death From Above at a foam party; Sweat Threats are a glorious mess of ramshackle, boisterous chaos – huge scrambled guitars collide with the bass-drum pounding percussion to create this roaring storm.

If you thought Caution was a warm hug of general loveliness in musical form, then Applause is the follow up kiss on the cheek. The opening roar of “SEND APPLAUSE TO YOUR HEART STRINGS!” should be enough to tell you the road we’re travelling down with Tiny Moving Parts. The guitars twiddle with gorgeous, twinkling delight, whilst the stop-start riffs add a battering-ram punctuation of noise and the sudden, frantic time changes, from frothing, alt-rock to scribbled punk throwdowns is infectious and an absolute treat. The new album, Swell, is out 26 January.

With sunlight but a distant memory, Rolo Tomassi go full end of level boss. Whilst the opening 50 seconds of this might seem an eerie calm, it’s all a trick and one they utilise extremely well. Eva Spence’s vocals are a hacking rasp, bringing to mind the howling wail of Jacob Bannon in places. Her brother, James, adds his own bark to proceedings, whilst the stringent, abrasive guitars hack and slash through the alt-metal mire of doom and gloom. Even the keys sound as though they’re decaying in the filth and rot. Credit to drummer Tom Pitts around the 2:45-ish mark, the beat he’s bashing out is an absolute barrage. This is dark, a punishingly, unholy and feral descent. Welcome back. The new album, Time Will Die And Love Will Bury It is out 2nd March.