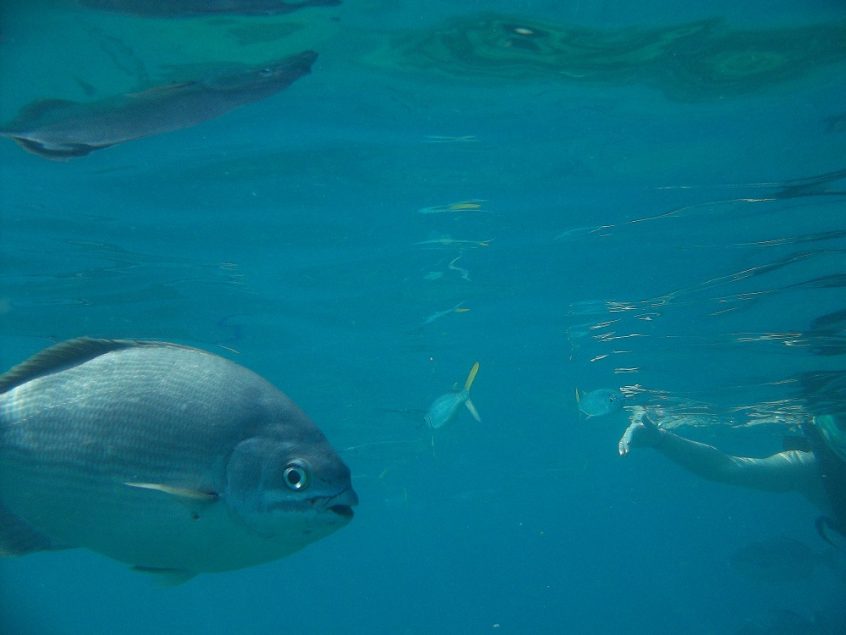 I witnessed Snapped Ankles live last year at Green Man Fest and they are one of the most surreal (Lone Taxidermist just pip them for genuine “what the fuck was that“) acts I’ve experienced. More of a community collective than a band; their log-driven, post-punk dance party festival sounds are incredibly unique and fascinating. Rechargeable feels less claustrophobic than the tracks on their debut, Come Play The Trees – it’s expansive, swelling and evolving through this dark-synth-punk noise, to this almost industrial howl and tripping electronica. From the stuttering, crackle of the opening salvo, it feels fantastical and enigmatic, especially on the chanting “we need, we need,  we need a pulse!” ending, complete with those percussive analog beats. It still sounds like perfect night-time driving music, which might seen strange, but try listening to their debut whilst on a night drive and you’ll see what I mean.  Stunning Luxury, their new album is out on the 1st March 2019.

Bristol’s Heavy Lungs wear their chaos for all to see. Vocalist Danny Nedelko (a beautiful immigrant) has an intimidating and striking rasp to his set of pipes, mixed with this nasally, snarl that fits this four piece and their angular, noisy punk incredibly well. The bass hums and seethes beneath the discordant guitar tones, which aren’t so much played, but beaten with a strip of thick hose, shrieking with this see-sawing howl of despair. Raw, intimidating and savage in execution, Heavy Lungs make a caustic and snarling cacophony – get on it pronto. You can pre-order the EP, Straight To CD from their bandcamp – nice.

Well this will clear any bowel problems. Featuring the likes of King Coffey on drums and Shit and Shine‘s Craig Clouse this pant-shittingly thunderous. Clouse is a strange soul, listening to even a fraction of the Shit and Shine back catalogue cements this, but under the USA/Mexico moniker, he gets to channel something slightly more straight, but by no means less terrifying. What vocals chew their way out of this are lost in this bombardment of bleak, consuming, crushing noise that fills the room. It’s thick like treacle or the tar that claimed the lives of so many prehistoric creatures, Matamoros plods towards you, utterly implacable, never giving up, never stopping. It’s the walk of the dead and it’s a grim and frightening descent. Pre-order now from Riot Season!

About fucking time they released something. The St. Pierre Snake Invasion (great band and great Twitter times) have emerged from wherever they’ve been dwelling to spit more venom into our faces. A crude, jagged drawing of a band, TSPSI roar with frothing gusto and hate on Remystery, a song, that battles its way between balls out aggro-punk to crushing stoner rock deviance. There’s moments near the end of this that remind me of the Melvins due the the sheer crushing power and the unsettling, and hollow-whisper tone of vocalist Damien. If this and Dick E. Mozart (from the Too Pure singles club) are an example of things to come, then their new album, Caprice Enchanté, is going to break faces.

Tiny Moving Parts – For the Sake of Brevity?/?Fishbowl

Tiny Moving Parts continue to prove that their mathy-emo-punk is better than everyone else. This double A-side features 2 differing styles to the calculus-core three piece. For The Sake of Brevity oddly tunes down the erratic time signatures; digging deeper into a heavier, more direct and sadder sound, mixed with loud, crashing chords. The guitars carry a sorrowful tune in places, whilst vocalist Dylan Mattheisen seems to feel a stabbing pain in every lyric, particularly “Antarctica, look what you did to us?” he croons, with the accompanying backing female vocals (similar to Feel Alive from Swell) giving an already morose and grim track more weight. Fishbowl on the other hand embraces the spirited punk rock zeal of last year’s Swell, and could have even fallen off the record at some point, a sweaty, joyful blast of energy. Purchase below from bandcamp.