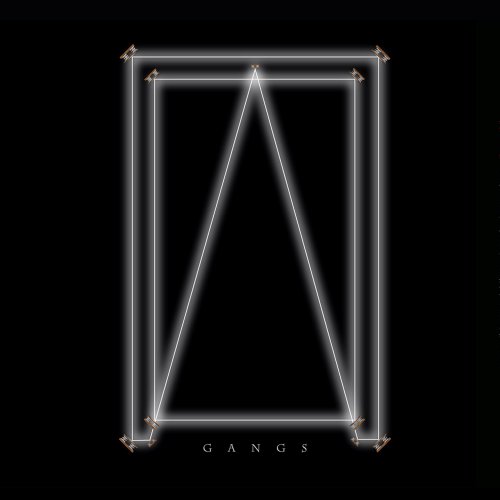 Band â€“ And So I Watch You From Afar
Album â€“ Gangs
Label â€“ Richter Collective
Release date â€“ Out Now
Sounds like â€“ 7 Billion People All Playing Instruments At Once; GANG.
–
â€œThis record exists because of people….these people keep us breathing, keep us inspired and allow this band to existâ€

Seriously, it has to be And So I Watch You From Afarâ€™s year by now. Tours with Clutch, Envy, High On Fire, 65daysofstatic, Oceansize, Trash Talk. Playing over 170 gigs all over Europe in 2009, releasing an excellent debut album, with a superb follow-up EP in 2010, not to mention playing SXSW festival, Lowlands, Pukkelpop, Sonisphere, Oxegen, Electric Picnic and being chosen as the main support for Them Crooked Vultures â€“ these guys should be dominating. Hopefully, â€˜Gangsâ€™ will be that album to thrust guitarists Rory Friers and Tony Wright, bassist Johnny Adger and drummer Chris Wee into even more of a blinding spotlight.

The thing to draw from â€˜Gangsâ€™ is a sense of great accomplishment. A sense of achievement; itâ€™s an album built from and about victory. Itâ€™s victory in the sense the album exists. That they had the chance and the ability to release more music, itâ€™s victorious music in that it actually lifts your spirits; it makes you feel alive, it makes you feel like you could do anything, be anything.

The first track, â€˜BEAUTIFULUNIVERSEMASTERCHAMPIONâ€™ exemplifies the triumphant nature of this record. In fact, in an interview with Rock Sound on the album, the band explain how they picked the four most uplifting and triumphant words for the title just to give it that extra fist-punch of complete and utter success. I love the fact it begins with a shout, followed by a cheer â€“ itâ€™s like having the sound of a guitar being plugged in on a Keane album. Itâ€™s a life-affirming opener; grandiose, over-powering drumbeats, wide, exuberant riffs, that sense of being, well….a champion â€“ being a winner. Even the builds in-between – all fast-paced guitar noodling backed by a steady beat that grows and grows, before exploding in a shower of glorious, submerging sound. Itâ€™s this positive, majestic cascade that acts as a superb introduction to â€˜Gangsâ€™.

â€˜Gang (Starting Never Stopping)â€™ has to be the fastest track recorded by the Irish four-piece. Despite clocking in at just over five and a half minutes, it doesnâ€™t outstay its welcome. The choppy guitar lines and half tribal, half-thrash drum blasts give it a frantic and fearful intensity. It has a vibrant, unhinged chaos; part math-rock, with elements of punk but yet a progressive dip, where it spirals and contorts into this tilting behemoth of compact energy. The bit where it all fades into the background, like someone re-tuning a radio, before the dial is re-spun and it all kicks back in is a stroke of genius.

Thereâ€™s something fairly sinister about â€˜Search:Party:Animalâ€™; which really does feel like it is sound-tracking some kind of gritty investigation, yet doesnâ€™t hold all the key facts, despite being on the cusp of realization. Itâ€™s a heavy and laborious weight of sound; metallic guitar screeches overlaying post-rock shudders and a progressive lurch of encumbering noise. Thereâ€™s elements of Amplifier-style space rock, visions of a collapsing wormhole during the moments when the guitars bend and twist, with sharp, erratic force. Without words, â€˜Search.Party.Animalâ€™ manages to scream the loudest on â€˜Gangsâ€™; itâ€™s an unholy, cosmic roar of accomplishment and sinister urging.

It wouldnâ€™t be an And So I Watch You From Afar album without some chanting: â€˜7 Billion People All Alive At Onceâ€™ is a song about the world. Beginning at a slightly muted pace, some eloquent drum rolls, crisp guitar plucking and a sweeping build that rushes forward; rushes with the speed of being dragged from the sea, being suddenly shocked awake, feeling yourself drop, leaving your stomach behind on a rollercoaster â€“ it rushes to meet you, sounding strangely classical, theatrical and heavy all at the same time. The â€œbahhh baaahs!â€ give it an anthemic, fist-in-the-air chant of brotherhood, companionship but more importantly, it makes the listener feel like they belong; they become part of the music, theyâ€™re part of and are…the Gang. Thatâ€™s what this second album is all about, itâ€™s about uniting people, itâ€™s about friendship â€“ itâ€™s about becoming a unit, forming together as one â€“ itâ€™s about being….well….a Gang (and Iâ€™m spelling that with a capital because thatâ€™s how it is.)

The completely Schizophrenic nature of â€˜Think:Breathe:Destroyâ€™ is yet another endorphin rush. Past the 3:30 mark, it completely takes off â€“ furiously determined thrashy rock music that is quite simply, spellbinding. It doesnâ€™t just make you feel good, it makes you feel on top of the world, like nothing can defeat you â€“ itâ€™s winning. The spiraling sprint of sound is quite simply bull versus china shop, with the bull always coming out the victor. Blisters on your fingers drumming? Check. Relentless, uncompromising pounding from stickman Christopher Wee, who buries the rest of his band members with his monstrous beats.

â€˜Homes â€“ Ghost Parlor KA-6 to…Samara To Belfastâ€™ is a 13 minute piece split into 2 parts. The first, is just under 3 minutes of emotive and somewhat bizarre, world music-style tweekingÂ  and twiddling. Here, And So I Watch You From Afar have a chance to spread their sound. Gone is that density – they seem to welcome a softer melody that holds an ethereal concept as well as a dream-like wash of colourful tone. The second half is a mind-bending experimentation of sounds. â€˜Samara To Belfastâ€™ slaps so much of the raw aggression of Baltimoreâ€™s OXES itâ€™s uncanny, yet the Irish boys manage to craft that unhinged math-rock style into their own image â€“ a headstrong rush of spirited optimism and suitably crushing riffage.

Closing track â€˜Lifeproof’ is a flourishing post-rock climax of overlapping noise. It gradually rises and rises to a destructive crescendo, striving to be something that is the be all and end all. It’s another case of And So I Watch You From Afar pushing their sound to the very limit; like having a jet engine blasted in your face, it strips away everything. It sounds like a closer, the way it rattles and hums with such pulsating intensity. The last 40 seconds or so fade out into what sounds like a rowdy marching band celebrating becoming true champions – a perfect and unpredictable coda.

You want a conclusion? I’m out of words – I’m out of synonyms – how about: ‘SUPERHYPERACTIVEEPICWINNER‘? Doesn’t do it justice really. ‘Gangs‘ is the best album I have heard all year; staggering beyond belief – this record takes you on a journey – through blissful destruction to a euphoric high of cascading riffs, hyperactive musicianship and leaves you with a sense of being undefeatable.