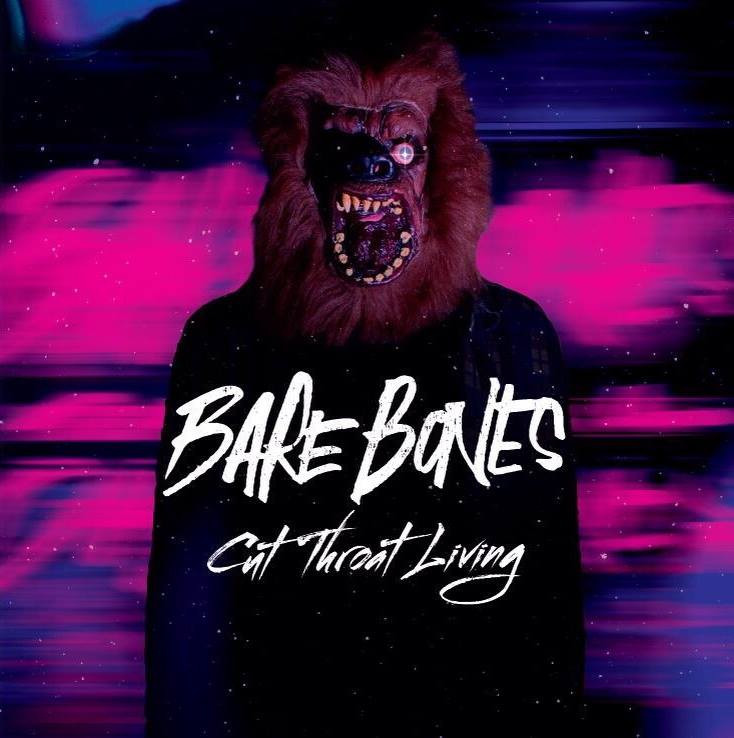 Band: Bare Bones
EP: Cut Throat Living
Label: None (self released)
Release date: August 15
Sounds like: The Smoking Hearts partying with Every Time I Die in a brewery

I’d put money on Bare Bones enjoying the occasional drink or 17. Hailing from Sydney, this is a five-piece ultimate party train, hammering at your door, brandishing several kegs of beer, wondering why the fuck has someone not put Motley Crue on the stereo yet. What hits you about Cut Throat Living is how abrasive and breathless these six songs are.  Like the now sadly defunct Blowgoat, this is drunk ‘n roll that will batter you around the head and body with its frantic and caustic speed, enveloping you in a sweaty bear-hug of six strings and swaggering bravado.

Opening instrumental Johnny in the Low Ground begins with a growing wall of disenchanted feedback, before bursting into a metallic blast of growling riffs and stomping drum beats, fading out in yet more scrambled feedback and launching straight into the savage stage-dive of Pipeline Fever. Coming across more southern metal than three chords punk, Pipeline Fever is a gritty, rasping twist of Cancer Bats hardcore meets rock ‘n roll fret-smashing delight.

Recent single, the riff-tastic Road Worrier is well worth your time. Edging more on the Gallows-side of punk rock meets melody, this is the beer-can smashing, punk rock good times, with snarling vocalist Tom Kennedy channelling zealous fervour and snapping rage into his acidic-vocal rasps. Cut Throat Lives has the pace of Trash Talk and a  massive chorus hook that hits hard and fast as the track struggles to keep on the rails, falling off them at the 1 minute 26 mark in a clatter of shrieking guitars and flailing drumbeats, only to regain control albeit a denser, more direct and destructive punk rock attack. Enjoy crowbarring that chorus out of your head, it won’t leave easily.

This is drunk ‘n roll that will batter you around the head and body with its frantic and caustic speed, enveloping you in a sweaty bear-hug of six strings and swaggering bravado…

Humble Wasteland is more in line with Maylene and the Sons of Disaster – stamping, southern rock twang, some frat-boy posturing, a weird rap-rock bounce and the obligatory gang vocals set this apart from the barbed hardcore punk attack of the previous tracks. Final track, Hell Painted Gold follows a familiar, aggressive stop-start pattern; agitation and scalding spittle flies from vocalist Kennedy, whilst the instrumental metal-meets-punk scuzz thunders around him.

Bare Bones are a strange prospect – juggling melodic passages with their snarling contempt and Pantera-punk rock fury is a tricky one to get right, but they manage to blur the two together and the results are the kind of fist-pumping hardcore rock ‘n roll that will see you swinging from the rafters come showtime – strongly recommended for fans of early-Bronx, Every Time I Die, The Smoking Hearts, Give Up The Ghost and any band that likes to neck beer until they can’t feel anything.