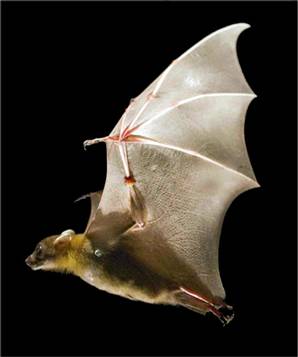 BATS could well be Ireland’s best kept secret. I’ll wager that hardly anyone knows anything about them and are more familiar with Australia’s The Bats. Anyway, I first discovered BATS at a gig, supporting the infallible Down I Go. I was blown away. They were an intense rush of pure adrenalin-fuelled snappy-punk rock that I couldn’t help but fall in love with. After downloading and listening to the demos on their myspace, I finally got hold of their EP “Cruel Sea Scientist‘ which I’m going to talk about in the next few paragraphs.

More bands need to write songs as snappy as opener “Death To Kent Hovind‘ – heck, it should be made compulsory. Despite only clocking in at 1.36, this aggressive attack on the American Young Earth creationist does its job in portraying the incredibly black humour BATS convey in their music. “FUCK YOU KENT!” Bats cry, before intoning the ominous chant of “AND BATS WILL DESTROY YOU!” (I sometimes find myself muttering this under my breath, particularly towards anyone that has wronged me, so y’know, watch out.) This is all backed up by the suitably ‘portent-of-doom’ grinding riffs, which only heightens the glorious loathing the song conveys.

After this, BATS take us on a journey involving the discovery of egg caches, the sinking of a ferry as well as mating sea anemones. “These Ones Lay Eggs‘ falls somewhere between the punk rock sensibilities of Trail Of Dead and the stop-start time change of previously mentioned touring pals, Down I Go. What BATS do best though, is the combination of this fiercely abrasive rock with some wonderful melodies that weave between the polar opposites of pop and metal, whilst their gravel-voiced vocalist fires off hoarse screams about making ‘compound yoke’ and other gruesome discoveries.

There are so many things to love about this EP; the truly fantastic art work is one, the quotes referencing the discovery of sea monsters is another, but it’s the songs and how beautifully constructed and rich they sound. Take the outro riffs on “Husband & Wife‘ – they’re played with such dexterity and conviction, emphasising the heart and soul the band have poured into this short body of work.

Although I’m not entirely sure of the band’s influences, I feel that Seattle’s Blood Brothers are responsible in some way. The aforementioned “Husband & Wife‘ is a prime example, containing the same dissonance in sound and furious post-punk tendencies as does the trippy and tortuous stomp of “Atom & Eve.’

Those of you sick to the back teeth of “indie-dance-pop’ bands and want some relief in the form of the darker side of post-punk rock, then check out BATS for a healthy serving of eggs and sea creatures. A cracking release from a promising and quite brilliant 5 piece that actually make me excited about new music.