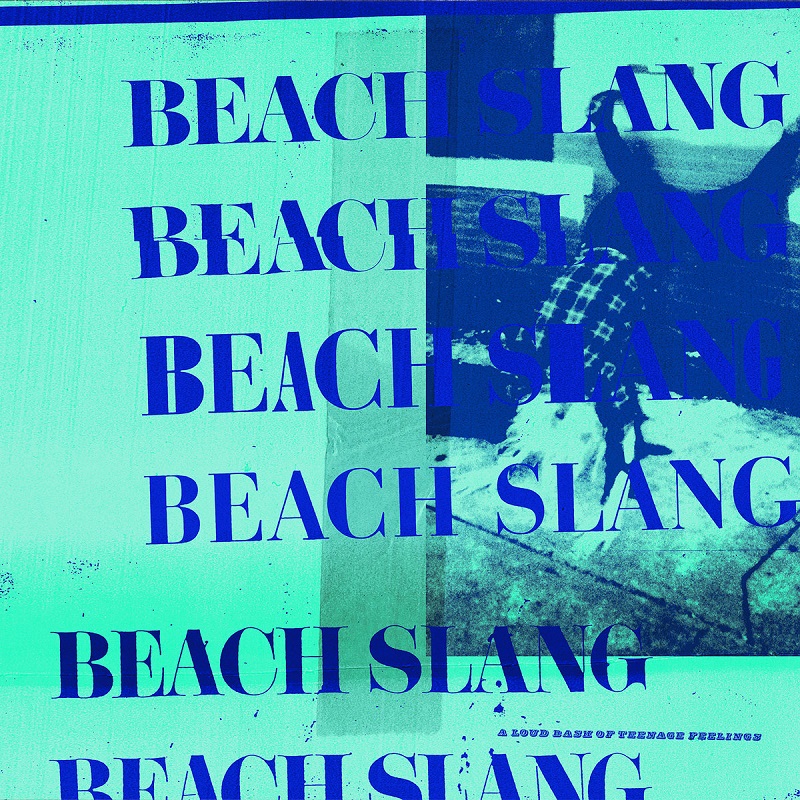 For James Alex, Beach Slang is another chance to have go at things. The frontman has already been around the circuit, as guitarist for stalwart pop-punkers Weston (remember them?) for a number of years and this angst-laden ball of sweat and three chords, a project he started in 2013, is already making some impressive waves (excuse the pun). Why are people suddenly listening to Beach Slang though, what makes them stand out from the plethora of other bands out there? Simple: having fucking great songs and each one of them reading like a mini-John Hughes film. The attitude that Alex has created with Beach Slang resides in that Judd Nelson-fist-in-the-air, “I Want To Be A NY Ranger“, “No dad, what about you?” realm of coming-of-age drama, unfolded over a brief and boisterous 30 minutes.

“Play it loud, play it fast…play me something that will always last…” sings Alex on the beautifully titled opener, Future Mixtape For The Art Kids cementing the tone of Teenage Feelings immediately – for this album, barely has time to slow down – in fact, only the last track, Warpaint, shows shines of taking an exhausted breather (in the opening 2 minutes that is). Seriously, the amount of quotable lines in this opener are staggering – this is the one the kids are going to go absolutely ape shit for on the live circuit “Stick your heart on your sleeve, if it breaks, stitch it on to me…” asserts Alex, punching you squarely in that heart (depending on where it is stitched). The rest of 9 tracks on offer catch a beer in mid air, down half of it and start whooping like a madman. Take Atom Bomb for example – it couldn’t be a more apt name for a song; a 2 minute explosion of teeth-shattering, pure-punk fury.“I’m too fucked up to burn out” –  spits Alex, smashing his way through the track like he’s racing to deactivate the device on question. A thunderous, pogoing anthem of pure elation and frustration wound tight, ready to erupt.

“Bathe my bones in alcohol, so I don’t have to think at all...” muses Alex on the melodic punk rock of Spin The Dial; a track which glorifies the hardworking life-cycle of a band constantly on the road, possible drug addiction, (“amplifiers sting my teeth and batter me with evil things.“) whilst preaching about having “a halo on my heart” to show that, even though it’s hard work, the results are virtuous. Or words to that effect. In any case, this is a tuneful, melodic slab of emotive, albeit pain-felt rock that Beach Slang have down to an incredibly tight and fine art. Speaking of which, Art Damage is a venting, caustic slab of freedom; of feeling alive packaged in some angular alt-rock – scrappy, raw and bleeding with vitriol and earnest youth.

“I can’t love you raw enough” is the standout statement on the slamming shoe-gaze punk of Hot Tramps; washed out with a gloriously smothering layer of wailing fuzz rock, whilst the exhilarating thrill ride of garage-nuance that is Punks In A Disco Bar, scythes past, distributing pop hooks like confetti at big-fuck-off wedding, fuelled by the statement “I punch my heart and flex my mouth” on a song that’s clearly about abandonment issues, but harnesses the emotional loss and channels it into this angry and fervour-drenched vent.

The pun-tastic Wasted Daze Of Youth in the sister-track to Atom Bomb; where the former windmills its way through everything, the latter is a 2 minutes and 8 seconds of crunching, heart-felt fuzz-punk of young love and devotion (“I kiss your mouth to taste your spit”) and is perfectly summed up with one of my favourite lines from ALBOTF, in the form of: “carve ‘I want you’ in my arm/cover up my sins in truth” – cracking stuff; feel that bruise on your chest? That’s Beach Slang leaving their mark. I cannot seem to shake a Japandroids feeling from Young Hearts (in fact, a lot Beach Slang makes me want to listen to Japandroids) – song titles eh? This is stumbling out of the bar, several beers to the wind, fireworks erupting in the background and the feeling of unrelenting bliss in four minutes, celebrating the nothing kids and those that live in the gutters.

What is remarkable about Beach Slang, is that every single one of their songs will make you want to go out and buy a guitar and start playing, even if you can’t hold a note or carry a tune. A Loud Bash Of Teenage Feelings is a a rallying war-cry, of bruised, frustrated and awkward punk rock mashed together via James Alex’s halcyon-storytelling and breathless, positive determination – cherish it to the heavens.

Crack a beer and listen to A Loud Bash of Teenage Feelings now:

“There is heaven in these streets…”