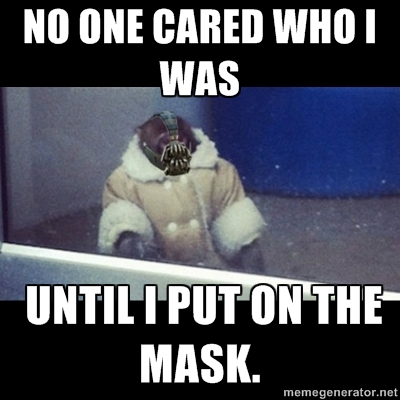 Here are some words about my favourite/tracks you NEED to hear from this year.

â€˜Firstâ€™ sees Josh Scoginâ€™s The Chariot pushing metal music to more extreme measures. After the initial minute long blast of furious and taunt metallic hardcore, the second half of this is a spaghetti western. Yes really. Foot-on-monitors style epic rocking at the end guaranteed.

Could have mentioned any song from â€˜Celebration Rockâ€™ really. You know where you are with Japandroids; all their songs are awesome and will make you feel awesome. As opening tracks go, this is one of the finest of 2012; fireworks, huge drumming, washed-out guitar fuzz, â€˜woahsâ€™ and lyrics shouting for you to gather your friends and as much alcohol as you can and have a fucking great time.

Torche â€“ Walk It Off (from â€˜Harmonicraftâ€™)

Sounding like Queens of the Stone Age, gone punk rock, â€˜Walk It Offâ€™ is Torche racing to the finish line in a vehicle devoid of brakes, steering and proper maintenance. Absolutely heart-racing guitar squeals thunder this 86 seconds of stoner-pop brilliance out of the ballpark.

Ah Death Grips and their WACKY adventures through time and space. What will those CRAZY guys get up to next episode? â€˜Hackerâ€™ is obnoxious, arrogant and repellent â€“ but thankfully itâ€™s a strutting and explosive whirlwind of mangled hip-hop, explosive beats and layers of clashing samples. No â€˜insâ€™ and â€˜outs.â€™

Sounding like someone bashing a load of rusty bins apart inside a larger bin; â€˜Wet Blanketâ€™ by METZ, is an eerie, blast of trashy-punk rock, fed through battered speakers, spat with distaste and conceit. This will make you want to take up the guitar â€“ and smash it into a wall of amps.

A toss up between this and â€˜Stem Cellsâ€™ â€“ but â€˜Heat Deathâ€™ wins out, due to the fact itâ€™s quite frankly, so completely out-there it deserves a special mention. Constantly evolving and devouring, â€˜Heat Deathâ€™ is a stuttering, punishing, depth-filled rabble of harsh musical terror.

Filthy, sleazy, depraved garage rock, that oozes with sneering lust and a squelching, guttural riffage. If DZ Deathrays were a character in a movie, they would be the slobbish, braying, wise-cracking sidekick who drinks alcohol for breakfast, but still bangs more chicks than you, simply because theyâ€™re much cooler than you and donâ€™t give a shit.

Her Parents â€“ Thereâ€™s A Body (from â€˜Physical Releaseâ€™)

Sounding like the most fun you can have with a bunch of guitars and a drum kit, Her Parents trash their instruments to pieces during 2 minutes of splatter punk goodness on â€˜Thereâ€™s A Bodyâ€™. The guitars scrawl a messy trail of destruction, whilst the vocals are spat with a throaty but enthused venom.

Just lots of bass on this really. Future of the Left deliver more acid and more gnarled, furious hard rock on a song littered with bonkers lyrics (â€œwaiter, waiter thereâ€™s movement in my soup, I swear I saw a chicken making eyes across the table at meâ€¦â€) and a sense of creeping dread.

A Spotify playlist can be found here, featuring the above 10 tracks, plus 20 others for your listening pleasure. Enjoy!