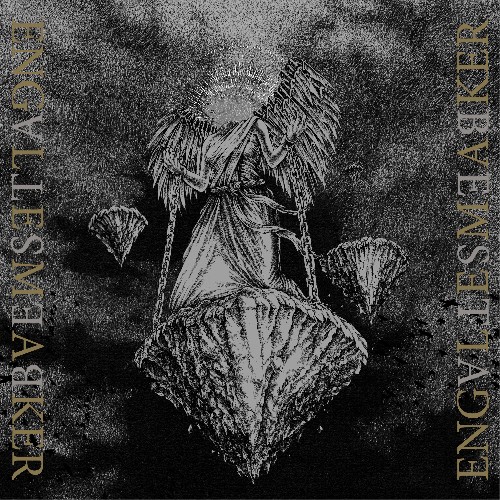 According to Englemaker‘s facebook they “tune their guitars to C# like Master of Reality, listen exclusively to Bolt Thrower and the ZZ Top Eliminator album, and are currently planning to come and lay waste to your town.” Which is the second time that Eliminator has been mentioned to me today (the first was Henry Rollins talking about it his Black Flag memoir, Get In The Van).

Hailing from Oslo, Englemaker are an abrasive and savage bunch and have produced 3 of the most caustic and blood-thirsty songs I’ve heard this year. The vocals switch from rapid-fire shouts of ignited fury, to throaty, phelgm-filled barks. The brash beatdown of DrÃ¸mmestille, channels the jock-hardcore of Hatebreed, laced with a sludge-metal groove and will cause severe neck-ache what with all the headbanging you’ll be doing. De siste dager is even more furious – sounding like the Rodeo Idiot Engine breaking apart; the drumming is a bludgeoning, smashing assault. It’s a wonder a song or even structure exists, such is the unrelenting frenzy of Engelmaker. I aske is like listening to a Nails album crossed with the stamping, rock ‘n roll debauchery of Kvelertak. The dense and cathartic choke slam of Engelmaker is a riotous and crushing wake-up call.

Hailing from Oslo, Englemaker are an abrasive and savage bunch and have produced 3 of the most caustic and blood-thirsty songs I’ve heard this year…

On the flip-side, Portugal’s BestaÂ  are just as savage, if not more so. Their take on hardcore punk, is darker, glistening like a fresh open wound – horrifyingly suppurating and stinging.Â  Described as “Napalm Death meets Bad Brains = Besta” this isn’t far off being wholly accurate. The gnarled, twisted fury of O Nevoeiro tears past in a minute; a harrowing grinding thrash of Ed Gein-style chaos crossed with Slayer that sounds like it’s been dredged up from hell. Na Boca Da LoucuraÂ is a gruff, throaty scrap of malevolence, whilst Eles Vivem is an utterly punishing black metal assault – double-fast drumbeats and are smothered in buzzsaw riffage and vocals that are spat like fiery globs of acidic venom. The breakdown is particularly crushing, with a low-end, apocalyptic grind of scraping hate. Final track, Principe Das Trevas, coats riffs in thick layers of dirt and grime to create aÂ  destructive crust-punk thrash and howling, gritty feedback for good measure.

With 7 tracks and a total running time of around 12 minutes, this Split 7″ is a brief, neck-straining, hazardous encounter. The raw-aggression and rock ‘n roll destruction of Norway hitting hard into the snapping, hell-dimension grind of Portugal makes for one hell of an EP.

Click on the player below to listen to a sample of Engelmaker making a shitload of noise.