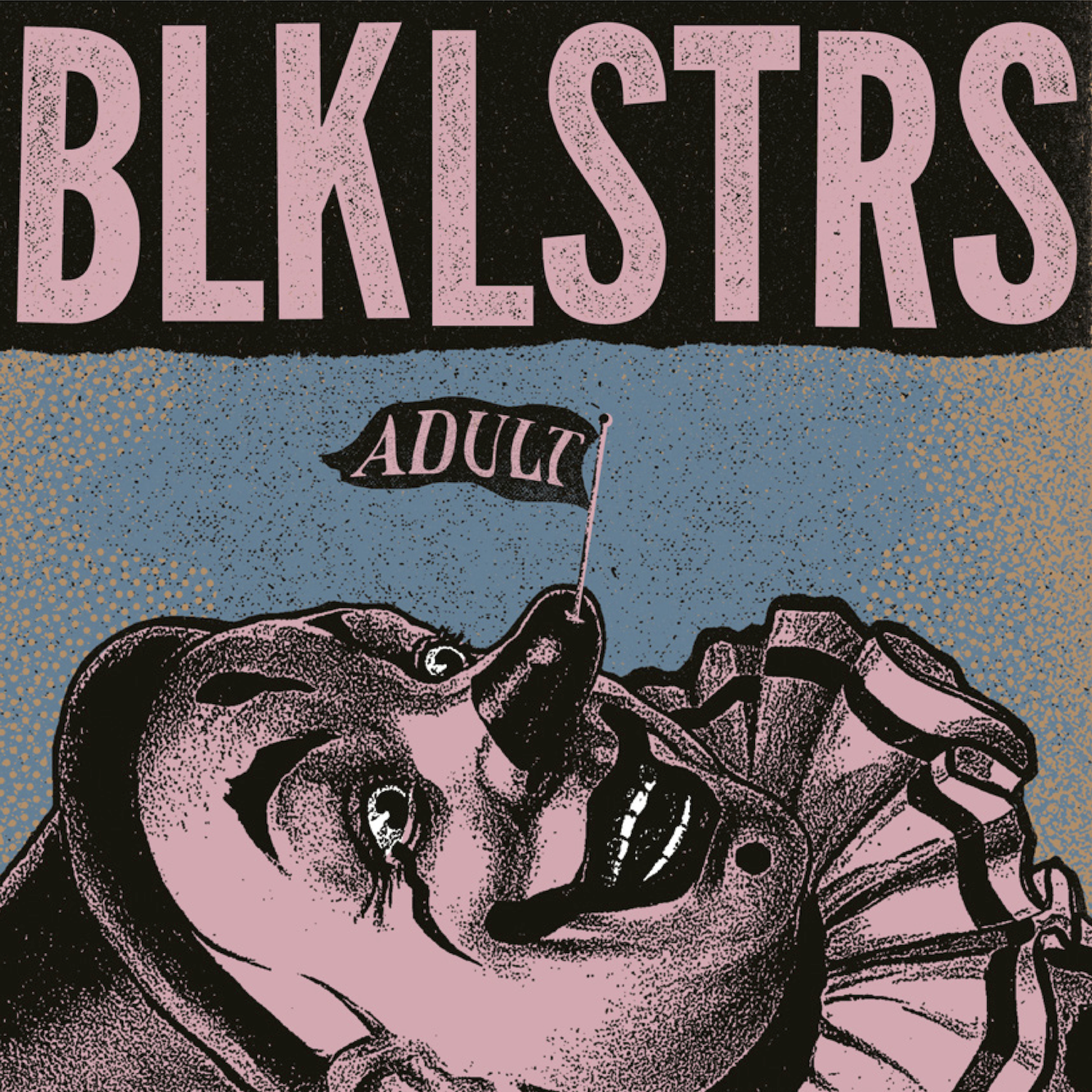 Band: Blacklisters
Album: Adult
Label: Smalltown America
Release date: Out now
Sounds like: Taking your shirt off. Vomiting in a bin. A Kasabian best of.

The bile that races through the veins of Leeds’ Blacklisters is flecked with hundreds and thousands made out of spite and toxic laughter. Their concept of anything vaguely normal is an utterly redundant feeling – sounding like they’ve set fire to their instruments before they’ve started playing them, the songs (if you can call them songs) on their second album, Adult, are utterly and uncompromisingly vicious, madcap and brilliant.

Lead single and opener, Shirts, is a caustic tale of lunacy about wearing shirts (naturally), “I’m not butch, I’m lucky swell...” snarls vocalist Billy Mason-Wood as he recounts the delights of wearing…well…a shirt. These kind of levels of nonsense are kept up with the volatile and discordant thrash of Cash Cow; strained guitar wails, throbbing bass hums and Mason-Wood’s frantic and garbled diatribe of near unintelligible ranting. Current best song title this year goes to the distorted racket that is The Sadness Of Axl Rose, which is a mesmeric slab of stabbing, jerking energy layered in grumbling distortion and almost indecipherable screams, yelps and howls.

Label mates and sometimes touring buddies USA Nails share similarities with Blacklisters, as a familiar vein of morbid humour and that nasty, scathing guitar tone runs through Adult to a massive degree. Tracks like Big Ticker reach uncomfortable levels of pure prog-noise hate – from the opening spoken-word rant, backed by the rumbling bass and drums, to the spiralling finale of twisted wreckage – it doesn’t let up for a second, lending an unpredictable nature to Adult. The nasty creep of the bass-driven Weasel Bastard is stark and unsettling, married nicely with the scribbled punk rock puke of I Knock Myself Out, which bludgeons mangled chord after mangled chord into a brief 2 minute splatter and begs you to do what the song title says, as this spiralling turmoil of chaotic hardcore rips itself to shreds in an effort to reach a ragged and bloody conclusion.

Dream Boat sounds like a nightmare – the muted conversation mutterings behind the slow, post-punk build feel like there’s another voice in your head trying to issue sadistic commands and it just keeps on going. You think something will suddenly change, but instead, Blacklisters just turn the amps up, roll around over the pedals and continue to construct this suffocating wall of mind-bending noise, supposedly only stopping when they’ve finally got fed up.

Power Ballad is the polar opposite of its namesake (as you’d expect) a sickening, warped caterwaul, guitars squealing like slaughtered (stuck) pigs and the drawled vocal slurs, that shift to blood-curdling screams – it’s total destruction fed through a noise-box of malice. Penultimate track, entitled Priss,  sounds like it’s stalking you – from the menacing, repeated guitar notes, to  the creeping bass, and the emotionless ranting from Mason-Wood’s lungs, (“I’m a sinking ship” repeated until death) that soon evolves into a mutation of sludge-punk fury of Pissed Jeans aggression and agitation.

You know that behind that clown face on the album cover it’s screaming to be released from its prison. This is totally fucked. Buy it from Smalltown America and commence rocking back and forth in the dark.