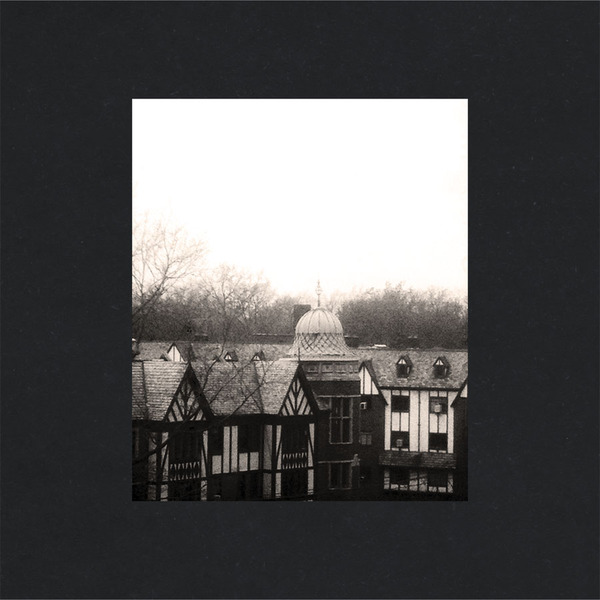 Reminiscent of San Diego’s Wavves; Cloud Nothings started as a one-man project by guitarist Dylan Baldi back in 2009, making fuck-off amounts of noise in a basement. Now, in 2014, with two albums under his belt and this, his third (now with a full-band line-up) Cloud Nothings look to be in a bloody excellent position to equal or even eclipse 2012’s critically acclaimed Attack On Memory.Â Here and Nowhere ElseÂ is a somewhat dense album; the guitars are so, impossibly thick – submerged in a coating of grit and itching with determination, whilst the scuzzy drumming provided by Jayson Gerycz is a blister-inducing ramshackle of chaos.

This is bound to divide opinions and at the risk of pigeon-holing; Cloud Nothings really are nailing pop-punk to the floor and jumped up and down on it, with sweaty, furious abandon. Here and Nowhere Else is a brief and brash affair, clocking in at just over 32 minutes and is a pithy eight tracks long and is an absolute riot of blistering energy, wild joy and scuzzy delight from start to finish.

Opening track Now Here In begins with a dirty bass grumbling, that evolves into a spluttering, punk rock charge of careless, yet tuneful noise that wouldn’t sound out of place on a Queens of the Stone Age record. There’s that slight stoner-rock edge, dragged through the mud and grime by the armoured-truck battering of Gerycz’s stickman-skills, Baldi’s rusted chords and the unearthly rumbles from TJ Duke’s bass. Baldi vocal rasp gives the impression that he would rather be anywhere else than here; you can almost hear his lip curl into a cruel sneer, as he blankly recites his words, each tipped with drunken insolence and a side order of “fuck off”.

The No Age noise-pop scramble of Quieter Today is spat with rasping determination – Baldi’s vocal chords are a scratched, gnarled bark, whilst the vocals are brimming with a positive outlook: “every time I feel okay, my heart moves forward” he mutters and you believe him. For all the scrappy, nonchalance, Baldi wants to feel that sometimes the glass is half full.

Here and Nowhere Else is a brief and brash affair, clocking in at just over 32 minutes and is an absolute riot of blistering energy, wild joy and scuzzy delight…

Chances are the tempo change in the punk rock fury that is Psychic Trauma will absolutely flatten you. What starts off as a plodding, Weezer meets grunge opening, it soon explodes into a frantic, hook-filled swirl of rampaging energy. Think Thee Oh Sees thrashing their instruments to oblivion, whilst the last 30 seconds is a delirious rush of caterwauling cymbal crashes and mashed-up chords. This is wrecking energy packed into just under three minutes of angst-filled, gnashing punk rock and Cloud Nothings absolutely batter that one home – trauma-inducing indeed.

Just See Fear is a spirited slab of jangling, guitar pop, that shifts pace and tempo all over the place, twisting from straight-forward, pogo-friendly punk to stop-start, crunching chords and rising, discordant snarls. Baldi’s vocals on Giving Into Seeing, reach that rasping, guttural yowl once again – his cry of “SWALLOW….SWALLOW…SWWWAALLLOOOWWWW!” sounds like Patrick Bateman ordering a soon-to-de-departed hooker to perform yet another depraved act. Oddly, the second half sounds like Baldi’s wandered off into the woods to be at one with nature – the eerie, swirling crescendo of twisting guitars, and haunting vocal mutterings, sound lost within a dark forest.

“You don’t even say you care and I don’t even talk about it” yells Baldi on No Thoughts, a line that grows in hate and intensity the more it’s repeated over a snotty wave of grunge-punk dissonance. Indeed, when Baldi reaches the song’s coda, he’s bellowing the lines with such frustration and bleak brusqueness. This is quickly followed by the seven and a half minute romp that is Pattern Walks, which starts off on familiar Cloud Nothings ground – before it descends into a vortex of almost-shoegaze-style fuzz, overlapping, riffs, melded-together vocal lashings and scrawling, tangled feedback.

“I’m burning out, to be here and nowhere else” drawls Baldi on album closer, I’m Not Part Of Me  (if you’re concerned about the eyes, it’s okay, I don’t see them…) a track that mixes moments of melancholy and a definite ‘end’ yet, still feels full of frantic, unhinged joy and rapture. Like early Blink 182 without the polish, it’s rough and ragged around the edges, with flecks of the encompassing hug of a particularly raucous Japandroids track.

A rough day = this album being played loud. A great day = this album being played even louder. Cloud Nothings may not be reinventing the hovercraft here, but the strength of these eight powerful and accomplished punk rock tunes that are soaked in energy and raw, scarred emotion make Here and Nowhere Else an album that will comfortably be riding high in many end of year lists. Wavves should watch his/their back; this is a killer.

You can order Here and Nowhere Else from Music Glue (UK).