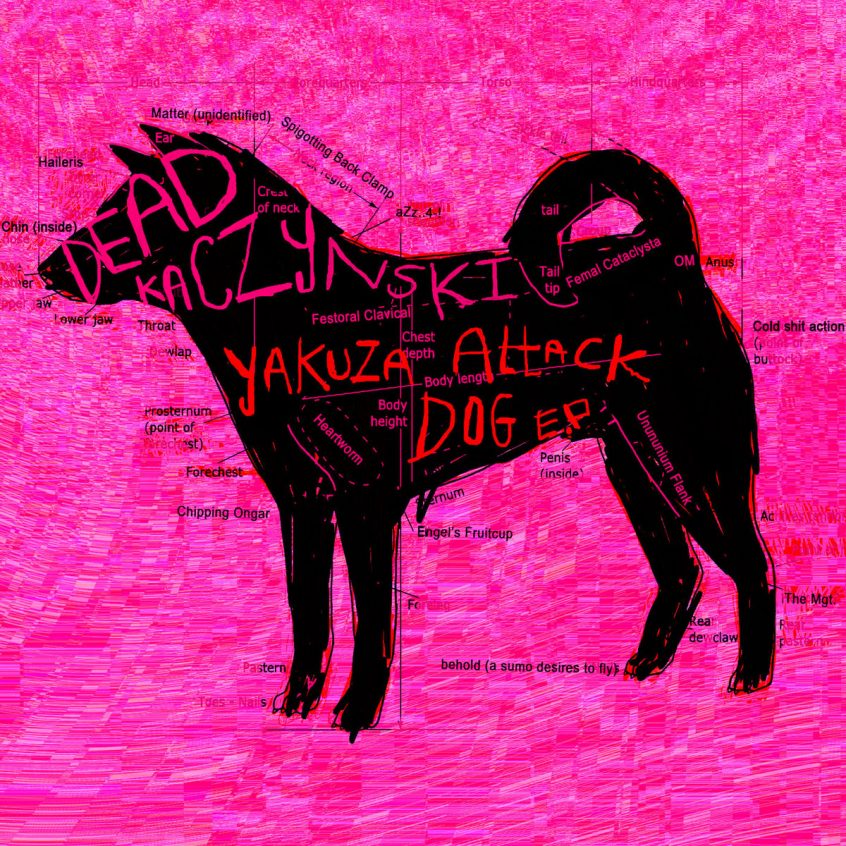 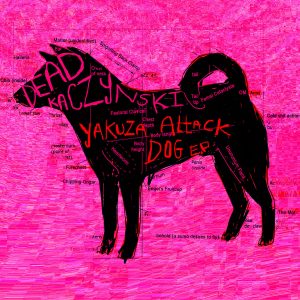 The rather excellent name for this EP derives from a scene from the film Gozu, where a Yakuza gang member is convinced a Chihuahua dog has been sent and trained to kill his boss. We’ve all been there though, right?

Dead Kaczynski are an angular, furious bunch, previously featured in this write up of recent single, Mr. Scratch and they’ve only gone and recorded an EP to go with it, nice one chaps.

There’s a definite sense of unstructured nonsense to the Dead Kaczynski sound; the output on this short and sharp 5 track, 11 minute battering fits somewhere in the realms of batshit chaos and tearing yourself apart in a wild, spinning vortex of sound. Let’s begin with the first track, Intro to Cuba, a 55 second clattering of stabbing percussion, kazoo squawks, barking shrieks and this horrific elongated scream. Following shortly, is the snarling post-punk stab of the aforementioned Mr. Scratch, and it’s still as deliriously disruptive, chewed up and furious as the first time I heard it. It all builds to the noxious belching noise of Hey Scabs! which doesn’t mess about and lets you know it’s the most dangerous and volatile thing in the room. Vocals are buried in this huge wall of noise-rock bludgeoning power, dragging in those USA Nails elements of nihilistic tension and the desire to make a huge, uncompromising racket.

The most ‘normal’ sounding song on this EP, is possibly the creeping dread of Slanderman, (fitting really) which builds on this sinister intro, before launching into a scathing, feedback-drenched salvo of sweaty, aggressive and agitated punk that draws on elements of stoner, noise and even post-rock in places. Final ‘track’ if you can call it a track, is How I Felt At Your (Part E), which sounds like it was a piece of something much bigger (assuming, parts A to D exist somewhere in the Dead Kaczynski realm). It starts with a rousing serenade of kazoos (instrument of choice) and then begins to pull itself apart, and reform bit by bit into a grotesque entity. The only thing to really attribute this to, would be a band closing their set as they slowly dismantle the drumkit, screaming into their pickups, mashing their pedals and finally cranking the amps up to full, smashing the guitar through the amp and walking off. It’s essentially a set ‘closer’ distilled into 3 and a half minutes of Lightning Bolt-esque anarchy and derailment.

You can stream/buy/hoot your trap off to the Yakuza Attack Dog EP below. Treat yourself.