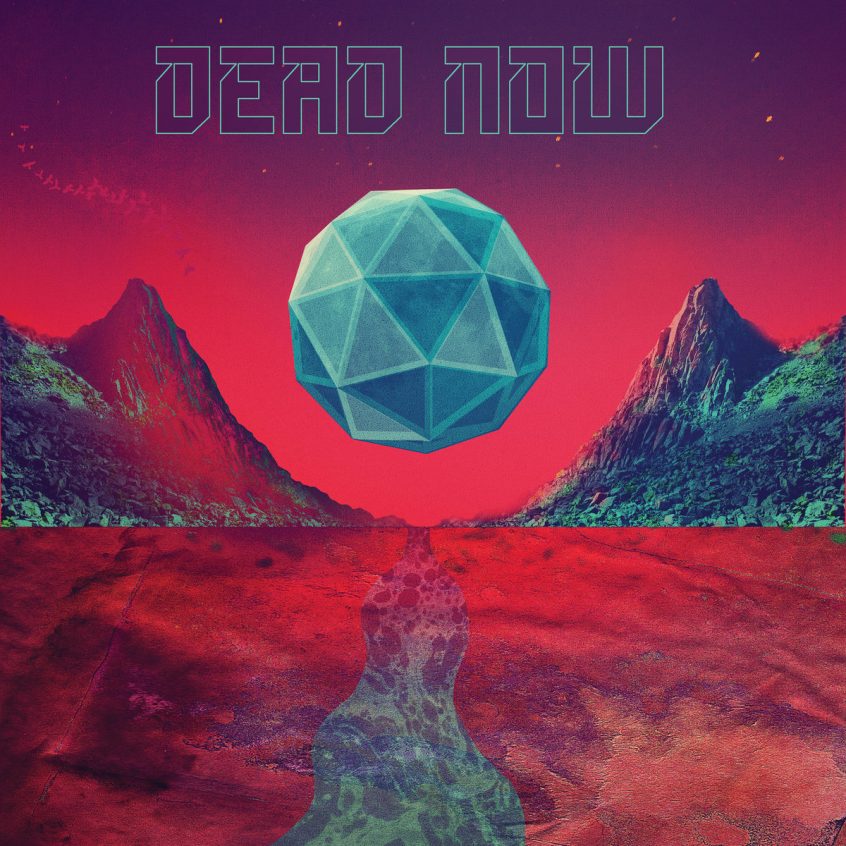 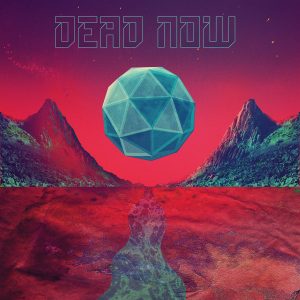 Have you been thinking “not enough riffs about this year.” May I introduce you to Dead Now and their absolute onslaught of churning, boiling noise? Since leaving bomb-string makers Torche at the end of 2016, Andrew Elstner has been quietly (or should that be loudly?) working with bassist Derek Schulz and drummer Bobby Theberge of experimental rockers, Day Old Man, to create a new band, Dead Now. This self-titled mini-album packs a hell of a lot into its modest running time, but doesn’t disappoint in the slightest, it’s utterly crushing, like Sarah Connor taking out the Terminator with a hydraulic press – spicy.

Those familiar with Elstner’s former bands, namely the excellent Riddle of Steel (seriously, if you haven’t checked these dudes out, do it now) and the ridiculous guitar theatrics of Tilts (again, get on it if you haven’t already) you will find a lot to smile about with Dead Now, I assure you. First thing to note is the production on this, it’s an incandescent wall of vibrating, encompassing energy and power. The bass is this grinding crunching thump, whilst the expansive and sporadic percussion will make your teeth rattle out of your head. Then we come to that guitar – cranked beyond 11, we’re in amp-melting country with this absolute bastard of sound that bursts forth. Brunette is a clear example of this – fading in under an elongated hum, it pushes the levels of your speakers through this eerie whine, before letting loose with that crunching bass tone. Elstner’s voice soars over this dirty, space-rock vibration, as it gallops and pounds its way forward with the hulking, crushing speed of Red Fang launching their guitars into the ceiling, whilst downing several beers.

The wonderfully titled Ritchie Blackmourning doesn’t hide the fact that it’s just as ridiculous as its pun-tastic namesake. It swaggers into the room on this poppy, stoner-rock flamboyance, high-fiving as many people as possible. It’s the absolute centre of attention, a bouncing, joyous slab of fizzing, Mastodon-tinged party metal, which will etch a massive grin on your face.

Bird Leaf spirals down a wormhole of prog-rock insanity in its epic, “foot-on-monitors” finish; an absolute monster, a raging, crushing, roaring creature of the night. Think Cloverfield demolishing buildings, completely unhinged, out of control and ultimately, freeing. Dude, it’s fucking heavy as hell. On this, Elstner is venting his frustrations at the world against the difficult time he’s experienced over the last couple of years, losing a dear friend, Ken McCray, as well as exiting Torche. But with Dead Now, Elstner is back in control again and he’s bringing the fuzz and also, the fun with Schulz and Theberge, as all three obviously had an absolute blast recording this and it speaks volumes.

The chain-rattling guitar strangle on Powershapes is wonderfully guttural. The expansive, swamp-metal throwdown on this is disgustingly heavy and crushing; it drips with meaty precision, whilst Elstner’s proggy, 70s-style rock vocal yelp, is tinged with elation and Journey-esque wonder, alongside the rampant cowbell. Then the build on this, sweet mother of god, the prog-rock tendencies shift into overdrive as it spirals down the rabbit hole of psychedelic nostalgia, with the last minute devoted to smashing itself to pieces under such intense speed. Warning, drive to this at your peril – even the band reference at the end “do you want to go any faster?” With the sign off “no, that was great” and it fucking well was lads.

There’s a deliciously groove-laden vibe to final track Motorekt – a blast through the wormhole of space-rock insanity. This twists, collides and warps like a hallucinogenic trip, folding over itself, tripping through this ridiculously upbeat opening torrent of rapid-fire turbo-charged rock ‘n roll, before slamming into the stoner- rock throwdown, that brings to mind the anthemic silliness of Monster Magnet arm-wrestling Truckfighters over the last amp. It’s deranged, it’s exciting, it’s ludicrously relentless, breathless and an absolute detour to what you would expect for something that skirts around the desert-rock palette. Dead Now are definitely bringing something new to the table.

At five tracks, this self-titled effort is brief, but an interesting toe in the riff-churning water of what Dead Now are all about. This feels like an appetizer though, sure, it’s succulent and mouthwatering, but the main course is sitting in the kitchen somewhere being slowly prepared and I’m itching to sink my teeth (ears) into it. Obviously, fans of Torche, Mastodon, Tilts, Riddle Of Steel and anyone who breathes oxygen with working ears should be on this like a shot.

Stream Dead Now’s cracking debut album below and riff your face right off your skull and throw it over a mountain.