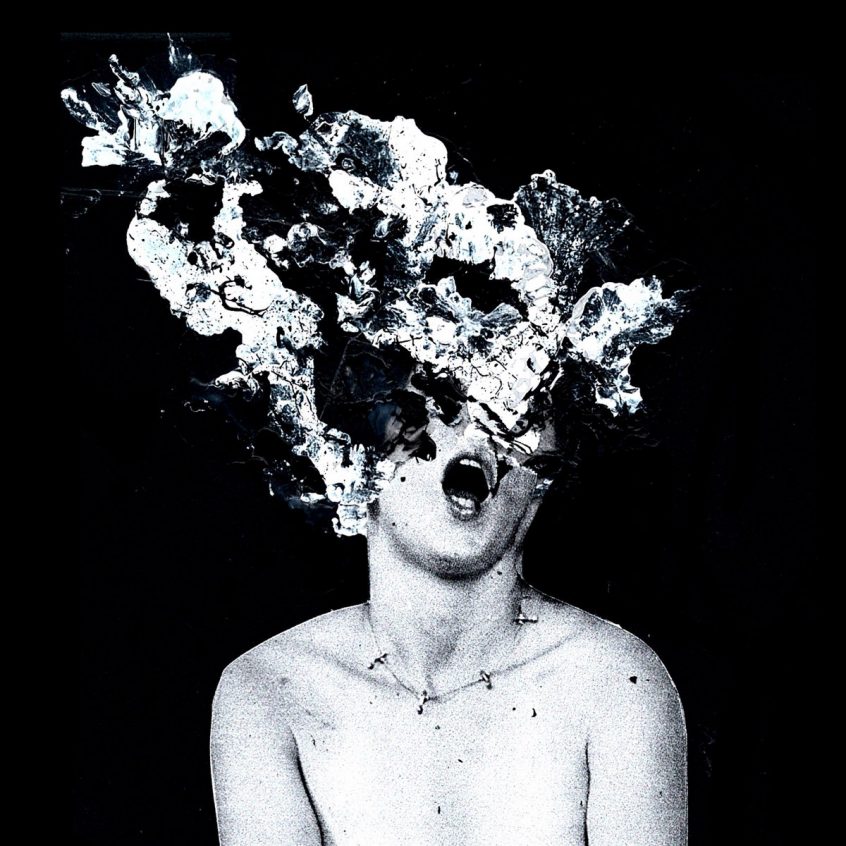 Let’s not mess about here, because it’s clear that Virginia’s Demons, who we’ve featured here, sure as hell have no time for pleasantries. Hell, they barely have enough time to devote to this new EP, which clocks in at just under 6 minutes and consists of 4 heart-racing, blood-pumping slabs of furious, scathing noise rock. 2021’s Privation got in and out through its 30 minutes run time, with the last track, St. Luke, longer than the entirety of Swallow, by 20 seconds or so.

The opening track, Inauguration Day, follows a steady build of guitar and drums, and after the 30-second mark, roars out of the gates with this thick, macho, hardcore stomp, which reminds me of Hatebreed drenched in feedback, and if the guitars were a lot messier and scathing. Public Art takes the reigns and steers everything out of control, all scything, see-saw riffs that bring to mind the quirkiness of the Blood Brothers, with this marching, barrage of crushing, Botch-like riffs, akin to getting your head kicked in and then ending in a squealing mass of noisy, discordant feedback.

It’s as if each song on this has been given the instruction “so, like before but heavier, much heavier.” That’s what it feels like on Nothing At The Bottom which takes the familiar template set out by the first two tracks and just goes for broke, all the dials slammed into the red, sounding like Motorhead meets METZ, to begin with, before, lurching into this mathcore spiral of wailing guitars and bludgeoning heaviness. The final track, Albatross is absolutely savage, to begin with, the guitars shred and howl with glitching, Dillinger Escape Plan instability, whilst the rhythm section decides to chuck itself down some stairs and see what it sounds like on tape – fucking noisy lads. It’s a song that is trying to pull itself apart at the seams, frothing mad for 20 seconds, then coming to terms with its insanity in the doomier moments, before rushing full-on into the fireworks factory and losing its mind once and for all.

Where there were moments of breathing space on Privation, there’s none on Swallow – the decision to finish these songs as fast as possible has created a spiky, aggressively anthemic slice of roaring, breathless chaos. Bloody wonderful.

Buy/stream/go nuts to Swallow by Demons below via Bandcamp.