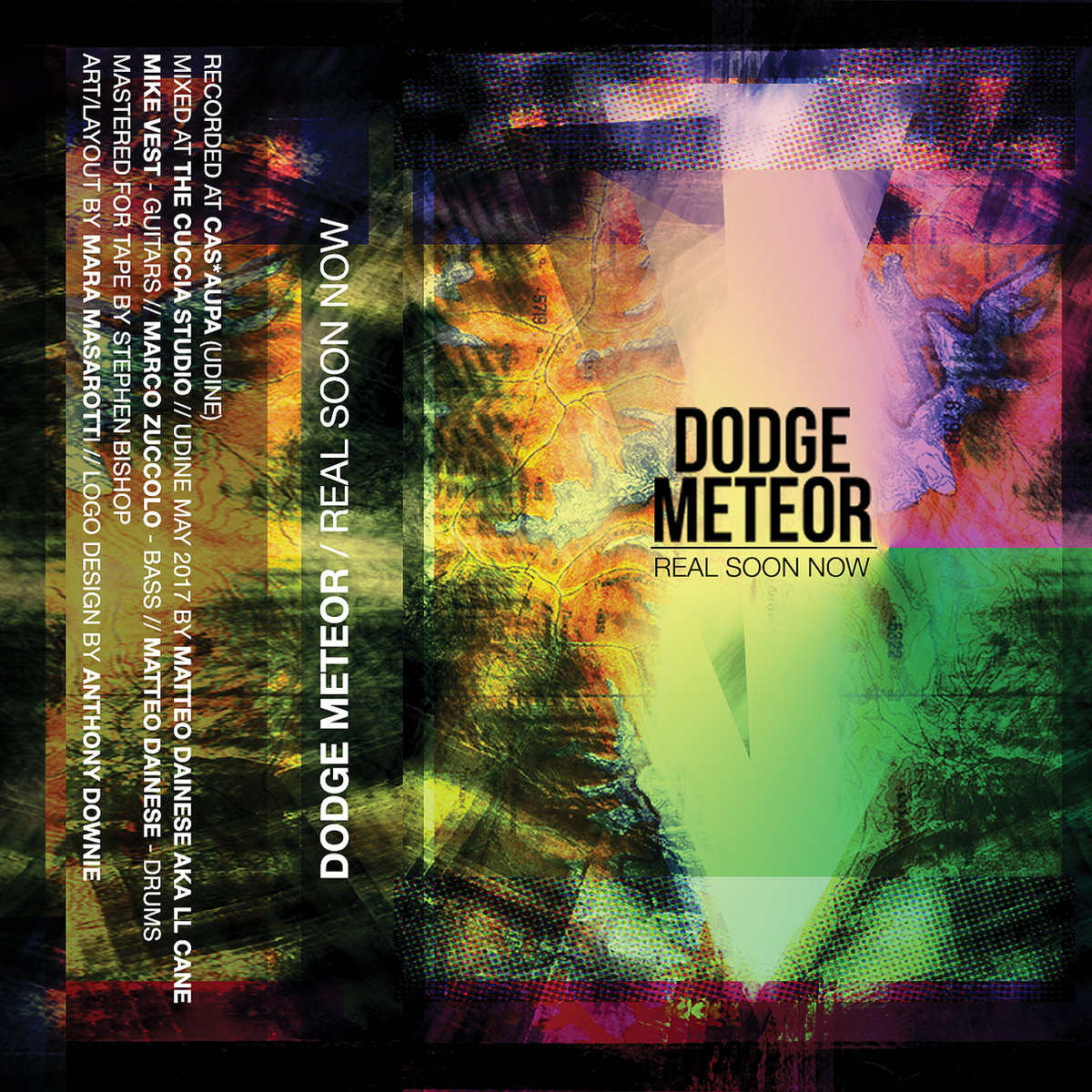 Where some artists create with paint, feelings or whatever, Dodge Meteor create with riffs and by create I mean splatter everywhere in a turbo-blast of raw, bleeding power. Guitars howl and morph into each other through a colourful spectrum of bending chaos, whilst the crunching percussion hammers a thick, marching beat of dread. The 7 minute spiral that is Zero Compound is a groove-laden shred of squealing guitars and a similar rhythmic drive that reminds me of instrumentalists, Karma To Burn. There’s that slight stoner-rock vibe on this crunchy and sprawling opener, that gets progressively more complex as the dynamics build into an almost Zeppelin wig-out of rampant noise. There are moments though, where it’s not all chaos – on the trippy Spun Out On A Hexagon, Vest and Co ramp up this psychedelic tendencies to an almost shoegaze tone, before diving back down into the contorted, unbalanced wail of noise. Seriously, the guitars in the last minute or so sound like the whammy bar is being beaten against the strings with a hammer.

The spaced-out calm of Relax Yourself, mixes moments of crunching post-hardcore, with buzzsaw pop-rock guitars and this vibe that you are floating in space. You are adrift, content to ride the stars and the darkness towards your next destination. The moments where is speeds up though are heart-racing, a ramshackle, spaceship in hot pursuit through an asteroid field, bouncing around the space debris, determined to escape. Even though it begins with a wig-out of dark, shifting intimidating noise, the brooding mind-bend of Himalaya is oddly relaxing; it’s a thoughtful and sonically majestic slab of fuzzed-out psych-rock.

The huge monitor-flipping climax of Enemy Flotilla is a heavy and heady rush of space-rock obliteration. You can hear the squeals of the thrusters as they start to power-down and the groan of the ship as it the hull begins to buckle under the tractor beam around the 4 minute mark. Yes, this sounds like a doomed space journey and all you can do is wait for Unicron to begin chowing down and Dodge Meteor attack with everything they can through this swirling vortex of tremor-inducing quake-rock.

We’re not done yet. The title track, Real Soon Now bursts from the rubble, a triumphant and scything blast of high-tempo, rock ‘n roll destruction. Another trip down the kaleidoscopic wormhole and screeching riffs, rapid-fire percussion and METZ-style feedback vomits forth. There’s an absolute sense of achievement, of winning, of a mid-air arm wrestle and it’s overwhelmingly joyful up to the sharp and strangled cut-off. End. Roll credits.

Real Soon Now will tear you apart. Dodge Meteor are a red-eyed, nitro-fuelled pandemonium train of pure shred. Get on this bad boy pronto.