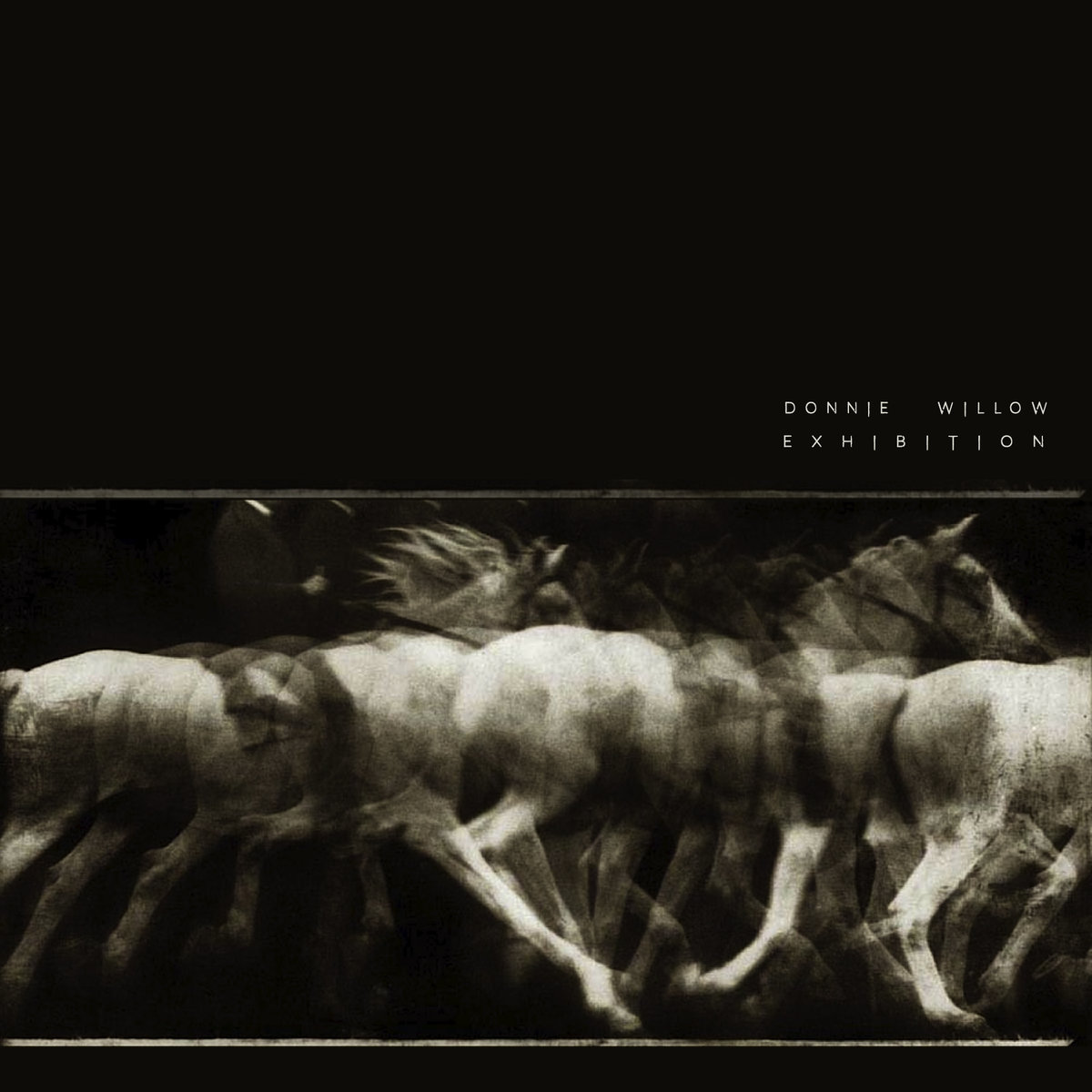 Well, this has come out of nowhere. Donnie Willow are a trio from Glasgow, who have been kicking around since 2013 (weirdly I’ve never heard of them), having released a string of EPs and singles in the last 4 or so years and have played with some heavyweights in the underground rock scene, including the noisy-shred of Black Peaks and pop-punkers Don Broco. Exhibition is their new EP and strikes a particular chord – one that is particularly angry and brimming with disquiet.

From the squealing feedback of opener Stuck, Donnie Willow definitely have issues that they would very much like to vent and they do so with swirling rage. The bass on this thumps and hums with gurgling ferocity, whilst guitarist Arthur Piddington, switches from Tubelord-esque vocal wails, to raging yelps of frustration. Riffs are strangled and splattered from guitars as the pace staggers and jolts about like a runaway minecart off of the Temple of Doom. Things get no-less wrought on the caustic battering of Blessed Company, particularly the way Piddington delivers the line: “as I spoon-feed you your fucking liiiiieeessss” – his rage is palpable and seething to the point, where he barely lets up, his screams dominating this scathing and scything burst of melodic-alt rock fire. The bridge during the 2:50 mark is especially destructive – backed by some vocal crooning, it’s a jarring mash-up with the thundering guitars and drums.

No surprises that third track Toys, gets its own music video – possibly the most accessible track on Exhibition; it’s still full of that volatile, raw-rock energy but it’s that killer opening riff that sets up shop and never leaves your brain which sets it apart. The gusto with which Donnie Willow launch themselves into their music is best exemplified in this jagged and stabbing math-rock scatter-gun of lurching, crisp riffs and driving drumbeats. Piddington’s vocals arch and bounce through raging Reuben-esque yells of throat-burning bile to bittersweet mutters of despondence.

The post-hardcore tinge of final track I Still Remember offers more morose melody than the raging slab of spitting fervor of the previous salvo – there’s an almost hopeful spark lingering beneath the wash of skittering notes and soothing vocal utterances. It’s the closest Donnie Willow get to the new wave of emo that’s made a resurgence (Carson Wells, The World Is A Beautiful Place…, etc.) and it does them a world of good, showing depth to their varied and sporadic style.

The sudden switch from angst to melody burns bright throughout Donnie Willow’s sound – there’s a refreshing amount of antagonism to their off-kilter and jagged musical wreckage which really makes them stand above the rest. This is a class act all the way through – stream/download/buy Exhibition below.