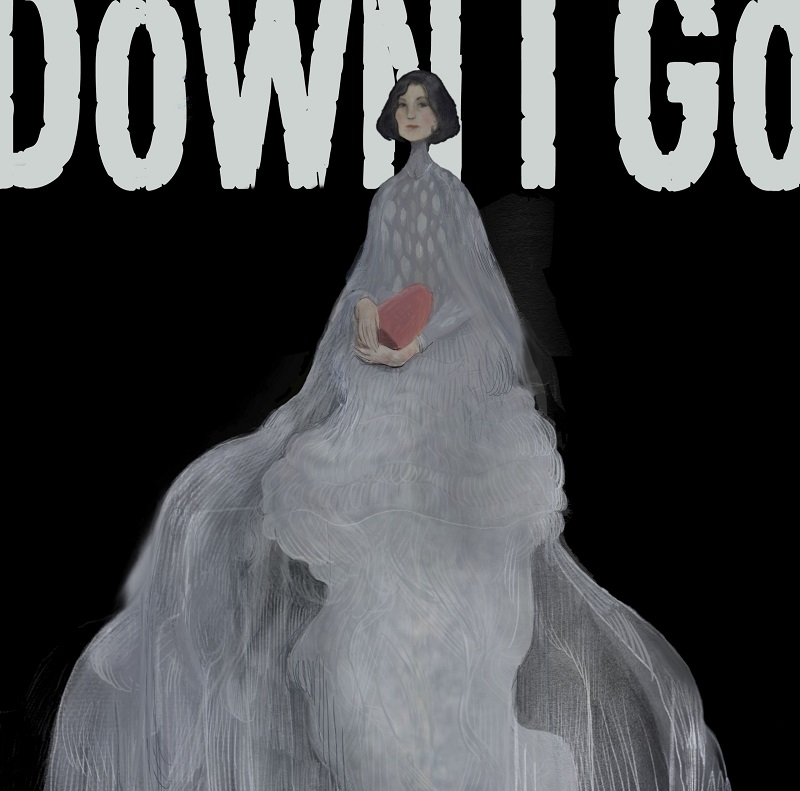 Down I Go
EP: Mortals
Label: Self-released
Release date: 14 August
Sounds like: the screams and cries of the tragic, vain, greedy and arrogant. This is mortalcore.

“As one by one they turn away…”

Brilliantly self-described as “Drunk Wikipedia Farming” (aka, the kings of concept-core) the Stockholm/Illinois/Toronto trio that is Down I Go still exist as a band. Despite them all living in different countries, the simple matter of distance, time and space isn’t going to stop them from creating music. Their new EP, entitled Mortals, is a follow up to 2011’s Gods and has properly sneaked in under the radar. While 2015’s crowdfunding masterpiece that is You’re Lucky God, That I Cannot Reach You was a critical smash (it really was mate) and the best and only album you need about Icelandic folklore; Mortals sees Down I Go return back to a realm of the dramatic and the concise, whilst still ever evolving their unique and wicked sound.

The tangled riffs that make up opener Psyche bounce and skitter with feverish giddiness, whilst the dual-vocal harmonies strongly remind me of Husker Du in places (seriously, something about them) which is nothing short of excellent; switching from a bombastic croon to snapping, crackling cries. This fuzzing stomp of post-hardcore noise chews and spits lyrical tit-bits about this particular mortal for all to hear.

The choir-like vocals during the final minute of the once-abrasive Palaemon (or the Wrestler) emerge from nowhere, harmonizing the words “guardians of the sea” beautifully and off-setting the raucous and punching scramble of mangled math-hardcore guitar from six-stringer Alan, (think Scottish-wackos Take A Worm for A Walk Week attempting to fight their mirror-world selves) that preceded this gentle and euphoric finish. It’s classic Down I Go – the explosion of raw, gargling power, only to hit the listener with something that bursts and burns with hope and a sense of longing. Credit also to the massive gang-vocal sing-a-long and Pete’s rapid-fire almost-rapped vocal scatter-shot of haphazard tension – superb.

Box-opening (or is it a jar?) deviant Pandora is next on the cards, as roars from vocalist Pete about her creation and referencing Prometheus stealing fire erupt forth from his shredded larynx over the caterwaul of noisy, disgruntled metallic-noise. The emotion poured into this is utterly savage and dripping in sorrow and fraught, ragged determination. It staggers, stops and starts through this wailing anthem of juddering celebration of all the evil in the world being unleashed, concluding with the bellowed cry of “….you’ve got your fire, the prize was mine, I hope you’re pleased with it!”

Perhaps my favourite moment on Mortals is about halfway through the disjointed cackle of Heracles, where the frantic stabbing of several piano keys, breaks through the noise briefly; only to roar back into the lurching and erratic burst of nerve-jangling terror. The dual-vocal roars of Pete and drummer Ben collide into each other; one ranting through a broken radio in a scrambled monologue, whilst the other brings some much needed large-ham harmony. The closing vocal croons of “bring it back, bring it back…” are reminiscent of the delicate conclusion to Demeter, from Gods – rage is swapped for wistful yearning and the return of something lost, whilst the chiming keys and muted, twinkling sounds slowly fade out, dissolving into the airwaves.

While some might consider this brief (the whole of Mortals clocks in at 14 minutes) there’s lots to absorb through the layers of greed, tragedy, vanity and arrogance that are split and spilled from Down I Go about these wretched Greeks. This continuous invention; this passion, this flamboyant sound that they cultivate is truly something unique and heart-racing to experience and absorb. Essential for all the reasons mentioned above and more – Down I Go may well be mortal, but on the strength of these four tracks, they reach near god-like status.

All we need is a kickstarter, a little energon and a lot of luck to hear this live…

You can pre-order Mortals via their bandcamp right now. Do it.

Note: I am reliably informed that all vocals are provided by Pete, and not Ben!