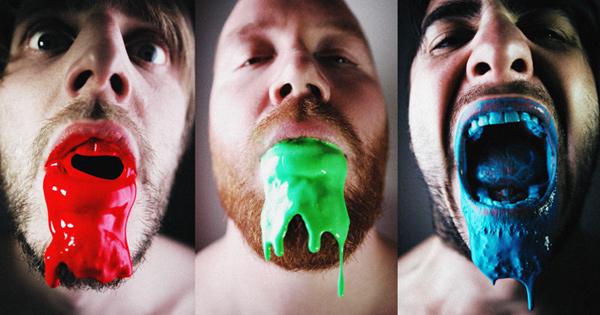 HUGE NEWS. Down I Go are back. Well, they’re going to record an album at least, which is excellent.

For those unfamiliar, Down I Go made/make concept albums (dinosaurs, disasters, robots, tyrants and gods) and are generally fucking brilliant. They split up a few years back due to band members all living in different countries.

But now, a Kickstarter exists – they’ve been asked to go to Iceland, write an album at a travel farm in Fljótstunga. Full details of this project can be found on this Kickstarter page, complete with a list of rewards, video links and generally excellent album art.

Obviously, the £50 date with Alan is the best reward – who WOULDN’T want that? (Toronto residence only).

Five Down I Go songs you should listen to:

1. Brachiosaurus  (from This Is Dinocore)

2. Gigantic! Titanic! (from This Is Disastercore)

“KNOCK DOWN THE WALL, PUNISH THE KING, UNLEASH CHAOS, EAT HIS DAUGHTER!”

“WHAT’S WRONG WITH WOLFIE? JOHN YOUR FOSTER PARENTS ARE DEAD!”