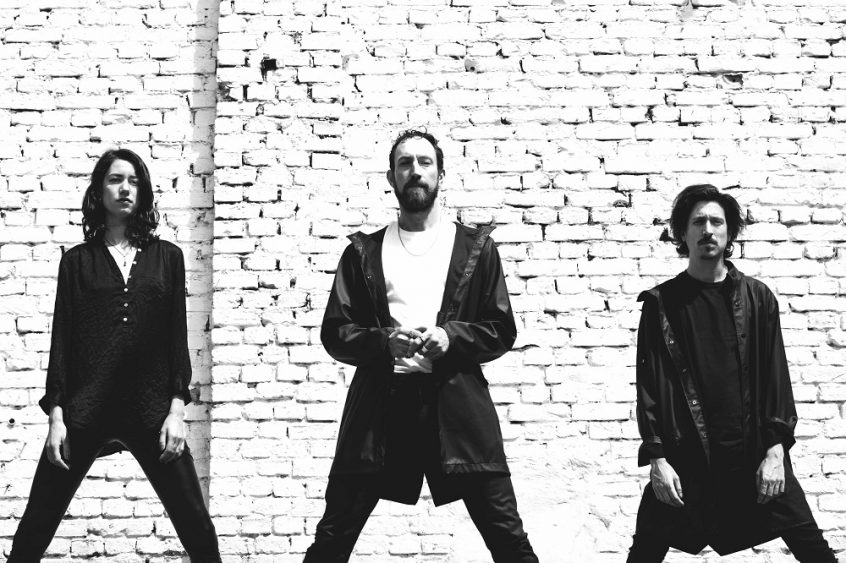 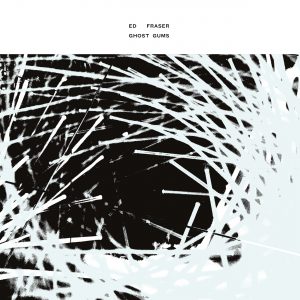 Maybe it’s the artwork, but listening to Ghost Gums, the debut mini-album from Ed Fraser (frontman of noise-racket HEADS) it conjurers up the feeling of walking through a wood on a crisp autumnal evening, but having a sinister silhouette just outside your peripheral vision…watching your every move. For the love of god, don’t turn and look directly at it.

One of the key elements that makes HEADS such an exciting and interesting band is both their sheer volume and ability to make the listener feel totally claustrophobic, trapped in this belching storm of their own bleak arthouse-soundtrack of doom. It’s also Ed Fraser’s vocals, which in one minute, slide out of the speakers with this rattling, gargled gait and the next, are this breathless, half-cracked whisper of despair.

Opening track Swallow is a brave introduction, being the longest song on this album at nearly 6 minutes in length, it could at first feel somewhat intimidating to get stuck into. It lingers in the background, Fraser’s vocals remind me of that feeling you get as you’re waking from a deep slumber – elements of incomprehensible rambling, mixed with this blissful freedom of being completely relaxed and at one with the universe. He’s totally content and at peace on this opener, despite the jarring and jagged, almost post-rock aesthetics of the guitars as they clank into view.  “I hope you get old…” he intones, barely conscious, yet this mildly-seething resentment bubbling away.

Born To A Drover is all razor sharp, rasping guitar lines that saw and hack at the airwaves, with Fraser’s irrepressible croaking vocals, frothing beneath the surface, ravaged by smokes and left coarse by fiery malt. It’s the closest we get to HEADS. levels of disgrunted noise-punk, with the discordant raw-rock elements and the sporadic, scattered percussion cutting an ugly and filthy pattern.

The moody darkwave of I’ll Watch The Storm ‘Til You Come has this 80’s vibe of mesmeric loss, combined with the noisy, automation of A Place To Bury Strangers at their most power-tool worthy via the hissing production. Fraser’s voice undergoes some heavy manipulation and blurring, almost becoming lost within the industrial mechanics of the amount of percussion and reverb that’s sandwiched into this 2 minutes of noise.

The snarl of Tempest continues the descent into the realms of horror; those spacey, washed-out guitars, with their grunge-tinged wail, which feels so menacing and deliberate do not let up. It doesn’t help that the accompanying video has this stalking, It Follows-vibe, meets the Blair Witch. Closing track Sirens, feels almost a warning; Fraser’s cry of “Escape…” feels more pleading than anything, whilst the alt-country twang of the acoustic guitar, coupled with the shimmering keys and muted electronics, gives this a maudlin but beautiful resolution.

Ghost Gums isn’t a million miles away from Fraser’s work with HEADS; that similar brooding, darkness is apparent, almost goth-rock instrumentation, combined with lyrics laced with melancholy and dry abrasion. If the solo work of Planes Mistaken For Stars frontman, Gared O’Donnell, aka Hawks and Doves, ticks a lot of boxes and an impending sense of dread, then this mini-album is something to definitely immerse your senses within.

Stream Ghost Gums by Ed Fraser from This Charming Man Records below or treat yourself to a white or clear vinyl below. Lovely.