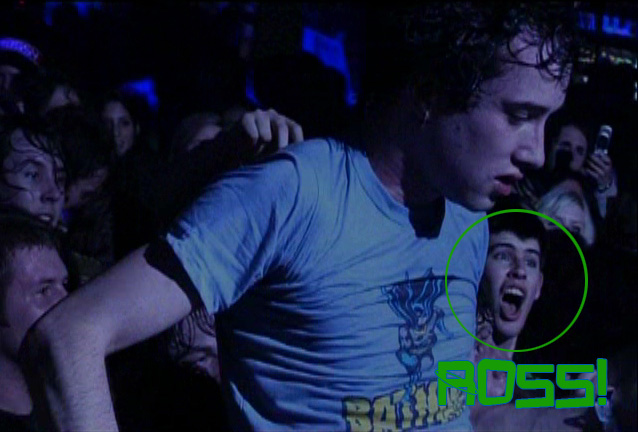 Yesterday I sat back and remembered some fantastic live bands that myself and keep it fast have seen over the last 6 years.

Such acts as Rammstein and Polysics really lift the bench mark for other acts… This then moves my memories to some shite bands.. Won’t go into some of the steamers I have seen but prime example was seeing Test Icicles when they was just about to hit every magazine known to man.

The strange twist is that I thought it was a really fun lively gig (Ross can back me up!) But we were very very…. Drunk.

I know it was rubbish as I brought the ‘dig your own grave’ ep which had a live dvd of that very drunken night and just to say that 2 cats having a vomit fight sounds better then what was played back! But wait… Hang on! On the dvd I can see no other then Ross (our main reviewer) shouting his little drunken guts off! There he is, burnt on to dvd forever! So what I would like to know is anybody out there been in a music video? Can be as big or small clip or even a glimpse as that is still good to see!

Maybe you are seen in a background of a Icarus Line video washing the windows? Perhaps doing a 5 inch Ollie in a Good Charlotte promotion (yikes!)

The nearest I can say to being in a video was when I was in Shibuya where a rap video started to be filmed around us! Have a look at this video to get a idea on what I was seeing around me:

Who knows maybe my Bedfordshire mug face is on all music channels in Crazy Japan as we speak but I will never know…. Unless anybody has this video?!?!

Anyway let us know if you have been in anything and the best appearance in a video will be shown in keep it fast and win a special prize!