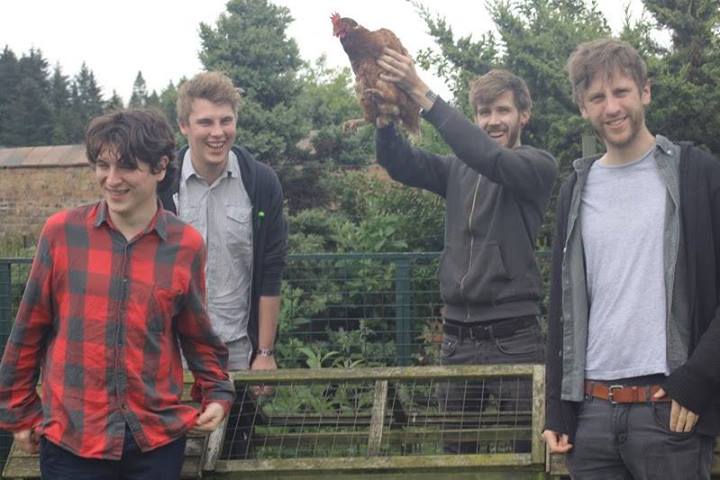 Fast becoming one of my favourites, Dublin’s Girl Band have only gone and recorded another absolute face melter. If the 6 minutes of ugly, distorted sneering post-punk of Lawman made you fear for your safety and the 25 second rampage of spitting hardcore splatter that is The Cha Cha Cha  made you lose your mess, then chances are new single, De Bom Bom will take you on a trip of debauched, tripping intensity.

The opening guitar-scrape is a crackling, guttural distort and feels more in common with the industrial pound and stuttering electronica of Black Dice or the bonkers psychosis of The Assdroids. The bending, bass-tones somehow drag it back into METZ territory (who incidentally, Girl Band are touring with this August, aces!) and the robot-rock drum beats are smothered in this gargle of fuzzed-out, distorted roars from the guitar.

No one quite sounds like vocalist Dara Kiely; who appears to be on the edge of a breakdown; deviating from howling, drunken cries, to large-ham bravado and slurred, mumblings all in a space of 3 and a half minutes.

Credit to Girl Band’s inventiveness – De Bom Bom, sounds completely alien – it’s wrong, just completely and utterly wrong – those kind of sounds shouldn’t be made and yet, here they are, surging through the airwaves cackling with mischievous delight.

This is harrowing, unpredictable, brilliantly nasty and might be the best song they’ve recorded yet. Pre-order it now from their bandcamp and go see them rip shit up with METZ and Slint.