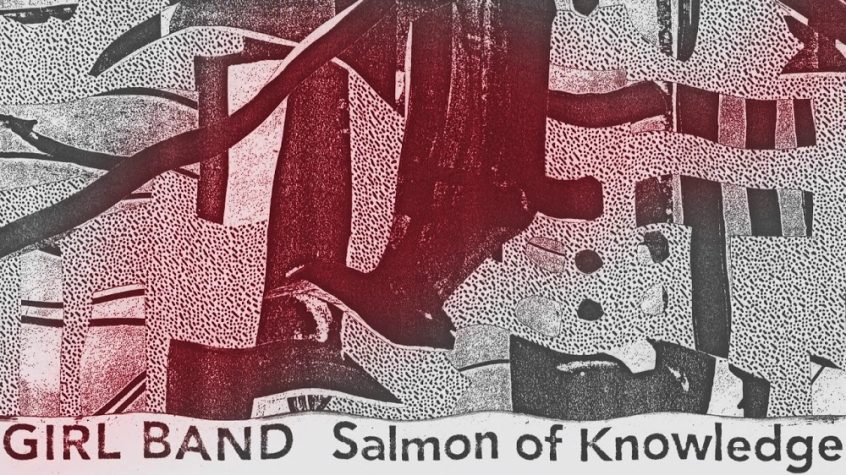 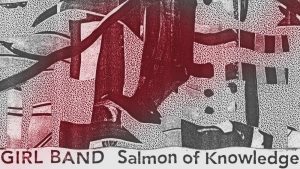 It’s brilliant to have Girl Band back on the airwaves. There was some concern Holding Hands With Jamie would be their only album, as a period of quiet time and cancelled shows saw them inactive. The health of vocalist Dara Kiely is obviously a massive priority and props to Dara and the rest of the band for taking time out to refocus and recover from what must have been an incredibly troubling and scary time.

If you’ve not seen the videos for Shoulderblades or Going Norway, then best watch them now. Bob Gallagher is again responsible, hence the maddening, warped visuals in use. Salmon of Knowledge is the third single from their mouth-watering second album, The Talkies and it’s really…not what you would expect, and EXACTLY what you would expect.

This sounds like a sweating fever dream, or being trapped in a nightmare realm that you cannot wake from. If you think you’ve worked out the direction any of this is going in, you really haven’t at all, because I’ve been through it over 10 times now, and I still expect something different to what eventually happens in certain places.

At first, you’re lured in by this throbbing bass hum, that begins to bend and warp, whilst Dara’s vocals slur their way into view, spouting the words “Jayzus, Jesus, Jayzus, Jesus” which then gets progressively more dark as the chant of “Out of the circle, out of the circle….” becomes your mantra, smothered by this wave of frothing, ugly feedback. It soon morphs into this pounding industrial caterwaul, with a string of nonsensical ramblings that loop, dive and swirl around each other. Credit to Alan Duggan, Daniel Fox and Adam Faulkner who make up the rest of the band in creating this deeply unsettling coda of dark, post-something, ambient noise-rock, that does so little with actual volume, yet makes up for it in the creeping, minimalist dread of a TV suddenly succumbing to static and ending its transmission. Listen for yourself.

The Talkies, by Girl Band is out on 27 September. You can purchase it from their online shop here.