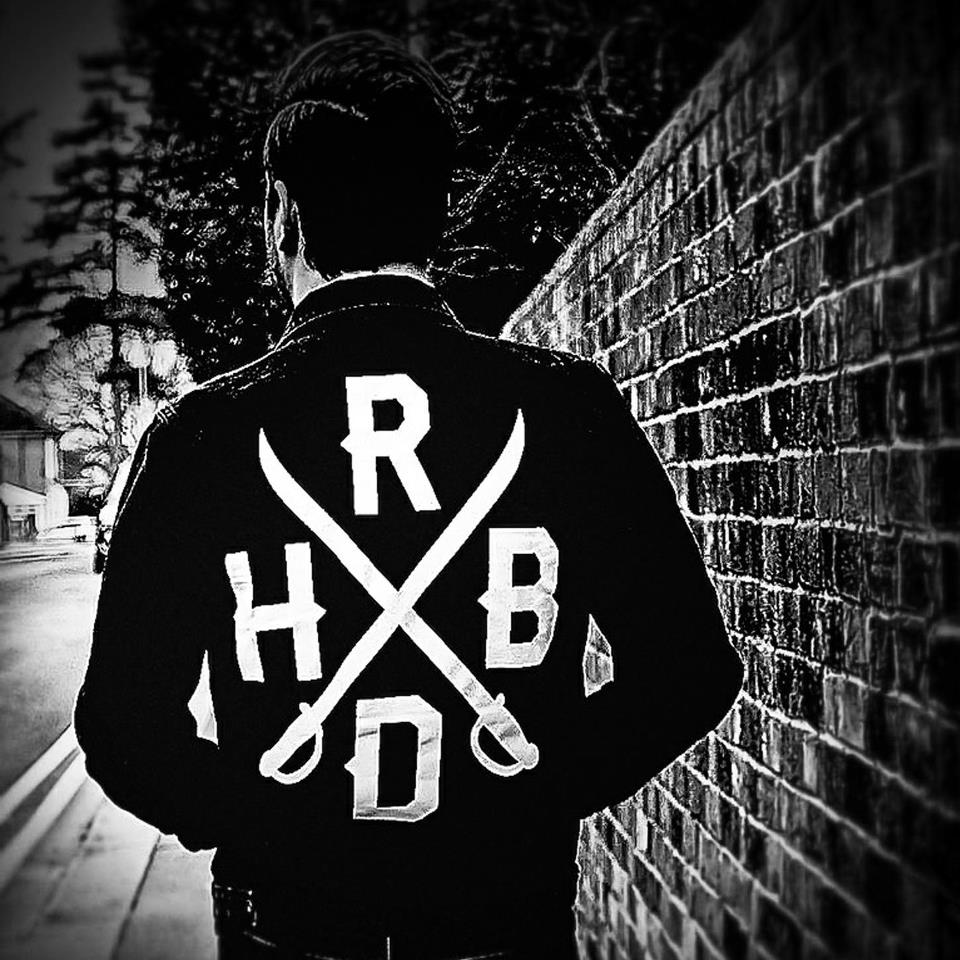 Looking for something that bursts from the starting blocks? Want something that’s quite content to jump up and down with absolutely no decorum, shouting, swearing, screaming and roaring in your face? That barely lets up it’s animalistic ferocity? Oh hi Golden Tanks and your new collection of ear-bashers!

‘R.D.H.B.’ is the second EP from these Reading-based punk rockers and it delivers truckloads of riffs and raucousness. From investigating the band; their name seems to derive from a Cancer Bats song, a band Iâ€™ve never really got on with or liked much to be perfectly honest, despite everything being in check with what I like in a band. Golden Tanks share similarities with Cancer Batsâ€™ sound; but seem a lot more enjoyable to these ears. ‘Ten Days’ is a gritty, thundering blast of snarling hardcore, that isnâ€™t afraid to throw in some classic-rock shredding, adding body and diversity to a rather dense attack. The shouts of “THIS IS THE FINAL LINE!” are bellowed with gusto and fevered determination, adding to the caustic instrumental salvo.

Golden Tanks know a good sound when they hear one and they pretty much channel blasting, hardcore-rock ‘n roll riffage into your face without respite..

‘Burnt Bridges’ jerks and contorts like Every Time I Die on a bad acid trip â€“ the vocals, dipping into a Keith Buckley-style howl, eschewing his trademark charismatic grace and technique, and instead dipping into the dirty, tortured scream of having a nervous breakdown. Opening track ‘859′ is just under two minutes of snapping, indignant rock ‘n roll that falls over itself as it scrambles to come to itâ€™s inevitable and messy conclusion, driven by that cutting and aggressive guitar tone that Golden Tanks seem to have nailed.

Arrogant and brash are just two words to describe the title track; which makes itself at home, despite itâ€™s braying, strutting superiority. The delivery reminds me somewhat of metalcore mob, Century – all quite poseur-ish metallic shrugs and chest beating, offset by the wailing guitars, which shred like a more brackish version of The Hives have burst their way in and started wrecking the place. ‘Fangs’ slips back into the more direct approach, hitting hard with Bronx-aping riffs and snarled vocal barks reminiscent of Blowgoat at their wits end.

We’re not re-inventing the wheel here; Golden Tanks know a good sound when they hear one and they pretty much channel blasting, hardcore-rock ‘n roll riffage into your face without respite. Looking for a short-sharp shock from the UK underground branch of punk? Golden Tanks are a thundering good place to start.