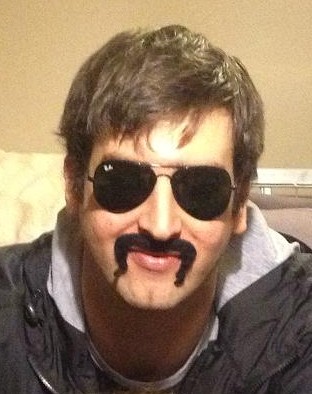 This self titled debut from Sub Pop signed three piece is the most glorious these ears have heard for a while. Drenched in feedback and drums that sound like the end of the world. It comes on like an ugly mash-up of Big Black, PIL and Bleach-era Nirvana.

9. Future of the Left â€“ The Plot Against Common Sense

Third album from the Welsh loonies. The first album featuring new bassist Julia(ex Million Dead) contains all the bands trademark wit and spite plus some great tunes. Check out the bonkers â€˜Robocop 4 Fuck Off Robocopâ€™ for proof.

Bold double album from the US sludge metallers. The album is low on the bands usual crushing riffs but is high on inventiveness, beauty and space. â€˜Take My Bones Awayâ€™ is also probably their finest song to date.

First album in 16 years from the Seattle grunge legends is a fine comeback. Proving Chris Cornell still has the finest pipes in the business and that Soundgarden can still play with inventiveness and display a variety of different moods throughout ‘King Animal’.

Chino and co return with album seven. Hot of the back of â€˜Diamond Eyesâ€™ Deftones release another great collection. Like no other album before, they merge brutality and atmospheric styles to stunning affect.

Formally known as Chickenhawk and with a sound that is hard to pin down, this album is loaded with enough fresh ideas and riffs to last a whole career. Expect big things.

11th album from the Irish trio. Never wanting to make the same album twice, the band make one of their most experimental albums to date. Flirting with elements of dub amongst trademark riffing and angst-ridden lyrics.

Triple album funded by made for the fans through the pledge music site. Once again Ginger proves he’s the most consistent writers in the business, covering countless numbers of genres and doing it better then anyone else. Genius!

Third album from the sludge pop kings, coming on like a more radio friendly Melvins. These guys deal in crushing riffs topped off with the sweetest of melodies to sometimes odd but always brilliant effect. Amazing!

Second album from another Irish trio. The album was recorded two years ago, but was put on hold waiting for a label to release it. Packed front to back with banging tunes and the sort of choruses Foo Fighters would kill to write. Should, and deserves to be massive.