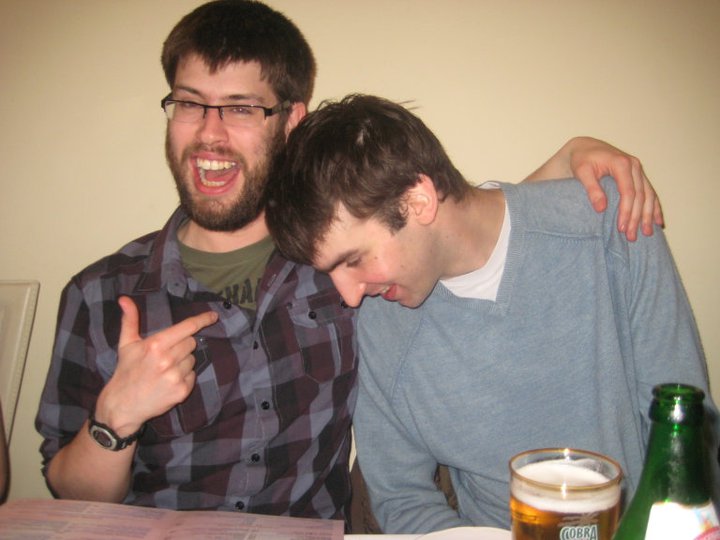 Guest post alert! Last year, Jack Murray of Bedfordshire’s finest Ratpigeon, gave us his top 10 of 2012, so it only feels right he should give us his top 10 albums of this year as well – what a guy.

This is is the third album from the beer loving riff monsters with a wicked sense of humour. This is their most consistent body of work released to date.

9. Future of the Left – How To Stop Your Brain In An Accident (Prescriptions Music)

Fourth album from Falco and Co. Featuring bucket loads of black humour and filthy bass that we’ve come to love from the band.

One of two albums put out by this Ginger Wildheart project this year. Featuring members of Napalm Death, Hawk Eyes and many others; this is a brutal affair and far cry from Geordie in Wonderland!

Debut album from this Irish three piece signed to Smalltown America. Coming across like Torche with strong Irish accents, I predict big things!

Second album from these Welsh weirdos and a massive step up from the first album in my opinion. Features some of the dirtiest bass sounds these ears have heard for some time!

Long awaited fourth album from the US punk band. Loaded back to front with anthem after anthem.

Top track – Style Over Everything

Second album from these and very different to their screamy debut. This little gem contains elements of rock and roll, soul, Motown and even doo-wop.

It’s Ginger WildheartÂ  rearing his head again! This is debut album from his new project also featuring the delightful Victoria Liedtke. Ginger plays all instruments and this contains some of his biggest choruses ever!

Very long awaited fourth album from Derry’s finest. This was more than worth the wait and more Once Like A Spark than Backlash Cop and the high point of their career.

This is their tenth album and amongst their best. This doesn’t get boring at all after many listens. Every track amazing, a stone cold classic!

Hawk Eyes – That’s What This Is

The Loyalties – The Death of Rock and Roll

Antlered Man – This Devil Is Them!