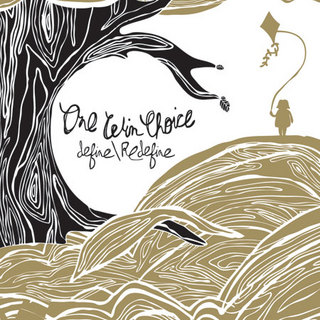 The great thing about hardcore punk is the unifying gang mentality of it all. Take the work of Hatebreed, Madball and Agnostic Front for example; most of their work is about brotherhood, rising up against oppressors, the working class, rioting (big theme this), taking the power back (thanks RATM) and generally walking around in a black t-shirt with cut off sleeves and baggy camo shorts. How to One Win Choice fit into this then? Well, Iâ€™m not saying their musically similar to the aforementioned bands, for one thing, their sound isnâ€™t nearly as formulaic to be Madball or Agnostic Front or as metal to be Jamie Jasta and his ‘Breed boys. No, itâ€™s more in their song titles and more importantly their lyrics that this sense of grubby determinism shines through along with a charmingly scrappy DIY approach.

Like most hardcore punk, One Win Choice fall into the positive message category. There is no defeatist attitude in their lyrics or sound; more of an optimistic and focused energy towards proving themselves. My only concern is the somewhat formulaic nature of their music, which in places, treads over ground thatâ€™s been covered many times before. These days itâ€™s hard to pinpoint an original sound, but ‘Define/Redfineâ€™ does have a certain â€œI recognize thisâ€Â¦â€Â factor, that is by no means a bad thing, but simply a â€œyeah, Iâ€™ve heard this before by band X, so why donâ€™t I go listen to them instead?â€Â

–
Saying that though, the most interesting and what I would consider to be the best track on this EP, is ‘Every Heartâ€™, One Win Choiceâ€™s stab at an ‘acousticâ€™ offering. The guitarist teases the listener, with his change from fast-paced strumming, to sudden breaks of quiet, muted plucking before launching into another bout of jangled riffs. At every break you expect the drums to crash in, but they stay silent as the grave, giving the lead vocalist and the quiet superb backing vocals chance to shine through, chanting the words: â€œWe will climb all the hills, weâ€™ll break down all these walls, weâ€™ll make damn sure everybodyâ€™s listening. We are the hammers, they are the chains.â€Â Itâ€™s the kind of thought-provoking, change of direction track that I imagine One Win Choice finish their sets with, encouraging the notion of crowd participation in one big uniting mantra of exhaustion and fortitude.

‘Failure to Quitâ€™ is an immediate short sharp shock of ice cold, punk aggression; the brattish vocal snarl of â€œwith your loaded words and rhetoric spit to the face of the young and innocentâ€Â¦â€Â feel determined and genuinely from the heart. Another thing I admire is their sense of courage, which they convey well through their lyrics, especially the last line: â€œwe wonâ€™t decay, keep pressing onâ€Â; giving the band a real determined, ‘no-matter-the-oddsâ€™ dogged-character. ‘Versus Goliathâ€™ indicates an almost giant-killing simile, with Once Win Choice taking on the role of a particularly pissed off David. However, the tracks lifespan is short lived and just as it gets going they cut off quite abruptly, giving the song an unfinished feel. Whilst recording third track, ‘Under Quarantineâ€™, One Win Choice seem to have been listening to a lot of Minor Threat. The strained “Weeeeellllll” scream of the vocalist brings to mind a Mr MacKaye, whilst the chorus-free rant of this minute long blast could easily have slotted on to a Dischord compilation, no questions asked. ‘Where My Allegiance Liesâ€™ is the second best track and seems to talk about the breaking down of illusions of a world created by the government and yet another ‘call to armsâ€™ style rant to break free, be independent, i.e. â€œmy backs not up against the fucking wallâ€Â and the solid pattern of gang-vocal repetition in the form of define, redefine, teaching and learning.

‘Define/Redifineâ€™ is an abrupt and quite one-sided listening experience, but it does itâ€™s job in portraying a constructive and affirming sound; keep an eye on these guys.