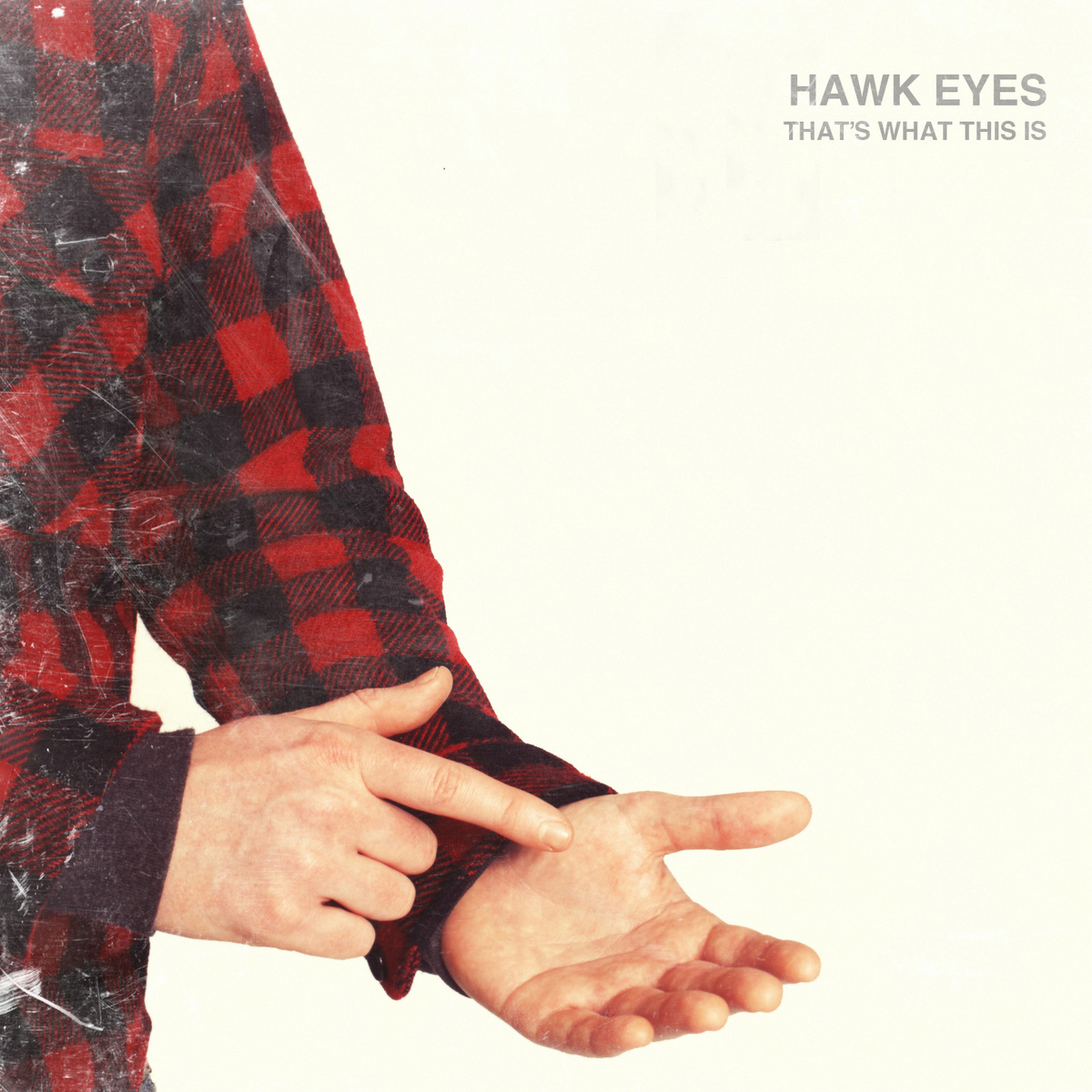 This is what that was

Band – Hawk Eyes
EP – That’s What This Is
Label – Self-released (Pledge Music)
Release date – Out now (available on bandcamp via download and CD)
Sounds like – A finger pointing at a specific spot on a hand. Riffs.

Hawk Eyes have come a long way. Recently, they’ve just finished supporting System Of A Down across Europe, which is a pretty big deal. Both bands share similarities in the fact that their styles of metal are twisted and eclectic. Hawk Eyes have always come across as channeling a more rock-based Mike Patton project, with the kind of thick, bludgeoning riffs you’d associate with stoner rock and elements of the harsh, brashness of Therapy? Also, vocalist Paul Astick can switch from a creepy monotone to sounding like he’s gargling into a toilet on fire at a flick of a switch.

With a successful Pledge campaign under their belts, the 4-tracker, entitled That’s What This Is, is now available to purchase for those who missed it the first time/were too tight to help the Leeds boys out. One thing to note straight away, is how Hawk Eyes have finally staked into the ground the notion of an infectious chorus. All 4 tracks on offer here are very different, yet retain a distinct ear-worm like quality. The title track in particular, has a chorus that the Foo Fighters will never better – it’s dirty, razor-sharp and oozes meaty riff after meaty riff. “So this is what that was, and that’s what this is…” chants Astick, with the kind of bizarre nonchalance that you’ll find yourself singing along to, come the second play-through.Â  Those now dismissing this because of the Foo Fighters comparison – Hawk Eyes still have their guitars firmly jammed in the gutter – the wall of scuzzy, serrated grooves exist in a similar plane to those of 2012’s Ideas and Astick’s brutal splattered screams at the end are particularly harrowing.

Credit to Never Never, Just Not Now; which matches melody with contorted guitar squeals, and sporadic drumming, all intertwined with the track’s pleading chorus, which is equally bitter and somewhat lost emotionally. (The pre-chorus in particular, felt like a nod to the bonkers Hollywood Sweatshop from Ideas.) The last 30 seconds or so expand the twisted guitar-sound into a stamp of fuzzed-out industrial-rock noise.

Cheap is where the anger lies on That’s What This Is. That particular word is spat with a delicious amount of venom, complimented by the hypnotic beat of the desolate-sounding cowbell and grime-covered, scraping bass. Astick’s vocals before the screams start are somewhat haunting and disembodied, yet portray just how versatile his set of pipes are. It isn’t anger for anger’s sake though – it’s not a meathead bruiser of a track; Cheap is more subtle and creepy, sneaking up on you and jamming the knife slowly into your back, giving it the oddÂ  turn to make sure you can feel it cutting in, whilst crooning into your ear. It’s the track that feels like it was heavily influenced by Patton in places, yet retains enough of the Hawk Eyes dementia to be truly, ‘their’ brand of cacophony.

The vocals at the start of More Than A Million have a sleazy, sultry air to them – delivered in a quiet, clipped tone, they sit just at the right level alongside the scuzzy guitars and crashing cymbals. The chorus is an absolute belter of raw, abrasive fire and the delirious space-rock caterwaul midway through is utterly bonkers and suitably maniacal.

That’s What This Is is Hawk Eyes on blistering form. Their best work to date; this EP captures their aggressive, off-kilter energy brilliantly. Hopefully, this will open up more doors for them, with new fans seeing just how intense, metallic rock can be executed with such deranged and tight precision.