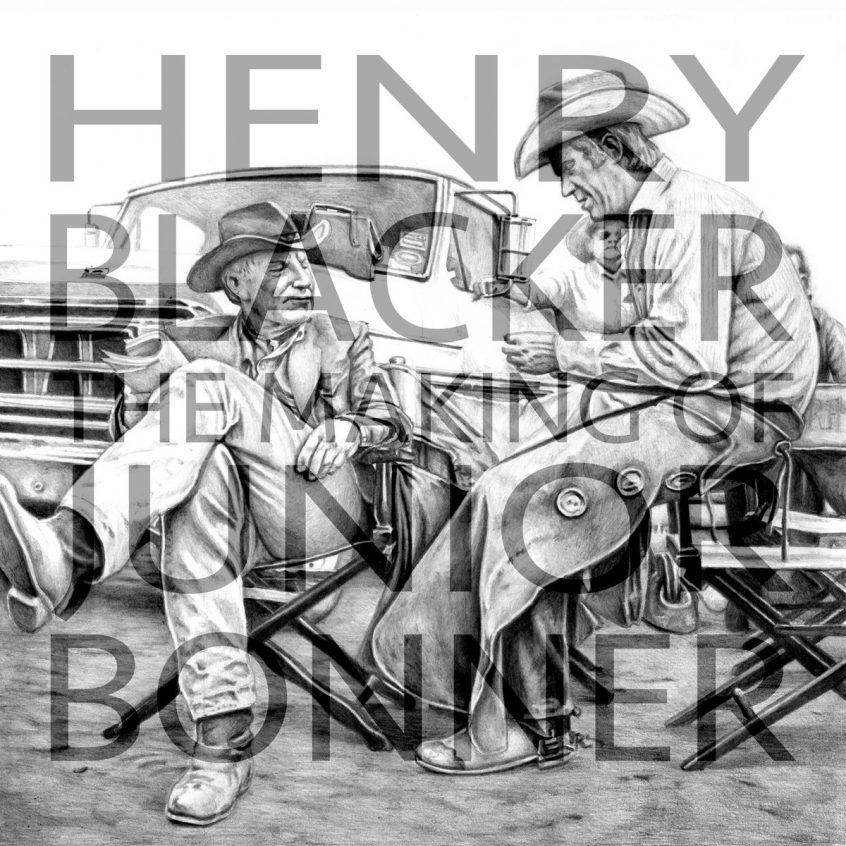 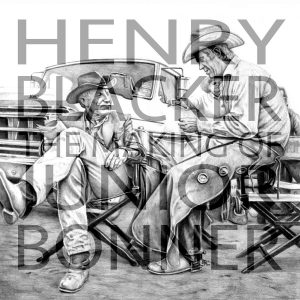 Ever listened to a record that makes you feel like you need a thorough wash afterwards? The kind of album that makes you feel unclean even looking at it? Sitting in the corner, radiating an oozing, murky vileness that starts to dissolve and eat away at everything surrounding it? First thing that springs to mind is the ever downright fucking depressing stream of noxious bile of Harvey Milk, who rule hard, but also the grim and subtle decay of Henry Blacker, Riot Season’s hidden gem of a band.

Comprised of members of the bonkers Hey Colossus, Henry Blacker are the band you were warned about but dismissed due to naivety. Having witnessed them live, their unique and ferocious sludge-metal onslaught was downright excellent, uncomfortably raw and chaffing. Whilst the brilliantly named Hungry Dogs Will Eat Dirty Puddings and the sinister Summer Tombs are no doubt, excellent records in their arsenal, The Making Of Junior Bonner, is where they really step it into overdrive. First thing to note is the production – it’s downright gnarled, like a misshaped lump of old wood. If this record was anything else, it would be a mighty wizard staff, etched with deep arcane runes, glowing with power. Jon Hamilton’s mastering means you hear every filthy, dirt-flecked note emit from Tim Farthing’s guitar, whilst his brother Roo, hammers out a direct, bludgeoning attack and bassist Joe Thompson brings that fuzzing, ungodly hum to the lower end of the spectrum.

The Making Of Junior Bonner is an unpleasant, melancholic and ghoulish collection of sludge-rock excellence…

The opening attack on The Making Of Junior Bonner bursts into frame in the form of Cag Mag, a bruising and crunching roar of scathing power. The words inside are a foul tale of mutation and flesh sliding off the bone, delivered in a suitably grim and determined manner.  The incendiary Two Shapes follows fast and is the juxtaposition of slovenly heaviness with some of the most melodic hard rock you’ll hear all year. It’s deceptively brilliant, borderline between that scuzzing, raw scrape but has the kind of emotionally wrought chorus most Deep Elm bands would kill for. Lyrically, it touches upon the Greek myth of the Minotaur, referencing the shift and morph between bull and man, delivered expertly via Farthing’s hissing drawl.  Roman Nails has one of the best opening lines since a christian fitness album in the form of “Like finding love in jail, not easy…like crawling out of hell, not easy…” chilling and coated in toxic black humour – you can almost hear Farthing’s grim grin splitting through the airwaves. His shouts of “pounding…you blind” obviously have some mixed connotations and there’s a certain crucifixion element layered beneath the surface. The guitars are a teasing, spitting gargle of noise, whilst the thundering bass keeps everything just about on the rails.

Just the name, Dredger’s Thirst makes me want to take a shower. Hell, it brings on the constant feeling of a parched throat and general queasiness. The fact it lurches and bucks like a horse trying to navigate a tiny boat in a huge fucking storm doesn’t help matters along with screams of drinking foul and dirty water play right into Henry Blacker’s stained hands. That stony-faced determination resonates loudly on the raging Truckfighters-esque stomp of the depressing Shingles To The Floor, as talk of a noose around the neck and the words “I’m going to swing, oh from the attic beam…” all delivered in this deadpan and resolute tone backed by the scuzzing, reverberating hate and sorrow.

The fascinating and morbid tale that makes up Cellmate conjures up all sorts of thoughts and a sizable amount of fear. From the opening riff, which is coated in bad feelings, the sinister sound of prison bars being tapped and the line “last night I murdered my cellmate, strung him up with his sheet” there’s no light here, only ever-enclosing darkness. It’s also where Henry Blacker deliver their harshest vocals – Farthing dredges the polluted well, gargling some suitably throaty diatribes on this unsettling and harrowing tale of death and decay. These chewing and guttural rasps are brought to the front on the chorus of the scathing The New Evil, backed by some wonderful, yet muted keys and yet more of that driving, sludge-punk creak. It almost feels cocky, in that a slight Every Time I Die/southern rock element pushes at the sound, threatening to break through the silt and muddy fury.

Hidden beneath the fuzz of Keep It Out Of Your Heart exists the remnants of a pop song that’s been horribly corrupted by time and decay. Whilst the melody feels moderately upbeat, lyrically it swims in the realms of despondence and a dripping mire of frothing distaste. Final track, the hacking spittle of Little Lanes, rolls into view, a false-jaunty number that by all appearances could be confused as being upbeat, but it’s another nod to the Minotaur-myth, with talks of a labyrinth, snaking chambers and the sickening screams of cutting through to the other side.

The Making Of Junior Bonner is an unpleasant, melancholic and ghoulish collection of sludge-rock excellence – a stunning piece of work and one to keep an eye on during the end of year lists, because this should be rearing it’s ugly and nightmarish head around all corners.

Side note, I also love the artwork in the form of a drawing of Steve McQueen and Sam Peckinpah on the set of the film, Junior Bonner. Cracking stuff!

You can purchase Henry Blacker’s The Making Of Junior Bonner via Riot Season on CD-R, tape, vinyl or download. It’s dirty good.

Top tracks: Two Shapes, Little Lanes, Keep It Out Of Your Heart, Cellmate