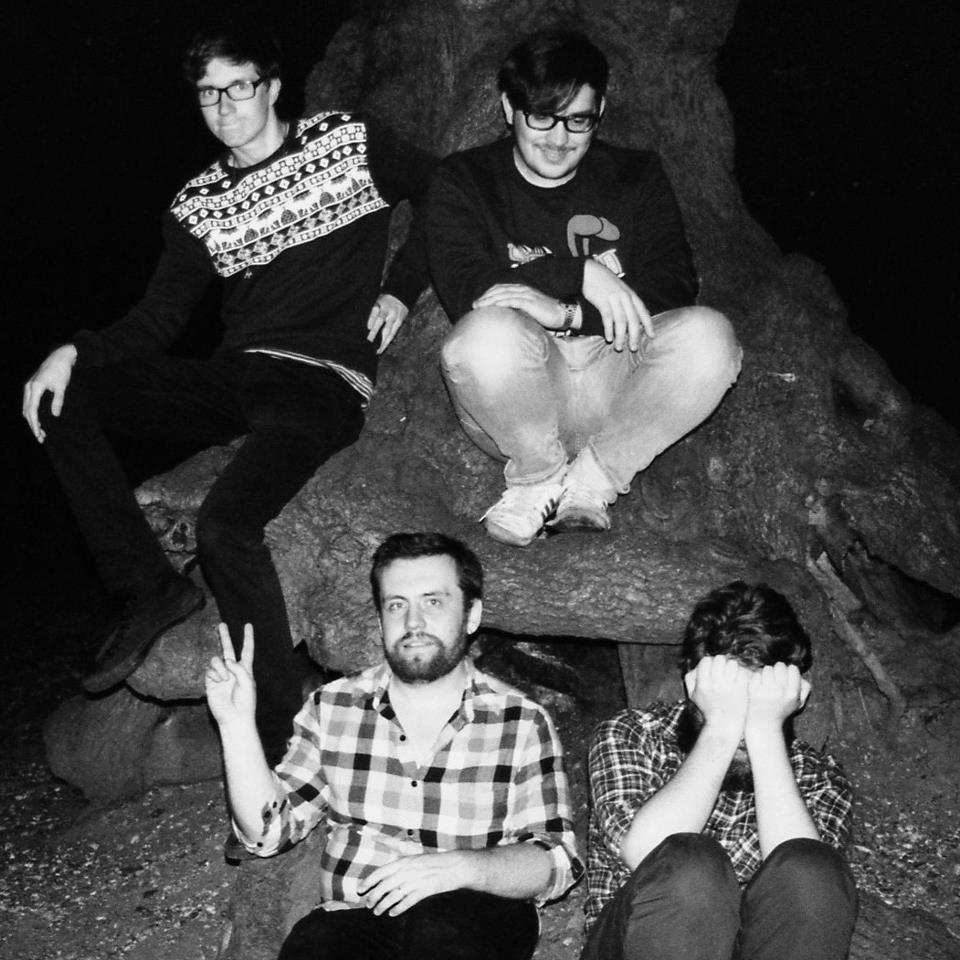 Band – Her Parents
Album – Happy Birthday
Label – Alcopop
Release date – May 2013
Sounds like – winning the lottery and kicking the FUCK out of your house 2: THE BLOODENING

Whatever drugs Her Parents are on, they’re obviously not sharing them out with anyone else. Probably snorting handfuls of Triple Sod on the Jessop, Jessop, Jessop after a few tabs of Clarky Cat. Creating something that sounds more bonkers than their debut Physical Release was going to take some doing, but they seem to have achieved the impossible with Happy Birthday, an album that is a brief, scything affair (12 tracks in 18 minutes) but proves to be absolutely punishing and suitably deranged, caustic and jolly good fun.

There’s a real sense of frothing madness on Happy Birthday and very little cohesion – vocals intertwine and stumble over each other as all 4 members of Her Parents try and scream down the same microphone, whilst attacking their instruments like they’re the protagonists from Garth Ennis’s Crossed.

Opener You’ve Got Mail, begins with a dial-up modem shriek instead of the sound of an amp being switched on – nice touch guys. “THIS IS HELL! THIS IS HELL! THIS IS SHIT! THIS IS SHIT!“Â  are about the only decipherable lyrics, which are spat with such vicious, anarchic venom, yet sound so gleefully happy at the same time. It’s as if a group of Gremlins had got bored with sending old ladies out of windows on their stairlifts/attacking Phoebe Cates and decided toÂ  form a punk band. Uncomfortably loud, spiteful hardcore flows forth on this, the longest track, before melding into the shortest in the form of the breathless and suitably witty, Why Are You Hitting Yourself –
a 28 second rant of snotty, rabid, garage-rock.

Lead ‘single’, the superbly titled Why Don’t You Just Fuck Off? is a goldmine of trashy punk rock excellence. Frayed guitar lines split apart under the screeching, car-crash vocal attack, with choice snippets seeping through (a particular highlight being “I’m declaring war….on bellends“) and the bellowing of the song title at just about every available moment.Â  Horrific imagery is stirred up in the jarring Hollow Out A Horse, which instructs the listener to…well…do just that and enjoy the fleshy darkness. A disjointed, unsettling scrape of discordant and spiky post-hardcore.

Song title of the year goes to the gang-vocal rock ‘n roll bash-up that is Cunt Dinosaurs, because come on…seriously, not even Falco could beat that. Mother-tauntingÂ I Live In A Tree shares similarities in chorus structure to There’s A Man – nicely combining a fast punk rock structure, with some taunt, disjointed guitar snarls that sounds a bit like Wives playing a Descendents song.

It’s as if a group of Gremlins had got bored with sending old ladies out of windows on their stairlifts/attacking Phoebe Cates and decided toÂ  form a punk band.

The drunken, heavy riffs on King of the Babies prop up a rowdy, disheveled little number, which is the musical equivalent of some degenerate old soak who is far too lovable for you to tell to fuck off, whilst Do the Get-Go, clashes the speed and frustrated agitation of The Marked Men with attention deficit disorder.Â  Bizarrely titled Lithuanian Mercedes lists a load of faults with said vehicle, under a hail of scrappy, Rakes-style indie rock, that should stick out like a sore thumb, but somehow fits into this disorganized and damaged package. Plane Is Fucked makes no bones about being an absolute chaos-storm of biting nonsense. The lurching, Pulled Apart By Horses-style racket and consuming multi-vocal attack turns in on itself in a frantic rush to finish.

Final tracks Your Dead (a leaden, gruff, hardcore number, delivered with the kind of mock sincerity and tongue-in-cheek stupidity that Her Parents have got nailed perfectly) and the oddball bonanza of snarling, snapping bonkers that is Personal Christmas (the harmony bit at the end – what the fuck) finishes off Happy Birthday, leaving you wondering “did that just happen, seriously?”

In short, Happy Birthday makes their debut, Physical Release seem somewhat tame and restrained in comparison – and that was completely nuts as well. Shambolic to the point of falling apart, Her Parents batter music to pieces on their 2nd album and deliver aural chaos and delight in equal measure. Guaranteed to personally smashing your fucking kitchen to bits.