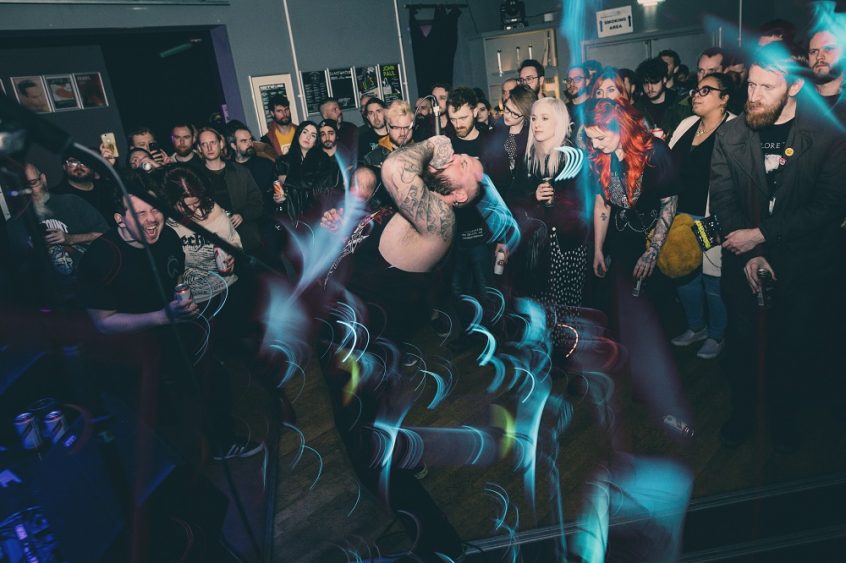 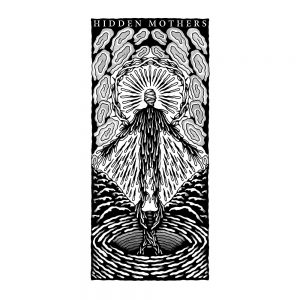 Right, stand back, because there’s A LOT going on here. Straight out of Sheffield, Hidden Mothers are a scything, gasping, cataclysmic force of nature that feels utterly implacable in making sure you feel the very core of their sound, emote when they desire and devastate you at every turn.

In places, this smacks of Deafheaven and the mighty Envy which is a good thing. That huge building crescendo, that then drops away like someone activating a trap door, plunging you down this howling vortex of discordant screams, scything guitars and blastbeats that seem desperate to destroy themselves under the sheer weight and brutal power. That huge, epic rocking, headbang, hair-swinging whirlwind of raw energy will grab you, especially on the second track, My Own Worth, which lulls the listener in through this gentle, almost sombre post-rock meets current-era Deftones guitar interlude, all haunting chords and trepidation, hanging in the air, waiting to get caught. Around the minute mark, the vocals hack their way through, rough, gargled and razor-sharp, as the build continues, and continues, teasing and tantalising, before exploding into this frantic, frenzied sonic wall of twisting, crushing metallic rage.

The wrought and fevered angst on My Blindness, Your Burden is this gut-punch of sweating, incandescent noise and rolling fury, (it will make you want to listen to Converge afterwards, VERY LOUDLY) that even as the guitars step back for a moment to allow breathing room (that’s another thing Hidden Mothers use well, it’s space – they give time to take a breath, but always leave something ticking over, and in this case, it’s vocalist Steffan Benham roaring and yowling with himself, over the clattering drum patterns) it still sounds so uncomfortable and rabid. The final minute or so is this doom-bringing harsh-noise thump of crashing cymbals, miserable guitar slams and inhuman howling.

Although there is little in the way of sounding alike, Hidden Mothers remind me of Bristol experimental equines, Sugar Horse. There’s a familiar pattern of creating something that’s uncomfortable, “out there”, and strives to puts the listener on edge through the duration. This is evident in the caustic opener, Beneath, To The Earth – from the slow, deliberate and bone-mashing heavy rhythm, to the scrawling, mangled guitar shreds and Benham’s blood-curdling rasp. If you told me this was on *Shelsmusic or Undergoove Records, I would believe you – the loud moments (and boy are they loud) coupled with the fragility of the quieter aspects, which retain this venting and vibrant passion in bucketloads all remind me of acts on the aforementioned labels, think *shels, Mahumodo, even elements of Down I Go.

If you’re after 17 minutes of venting, raucous, oddly beautiful, heart-pounding, thrashing post-metal with elements of blackgaze, then Hidden Mothers are the band for you to experience, enjoy and emote alongside.

(You can also download for name your price, their first single, The Longest Journey Yet.)