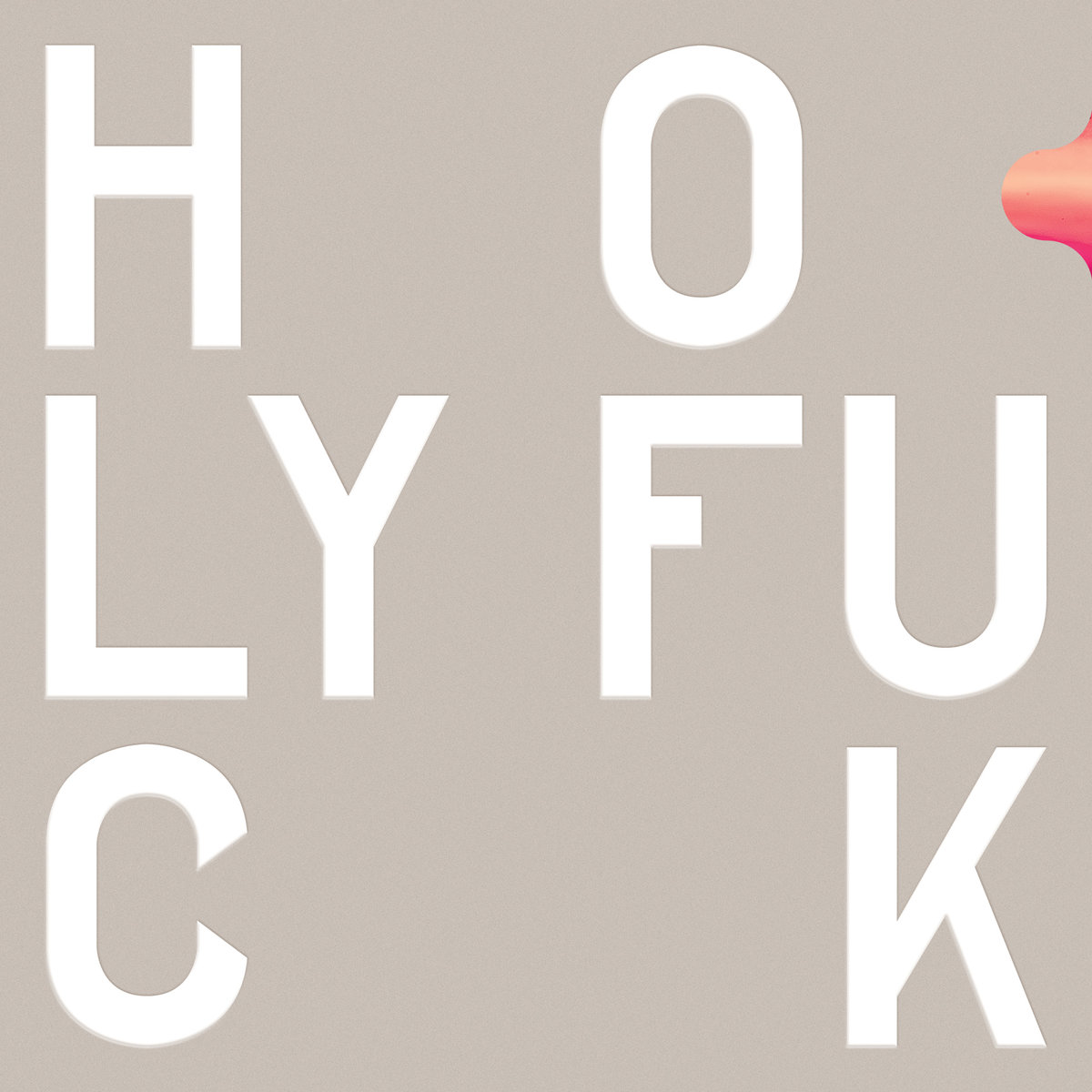 Often, innovation is key to standing out. One band that strive for this is none other than Toronto’s Holy Fuck, who seem to mutate and reshape their sound through various complex and mind-bending soundscapes. Going into Congrats, I had no idea what to expect – 9 years since the excellent LP album and 6 years since the surging rush of Latin; I wondered if they’d fallen off the face of the earth. However, Congrats makes it abundantly clear that those 6 years away were well spent indeed. It should be noted that Congrats sounds HUGE which is no surprising, considering the fact it was recorded live and half of it was mixed by band member Graham Walsh (who engineered both METZ albums) – so yeah, this is going to be one hell of a meaty, blood-dripping slab of noise.

What drives Holy Fuck? Pure rhythm, hammered out at chest-caving speed. The goal it seems is to keep the body overclocked to near breaking point (hi Statham) but obviously and hopefully, not resulting in an explosion. There are moments on Congrats, or should I say, huge passages of sound on Congrats, where Holy Fuck do sound as if they’re dragging music from the same realm Adebisi Shank acquired their inspiration and zealous, technicolour radiation of future-space-rock.

Chimes Broken opens proceedings and straightaway it’s an intriguing and hypnotic cascade into this cosmic maze. Ethereal vocal calls drip-feed their way in and out of this, like someone desperately re-tuning a radio during a storm. This rides in the passenger seat though, considering the main focus of the track being a complex slab of humming, furious noise that pulsates and rides along the thick bass scrape and the crashing drums which reach a deafening cacophony of bubbling and frenzied fervour as Holy Fuck continue to mash out this raw and terrifying sound.

Lead single Tom Tom, taps into that 80s pastiche, film-noir angle; a dark, brooding piece of night-drive electronica. It’s riddled with glitches and breaks, as the distorted and disjointed vocals overlap, cut off and meld into one another around this jerking, vibrating hum. Good luck removing the bassline out of your head.

“Test the dull edge of the knife, Carve an X into your eyes” is about the only line decipherable from the spiral of tainted electronic squelch that make up Xed Eyes. This almost has a beach-vibe to it, knocking back a cool beer at midnight, dancing around a fire, covered in technicolour-paint; it shimmers and bristles with warped, pulsating wonder. The superbly titled Neon Dad follows, coated in a warm haze of gorgeous keys and flamboyant synth washes, rolling drum patterns and that feeling of accomplishment; the burst of pride, of being a champion – it radiates achievement and it’s blissful to the core. The stabbing key smashes that open House of Glass are brutal as fuck; loud, distorted blasts of aggressive, hostile energy that continue to intersperse through this trip-hop journey of cut-up and stuck-together soundscapes creating a baffling and sinister voyage.

The technical creep of Sabbatics skirts around the edges of your consciousness; as though something is pushing to make its way through. Thoughts spring to mind of Disasterpeace – eeriness levels are set to overdrive on this skittering and sinister groove. Your safety isn’t guaranteed on this and Holy Fuck know it. The 59 second weirdness of Shimmering, which follows comprises of some cut-up, half-finished ideas (is that acoustic guitar at the beginning?), glitched-together drum beats and the sound of another song breaking through the kerfuffle. Acidic restores what normality exists on Congrats, sounding like a Boys Noize song slowed down by 50% – a funky number, splattered in boisterous, energetic patterns and uptempo key changes. Caught Up treads the boundaries between blistering techno, warped dance, burning a giant hole in the rhythmic landscape. Again, the vocals are chewed, chopped and spat back out through a John Dwyer-style microphone, as the collosal skyscraper of burning fuzz-electronica-noise reaches such a vibrant high, helped along by the looping, drug-addled synth weave that comes out of nowhere, yet is an absolute delight.

A dazzling and certainly oddball collection of  songs; Congrats by Holy Fuck is quite the package – and that package is writhing cables, crackling blasts of electrical power, disturbing mutilated sirens, mangled beats and flickering, broken monitors that show static and moments of an all night rave in slow motion – superb.