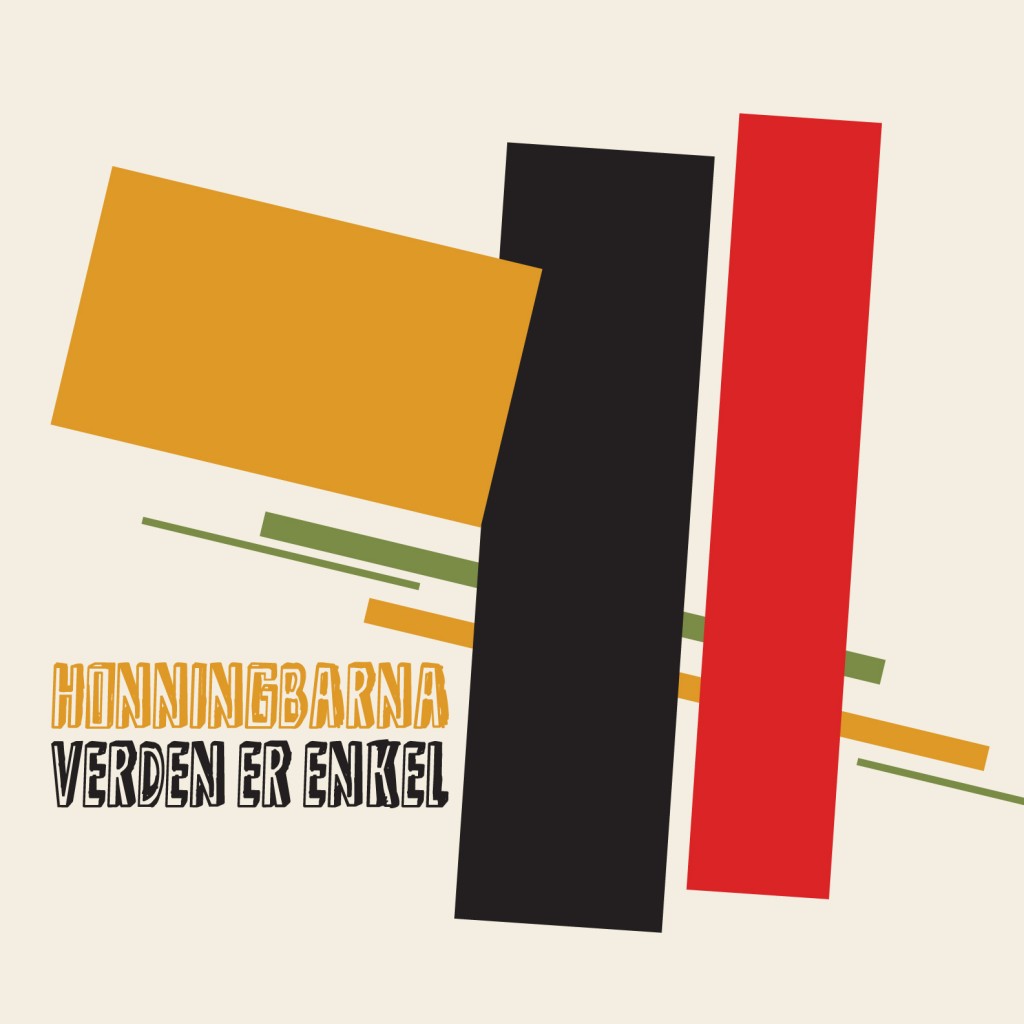 Like Chev Chelios‘s over-powered heart of beating infinity, Norway’s Honningbarna (Honey Kids) are an unrelenting, turbo-charged organ of pure energy. Similar to fellow kinsmen Kvelertak, they sing in their native tongue and not once does it hamper the enjoyment and sheer brilliance of Verden Er Enkel (The World Is Simple). From the bite of the discordant, Refused-aping opener of Dodtid (Downtime) to the scrappy punk rock adrenalin punch of Gi Oss Kick (Give Us A Kick), Verden Er Enkel is a rapid-fire assault to the senses.

A knee-jerk reaction is that it sounds very much like Refused – and there’s no denying the similarities; Honningbarna wear theÂ  influences of the Swedish mob who shaped punk to come with pride in all their mic-swinging, guitar cavorting glory. It also brings to mind the aforementioned Kvelertak – not just because it’s all sung in Norwegian, but some of the riffs – the frantic, spasmodic guitar attack and especially the solos, which are brief, but when they appear – oh my.

The breaking shriek that opens Dodtid is almost engulfed by the serrated guitars, buzz-sawing a bloody pathway of splattered, debauched rock. When the backing vocals kick in, it becomes a dense battle-cry and you’ll want to jump off things – trust me, these are the kind of riffs that made New Noise such an explosive, volatile anthem for the masses. I’m unsure as to why Austrian racing driver Niki Lauda‘s name is chanted with such gusto on Ikke La Deg Rive Med (Do Not Get Carried Away), but it does mean those who don’t know a word of Norwegian, get to bellow it as well – a breathlessly erratic party-smasher.

Velkommen Tilbake (Welcome Back) is littered with spirited gang-vocal chants, garage rock chords and dance-punk drumming. The inclusion of vocalist’s Edvard Valberg’s cello around the 2:20 mark is simply brilliant, adding some suitably abrasive classical strings to the sweaty breakdown. Tynn Is (Thin Ice) has the cocky strut of The Hives, circa Main Offender, shoehorning in gang-backing vocals and a bar-room stomp of inebriated, beer-swilling rock ‘n roll.

Fritt Ord, Fritt Fram (Free World, Stand Up) thunders past in just under 2 minutes of sweaty destruction – scything guitars, rapid-fire vocal yelps and the mosh-worthy thrash-punk of The Bronx when they were first kicking in heads. God Jul, Jesus (Merry Christmas, Jesus) is a happy birthday song to Buddy Christ. Boisterous and out of control, God Jul, Jesus – is an absolute beast; abrasive, taunt and striking – it also throws out a fucking awesome guitar solo near the end that brings to mind comrades-in-arms, Kvelertak – easily the best track on the album. Single Fuck Kunst (Dans, Dans) (Fuck Art – Dance, Dance) is another mic-swinging, punk rock blast of scrappy excellence, complete with handclaps and even a children’s choir thrown in at the end amongst the frenzied drums rolls and crashing chords.

If you need more validation on how much fun this album is, Offendans (Sacrifice Dance) offers 3 minutes of punishing Refused-style punk rock – from the caterwaul-breakdown and squealing keys, to Valberg’s throaty rasp of snarling glee. The title track (featuring guest vocals from Silje Tombre of Blood Command) is yet another blazer – with Tombre raising absolute hell with her blood-curdling shriek over the ripping power chords and the thunderous rhythm-section, which is somewhat brief, but crushingly heavy, before finishing with a flourish of strings. Gi Oss Kick (Give Us A Kick) is a ridiculously over-driven whirlwind of Zeke-style thrash, all gang vocals, stage dives, high-fives and the sound of drums being battered to pieces as it reaches a messy and anarchic conclusion.

I can only assume that on the live circuit, Honningbarna absolutely tear it up. The enthusiasm, passion and battering-ram power displayed on Verden Er Enkel is absolutely chaotic. They rip through these songs with precision and pandemonium in equal measure and the result is simply sublime. Do yourself a favour, get on this right away because Honningbarna are making the most exciting and refreshing punk rock you’ll hear this year.