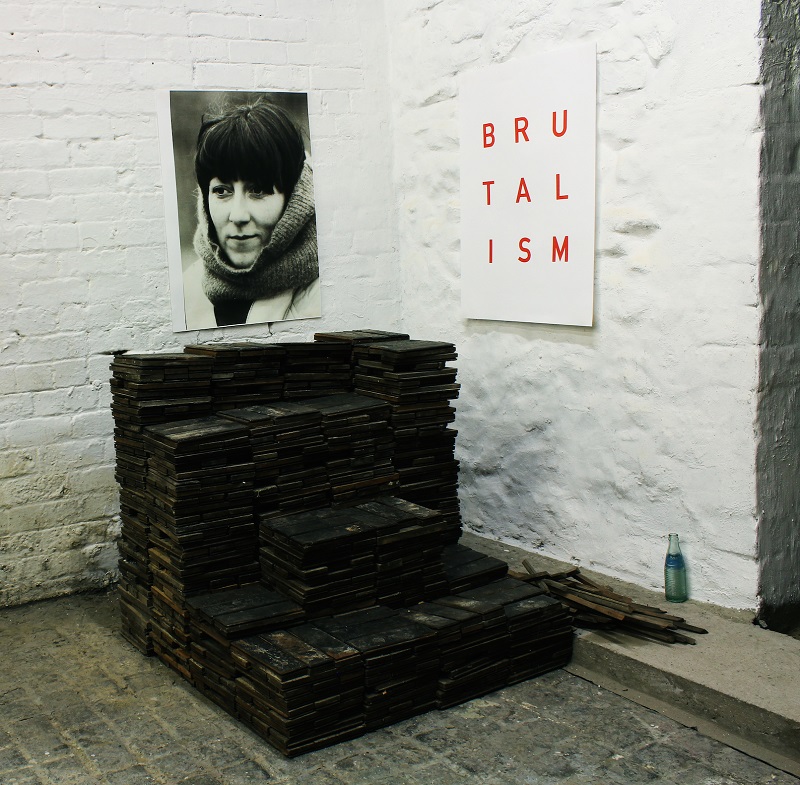 Subtlety doesn’t really exist to a band like Idles. Brutalism, their debut album, opens the door before you’ve had time to answer, staggers into your house, a blood-smeared hand caressing your walls, a half-drunk crate of beer under one arm and a look that’s a cross between madness and euphoria. Whatever is happening, you should know that it’s time to fucking party. What I really admire about this, is the way it straddles the line between absurd comedic hostility and genuine raging anger at the world and all 7 billion of us that currently exist.

Take for example the bludgeoning one-two punch of album opener Heel, with a thundering drum intro, that erupts into a crunching, flail of industrial-guitar shredding and overlapping vocal bellows and grumbling bass guitar. It leaves deep, ash-clad scorch trails in the dirt through its sheer raw power, before abruptly finishing in a wail of feedback that begins the bludgeoning and brash mocking tone of  punk rock banger Well Done. During this, vocalist Joe Talbot asks the listener why they don’t like/have a list of seemingly mundane things, stating how some chap called Tarquin and even Mary Berry likes/has them. “Why don’t you like reggae? Even Tarquin likes reggae! Mary Berry LOVES reggae! So why don’t you like reggae?” The way he says it though, you feel as though you NEED a reason, you need a comeback to this. It’s akin to experiencing some of the weirdest interview questions ever for a job you’re never going to get. I mean, even Trevor Nelson likes football, so why don’t you like football?

Brutalism continues along this trajectory by being absurdly funny in places, but also a savage and wide-eyed maniac you wouldn’t want to meet. It can though, at times, have some deeper more personal meaning beneath the layers of lip-curling grinning and crusty guitar chords. The volatile post-punk of Mother, which was featured here, I’ve come to learn, is about Talbot’s late mother, giving this the emotional depth that I obviously missed from hearing it the first time round. You can hear the pain in Talbot’s voice as he roars these words, on a track that’s far from polite, but instead bristles with wrought frustration and loss.

The frantic scribble that makes up Date Night is a rambling monologue of pent-up, arguing discontent – “Shepherd? You want to be a shepherd? Well good for you, go ahead, your life won’t be so tepid!” bellows Talbot, who gradually gets more and more incoherent until he reaches Andy Falkous levels of snapping, incomprehensible rage and his lyrics descend into scenery chewing snarls and garbled shrieks – superb. The sardonic mayhem of Faith in the City (complete with chants of “PRAISE THE LORD!“) is inherently disconcerting and laced with drunken, post-punk venom as Talbot spits lyrical tit-bits about Uncle Norm having cancer, but it’s okay – as Norm praises Jesus.

Ever looked at a piece of artwork and been driven to the point of dizzying ecstasy and then a sudden attack of nausea? That’s Stendhal Syndrome. Idles have experienced this and go on to recount a trip to various galleries in this 2 and half minute blast of art-bashing noise. “Did you see that selfie what Francis Bacon did? Don’t look nothing like him, what a fucking div” shouts Talbot, as he continues to crudely criticize, with tongue jammed so firmly in cheek, it’s burning a hole through his face. Props to the excellent no-budget video of their guitarist dancing/air-humping in front of loads of bits of artwork.

The thing about Brutalism is, it feels very ‘the same’ but it’s really not. I mean, it’s punk, but it’s painting a different picture (or rather rutting against the picture if Stendhal Syndrome is anything to go by). There’s a deep undercurrent of nastiness melting its way through. Despite that, 1049 Gotho is oddly really melodic in places, despite the noisy, accomplished rage that drives it and the cries of “my friend is so depressed…” which has Talbot gritting his teeth, on the edge of almost tears. The sombre slow-drum lurch of Divide & Conquer brings to mind the scribbled snarl of Pissed Jeans, slowly descending into a chaotic and messy ramble when the track finds its feet. Interesting then, that the scuffled lurch of the gang-vocal bellow that is Exeter sounds like a piss-take of a football chant stretched over 4 minutes, complete with the resulting evening trip to the pub in the coda. This is in stark contrast to the braying laughter of Benzocaine and its post-punk shuffle of middle fingers in the air to everyone. In-between referencing the Beatles and Ferris Bueller, White Privilege is also another weird little number of snarling, snapping punk rock noise that roars and rages with cruel, intimidating fire.

Brutalism is an obnoxious, angry and defiant slab of rock ‘n roll destruction executed with spitting, farcical animosity. Also, the drums on this are LOUD. Think METZ-style loud, which can only be fucking awesome. Well worth investigating, because after all, Tarquin likes Idles, even Mary Berry likes Idles, so why don’t you like Idles?