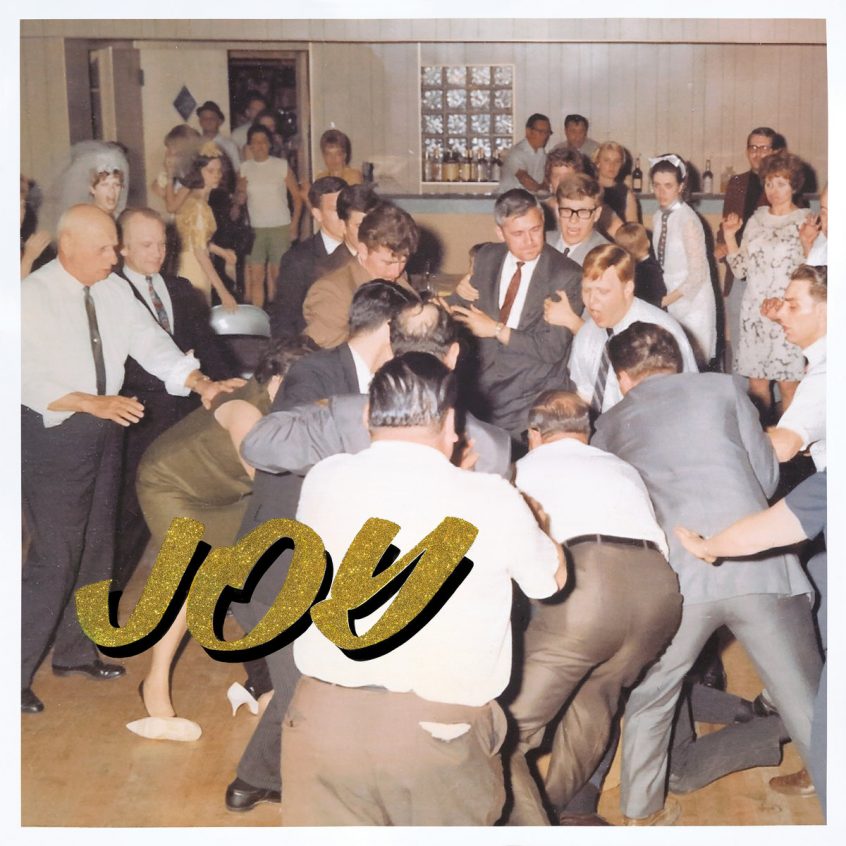 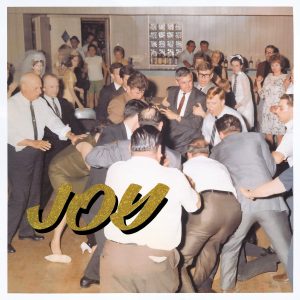 “A heathen from Eton/On a bag of Michael Keaton”

Bloody hell, these dudes have escalated quickly. In a manner of *checks watch* some time, the band that brought us the volatile and amusingly caustic Brutalism, are back with more audible punishment. Idles have become silly big in a short space of time it seems, and honestly, it’s a joy (yeah meant to do that) to experience, as their new-wave of refreshingly barbed, antagonistic and emotive punk rock is one we should hold close to our chests. What makes Joy As An Act Of Resistance tick though? It’s obvious from the way it has been constructed, this isn’t something thrown together in a few days, they’ve taken time, effort, blood, sweat and a lot of tears to construct what is at times, a deeply personal collection of songs.

I’m not sure what the best part of Colossus is – I think it’s every single second that it rants, shouts and spits at you, even the moment where all you hear is ragged breathing before it fucking explodes. Obvious contenders being the intro – that repetitive elongated bass line, with the rapid, marching percussion taps. Lyrics such as “I am my father’s son, his shadow weighs a ton…” a briefly misheard moment where you think vocalist Joe Talbot is singing about draining his body of Pimms (It’s pins) and that hypnotic chant of “goes and it goes and it goes…” are all utterly mesmerizing until it reaches the crescendo and…cuts. Only to then vomit up a volatile roar of bilious fury in the same vein as Heart Attack American. Holy. Shit.

The vicious nature is only escalated from where Colossus abruptly cuts off, with the savage guitar-swing of Never Fight A Man With A Perm, which appears to be a cautionary tale of old ghosts from the past and encountering a huge fucking ape of a person in a duel. It’s a dark, sardonic and frightening stream of consciousness spat by Talbot, describing this entity as “one big neck with sausage hands” and one of my favourite lines on Joy, “even your haircut’s violent.” A vicious, belching, scratch of angry noise dipped in shame, but completed with some wonderful slang terms for drugs (bag of Sheen anyone?) and is wholly cathartic and makes me want to scream in rage and delight.

Okay, so Danny Nedelko is just fucking wonderful in every single way. Written by the band for him (Danny is the frontman of fellow Bristol band, Heavy Lungs) it apparently expresses how important people like Danny are (Danny is a Ukrainian immigrant) and what a jolly excellent fellow Mr Nedelko is, but it’s also massively pro-immigration, coupling both notions together perfectly. Kudos to Idles for spelling out FUCK YOU as well and loads of people hearing it as you cannot move this from radio station playlists (and rightly so). An absolute belter of a track, wonderful, joyous music.

Within all this cackling black humour and fury, resides June, a track that originally, Talbot struggled to see how it could fit on the album. It touches on the sensitive subject of the stillbirth of his daughter last year. It’s a deeply thoughtful and grief-filled track, where Talbot bears his pain over a sombre, shoegaze-esque guitar line, whilst his actual voice showcases the strength and beauty of his vocal chords when he’s not channelling the power of Damian Abraham. This is part of the strength of Joy though, the way the sudden changes in tone, from the sinister creep of the beginning, to the scum-laden ranting, to celebrating chaps called Danny to then touching upon heartache and loss.

Feeling somewhat down on your luck? Listen to Television for some motivation. On this punchy punk rock number, the listener is implored to “love yourself” to “go outside and feel free” (a subtle rally cry to experience nature?) It’s about self-belief, that you can achieve things, it bleeds positive vibes and an overload of confidence and bravado. Oddly, I’d love to hear Ray Winstone singing this club-style. Speaking of which…I love Great. It’s great. From the sickeningly groovy opening jungle bass line (and Talbot’s plea to the listener to do expand their musical tastes) it’s a cracking anti-Brexit rant of bristling power. Roars of blighty wanting her new “blue passport” to “50 inch tv screens” Great is a riot of air-punching, furious punk rock and will craft a massive, riotous grin on your face, guaranteed.

Concept song, Gram Rock is apparently about a couple of coked-up bankers at a funeral, hence Talbot’s daft, ranting lyrics about commenting on the “lovely spread” and “I scored a a win, badda-badda-bing, I’m the king!” The whole attitude of this drum-driven blast of obnoxious, toxic punk rock is repellent, nasty and inappropriate – exactly what Idles want. I’m unsure I understand the “TEN POINTS TO GRYFFINDOR! TEN POINTS TO GRYFFINDOR!” chant but it’s fucking magic all the same and makes me grin every time I hear it.

“KEEP GOING! SMASH IT! RUIN IT! DESTROY THE WORLD! BURN YOUR HOUSE DOWN!” Roars Talbot on the gnarled and lengthy closer that is Rottweiler, a track that spits a huge globule of  disdain in the face of the media (screams of “vultures at my breakfast table” seem to cement this feeling). Perhaps one of the simplest and direct tracks on Joy, it packs an ugly punch of disjointed, angular punk rock, with Talbot’s snarls akin to that of a dog on the track’s volatile and snapping chorus.

The mangled, crunching ending of Rottweiler is the perfect cathartic end to a devastating, emotional, thoughtful and brilliantly brutal album. Joy As An Act of Resistance is an incredible body of work; the lyrics are cutting, sarcastic, hopeful and tragic in equal measure, whilst musically it’s an infectious, caustic scrawl of equal parts exhilaration, fun and chaos. Prepare to see this sniffing around the album of the year polls, you’ll be sick of the sight of it (only, you won’t, because it’s stonking excellent).

Stream/download absorb into your bloodstream Joy As An Act Of Resistance by Idles below.