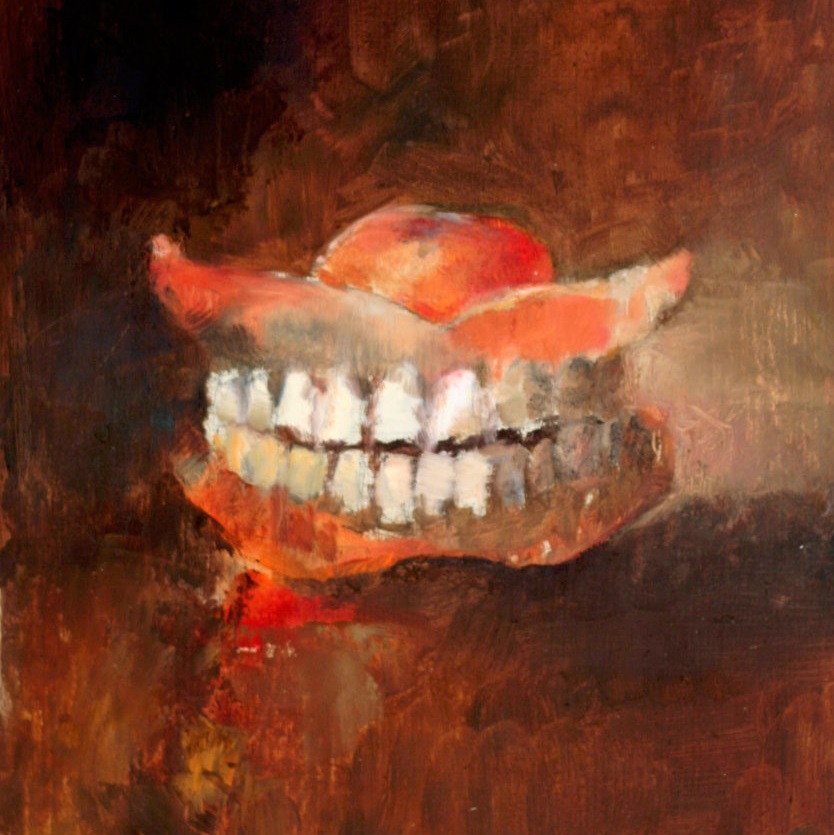 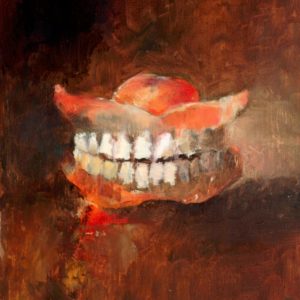 This is some seriously nasty shit.

I’m not sure about you, but that EP cover makes me feel uneasy. I’m reminded of Stephen King’s Chattery Teeth story from Nightmares & Dreamscapes. Ils (pronounced “ilz”) are a four piece from Portland, signed to French label Pogo Records and Pain Don’t Hurt is their first EP and it’s an ugly and disturbing racket.

On the opening mangle of No Luck, it sounds as if several drills are being plunged into a guitar in some savage, Hostel-esque torture horror. When the bass kicks in, it’s a huge nod to the slovenly grind of Unsane and then the vocals cut through the airwaves. A snarling, almost black-metal screech of throat-stripping pain snaps at the air, before it twists into this gruff, hollow nu-metal sneer. Initial thoughts were that Ils were a dual-vocalist mob, but video evidence clarifies that one voice-box is going through this caterwauling process of depravity.

There’s a fraction of melody existing in the chorus on the stomach-retching thunder of It’s Not Lard But It’s A Cyst, as the bass thumps and pounds along this ever-disjointed guitar line and scraping noise-rock squeal. “It just doesn’t matter, the girl’s got a mohawk” is uttered on the swaggering crunch of Northstar – a furious 2 minute blast of circle-pitting, old-school hardcore mayhem and crust-punk fury.

The tweaking guitar plucks at the beginning of Curse bring to mind the incessant beeping on Stag Party by Cherubs, and the intimidating, vocal shouts and gargling snarls as it begins to grow and grow in hostility will set your teeth on edge. That grinding guitar shriek punctuates in and out of this track like wild, scathing laughter. The turbulent closing roar of For The Shame I Bring sums up Pain Don’t Hurt and conjures up moments of early Converge, mixed with the scraping, detuned wail of Whores venting all their bottled up frustrations to the world.

Ils wear their distaste for all to see. They’re not here to make friends, more infect you with their brand of rabid, caustic hardcore. A biting and twisted debut EP, overflowing with malice and the gnashing of teeth.

You can download Pain Don’t Hurt for name your price below. Ooh, gravy!