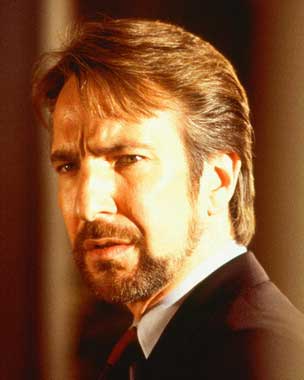 Some of you may remember this feature on weird cover songs from July (back when it was sunny, probably) and I didn’t have to wear 6 layers in order to stop my blood from freezing. It got me thinking; I should really start creating the concluding parts to these posts otherwise KIF will become a graveyard of unfinished features, when really I want each one to have a slightly inferior (or in the case of Aliens) superior follow-up post.

Due to the fact Christmas is just round the corner, here are some suitably festive cover songs/possible originals for you to enjoy, because let’s face it, I think we can do without The Pogues or Noddy ‘Worzel Gummidge with a guitar‘ Holder for one year, yeah?

Taken from a 3″ mini CD I was given at a Down I Go gig last year, Vessels guitarist Peter Wright does his best ‘depressed drunken uncle at a karaoke barâ€™ impression to Irvin Berlinâ€™s classic festive hit. In some places he sounds more like Noel Coward eating toffee and sax solo at the 1.30 mark is a sobering icy slap in the face.

As featured on the best Christmas movie ever – i.e. Die Hard; DJ Run, D.M.C. and Jam-Master Jay splice their funky, off-kilter rap beat with the season of goodwill. The first verse details how Run finds Santaâ€™s wallet â€â€œ apparently heâ€™s minted, whilst D.M.C busts some fresh poetry involving preparation for the big day. Aww. â€œThe rhymes you hear are the rhymes of Darrylâ€™s, Each and every year we bust Christmas carols!â€Â Indeed.

Surf rock and Christmas â€â€œ odd bedfellows? Try telling that to Reverend Horton Heat. Although it sounds like the kind of tune soundtracking some straight to dvd film entitled ‘Surfing Santa Goes To Hawaiiâ€™, thereâ€™s no denying that this song about types of tree decoration has been dragged kicking and screaming into the world of sunny, psychobilly rock ‘n roll. A modern day Surfaris if you like. Cousin Wizardface – ‘In My Room Of Requirement (It’s Always Christmas!)‘

Possibly the strangest Christmas song ever. If you can get over the ear-bleeding, extremely shrill singing voice and the overall smothering twee-ness of practically everything about it (especially the lyrics), then this insane, but unique treat from ‘wacky’ sock-puppet misfits, Uncle Monsterface (under a pseudonym because it was on a christmas album) could be for you. Perfect wizard rock to bring in the New Year whilst you get suitably intoxicated on butterbeer.

Presenting, on lead vocals….The Ghost of Christmas Present! Definitely the best spirit. The little pixie one was annoying and the other one shopped at the same stores as the Grim Reaper – no originality. I nearly didnâ€™t include this for the soppiness factor in brings, but itâ€™s such an uplifting song from what I consider the best Muppets film. Apparently Michael Caine is a big fan of this one.

That should keep you entertained for about 10 minutes. From everyone on the Keep It Fast team (including Mad Mac), I wish all our readers a very Merry Christmas and a Happy New Year! You can go stuff your gob with mince pies now. Go on, hop it.