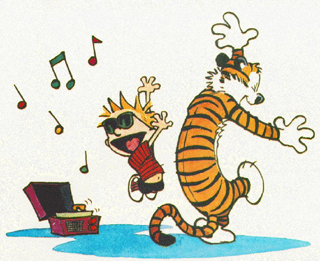 So it’s the end of another year and time for yet another list of top albums, gigs, moments and of course the crushing lows of 2008. This year has been particularly brilliant in the world of music, with bands from the UK metal scene releasing some truly fantastic albums, some thunderous live performances from acts such as Arnocorps, Goldfinger, Gay For Johnny Depp; not to mention our homegrown talent in the form of The Display Team, And So I Watch You From Afar and Future of the Left. Other highlights have included Speedo’s sweat-stained shirt, Matt Caughthran’s big smiling face, drumkit towers, Darrin Pfeiffer’s arse and of course, Turkmenbashi. A cracking 12 months.

This was something I reviewed for another site at the start of the year and I’d forgotten just how good it was. Sons of Noel and Adrian bring dread and darkness to folk music like you wouldn’t believe. Sometimes it’s as bitter as chomping down on a whole bag of lemons, whilst elsewhere it would reduce evenÃ‚Â Vic Mackey to tears with its chilling message and ghostly sound.

What I believe to be their most accomplished work to date, ‘III‘ is The Bronx at their finest. The additionÃ‚Â of a second guitarist emphasises the beefy, rumblingÃ‚Â sound the band now have and just how loud and discordant they’ve become. It’s something of a grower, but at only 33 minutes in length there’s no excuse not to have this on repeat, headbanging, as you cruise down the motorway at excessive speeds, window rolled down and middle finger raised high (review here).

Not for the faint-hearted. In my review, I described it as akin to ‘being crushed with a hydrolic press, ala the end of Terminator.’ In other words, yeah it’s pretty heavy; almost sickeningly. If incomprehensible screaming, sludge-thick riffs and the kind of drumming that brings to mind the sound of bombs going off, then ‘I Am God Songs‘ by the Starcraft loving sheep boys is a worthy addition to your collection.

5. Rocket From The Crypt – All Systems Go Vol. 3 (Vagrant records)

Proof that even after a band has finished, they can still deliver the goods. This new All Systems Go package is 20 more cuts from the RFTC vault and some of their best work to date. Itâ€™s as slick as the grease in Danny Zukoâ€™s hair, yet as raw as how I like my steaks and the production feels like a barrel load of grit has been poured over the mixing desk (review here).

4. Take A Worm For A Walk Week – The Monroe Transfer (Undergroove records)

Just really fucked up. Scotlandâ€™s Take A Worm For A Walk Week are a more listenable version of the Locust, with less pretentiously baffling song titles and the kind of dislocated scrawl, thatâ€™s been soaked in whisky and rolled in dirt and broken glass. Intense, teeth-rattling grindcore that will leave your head spinning and body flailing spasmodically (review here).

3. The Night Marchers – See You In Magic (Vagrant Records)

Is there nothing John Reis canâ€™t do? Why does everything he touch turn to pure solid gold? ‘See You In Magicâ€™ is the debut release of his new project, The Night Marchers and pacts the kind of punch youâ€™d expect from the quiffed wonder. It swaggers with such swashbuckling arrogance, you canâ€™t help but feel this is a band that would bleed ‘coolâ€™ if you cut them.

Possibly one of the finest bands Iâ€™ve heard in the last 5 years; Adebisi Shank recreate and destroy music at the same time. Their instrumental math punk clamour is devastatingly furious as it is infectiously danceable; with all 3 band members grinding out some of the most technically impressive sounds using a simple guitar/bass/drum set up. Oh yeah, and a shit load of effects pedals (review here).

1. Down I Go – Tyrant (Undergroove records)

The undisputed winner (although the ‘Shank came close); Down I Go scoop Keep It Fastâ€™s album of the year. As stated in my review, ‘Tyrantâ€™ is: â€œâ€Â¦their most accomplished work to date and sets an almost impossible standard for the next wave of British metal and hardcore bands to topple. Lyrically, itâ€™s a crash course in tyranny condensed into 12 rabid slabs of ferocious energy and erratically brutal musicianship.â€Â Congratulations guys, you deserve it (review here).

(Other worthy and impressive releases you should own include: ‘The Animals Still Run This City‘ by Scream! Shout! Say Nothing, ‘Civil War‘ by Dillinger Four, ‘Everything Beautiful Reminds Me Of You‘ by Tim Ten Yen, ‘Spirit Animal‘ by Zombi, ‘Ruiner‘ by Made Out Of Babies, ‘Get Awkward‘ by Be Your Own Pet and ‘This Is Our Machine And Nothing Can Stop It‘ by And So I Watch You From Afar.)

8.)Ã‚Â  Arnocorps @ Dublin CastleIf we ignore the large amount of crowd-surfing dickheads, this was an Arnold Schwarzextraveganza of heroic magnitude by the balliest band in the entire world. Look forward to the new material, especially ‘You Lack Disciplineâ€™ â€â€œ IT IS NOT A TUMOR! (Review)

Homoerotic hardcore from a band that needs to release a live album asap. Playing all their recorded material (the total running time must be just over 30 minutes), Gay For Johnny Depp are a scathing, rampant ball of fury and their singer doesn’t mind it if you end up sprawled all over him at the end of the set, in fact, he actively encourages it.Ã‚Â  Completely off the scale. (Review)

Goldfinger are the band that put on a show more than a gig. Instead of standing up and playing the songs, they drag people on stage to sing songs they’ve requested; invite one ‘lucky’ person to eat a foodstuff from their drummer’s arse, tell the shittest jokes imaginable and cover a one-hit wonder track about condoms from 24 years ago that die-hard punk fans love. (Review)

Triple bill of talent in the form of the brass pounding, stop-start, 6 part vocal harmony punk of The Display Team; Ireland’s art-punk noise rockers Bats and of course, everyone’s favourite disaster boys, Down I Go, playing their last set with drummer Ben and the best version of ‘Saparmurat Niyazov’ (‘Turkmenbashi’) ever.

Barbaric, brutal and brilliant. Three ‘bâ€™s to describe The Bronx and their performance at Kings College back in October. With their sound finally at a listenable level that didnâ€™t leave your ears bleeding. I think the pandemonium that opening track ‘Heart Attack Americanâ€™ caused, which had people at the bar moshing, is a statement of their intense and powerful live sets. (Review)

One of those gigs in which you canâ€™t stop grinning. The one-two-three punch of ‘No Culture Iconsâ€™, ‘Pillar of Saltâ€™ and ‘Hereâ€™s Your Futureâ€™ was simply majestic. Popular punk-rock at itâ€™s finest, delivered with such exquisite force and passion.

1.) Future Of The Left @ The Water Rats/This Ain’t No Picnic

Featuring some of the best stage banter/heckler-bashing Iâ€™ve heard, some truly terrific songs, a drum kit tower and a 12 minute plus rendition of ‘Cloak the Daggerâ€™ to close, means Future of the Left are my live band of 2009. Absolutely stunning. (Review)

(Other notable live highlights include: Fighting With Wire, Alec Empire, The Smoking Hearts, Scream! Shout! Say Nothing, Jaguar Love, The Tupolev Ghost,Ã‚Â  Ice, Sea, Dead People, Tropics, Tubelord, And So I Watch You From Afar, Oxes and of course, all the bands at the Smalltown America All Dayer.)

Meet Me In St. Louis, Johnny Truant and Cutting Pink With Knives all throwing in the towel; Hell Is For Heroes and Reuben going on ‘indefinite hiatus’, Nickelback STILL being allowed to release music. There really is no justice in the world.

Future of the Left are set to release a live album come January and are supposedly working on album number 2, whilst The Bronx, Fucked Up and Rolo Tomassi are heading out on the ‘Shred Your Face 2’ tour in what looks to be one of the best line ups ever. Double-drumming Scottish types Dananananaykroyd are to release their debut album ‘Hey Everyone!‘ sometime in March and tour again (this time I’ll try and see them). Bats are devoting 2009 to releasing their debut album (quite excited about this) and with any luck there should be some progress on new material from Past Lives (ex-Blood Brothers types). Also, Pulled Apart By Horses and their scrappy punk rock, hopefully a Tubelord album and new material from And So I Watch You From A Far. 2009 is set to be fantastic.