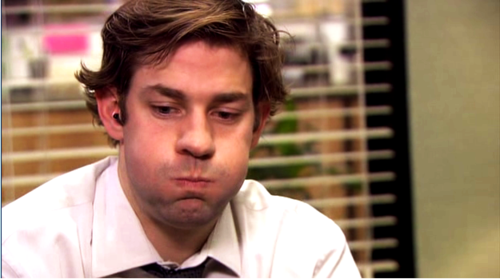 I’m not going to do a gig rundown, because I didn’t attend that much this year. However, Hot Snakes, The Bronx, Death From Above 1979, Taking Back Sunday and Johnny Foreigner were all excellent, as were any bands I forgot about (it’s been a long year). I have to say though, this has been one of my favourite years for music – some real surprises, some truly amazing albums and some fantastic songs that I’ve pretty much been playing to death. There’s also been disappointments – ‘Goblin’ by Tyler, The Creator, being a complete mess, absorbed by hype (‘Yonkers is still a massive tune), the new Foo Fighters not quite living up to what I hoped (still too polished guys) and Steel Panther being somewhat tedious live.

And So I Watch You From Afar â€“ Gangs

â€œIâ€™M NOT A PROVIDER BUT A CENTRE DIVIDER!â€ Clocking in at under 22 minutes, â€˜Parting The Sea Between Brightness And Meâ€™ is some of, if not the strongest, emotive hardcore punk around at the moment. Itâ€™s the piano led â€˜Condolencesâ€™ that really stands out however. Jeremy Bolmâ€™s vocals are laced with bitter, echoing sadness on an album that stretches the hardcore template to its limit with its fractured, caustic, emotive message.

Zombi make this progressive future music that sounds so alien to everything else about at the moment. At least, to these ears they do. Itâ€™s a rich, luscious soundscape of rising synths that simply wash over you. In some respects, it reminds me a lot of the Unreal Tournament soundtrack â€“ that same progressive rush of clattering instrumental keys versus drums that are constantly at war.

Today Is The Day â€“ Pain Is A Warning

I was surprised with how much I enjoyed this album. Some parts remind me of Therapy? jf they spent all their time listening to Slayer and had a sense of humour bypass. Itâ€™s dark, evil-sounding metal that twists and sneers and just sounds so deliciously malevolent and snarling. â€˜Wheelinâ€™ is Fu Manchu snorting acid, whilst â€˜The Devilâ€™s Bloodâ€™ is a weird mix of guitar-wailing fret-destruction and a dark stomping groove of fear. The only metal album you need this year.

The first song on this album features the words â€œGET FUCKED!â€ yelled as both an order and a burning spit of vile hatred.Â  Still not entirely sure what to class â€˜Worthlessâ€™ as â€“ totally radical seems apt. Or gnarly, hardcore punk fed through a filter of sludge. Or Harvey Milk trying to cover Some Girls songs. In any case, itâ€™s a raging, seething, scene-bashing assault.

The Wonder Years â€“ Suburbia: Iâ€™ve Given You All And Now Iâ€™m Nothing (fist-pumpingly excellent pop-punk that will leave a stupid grin on your face.)
The Heat Tape â€“ Raccoon Valley Recordings (scrappy, early-Thermals garage rock devoid of production, packed with tunes and a snotty, abrasive attitude.)

Wolves Like Us â€“ Late Love (Norwegian hard rock that sounds like itâ€™s turning into Mastodon jamming with Black Flag.)

Red Fang â€“ Murder The Mountains (sludgy, heavy metal attack by a band who have taken elements that make Mastodon so vital and covered them in layers of dirt and decay.)

Of Legends â€“ Stranded (The guy from The Secret Handshake making sick â€˜n twisted chaotic metalcore thatâ€™s completely detuned but vile and cutting in every aspect.)

Fucked Up â€“ David Comes To Life (a punk rock opera clocking in at nearly 80 minutes. Itâ€™s an epic and rewarding slice of the future of three chords and the truth.)

Hawks and Doves â€“ Year One (Planes Mistaken For Stars frontman does alcohol-soaked depression with a voice that you can smell scotch on from your speakers. Imagine an unhappy version of Hot Water Music.)

Black Spiders â€“ Sons of the North (released at the beginning of the year, â€˜Sons of the Northâ€™ is G.U. Medicine-style rock â€˜n roll with some Fu Manchu thrown in for good measure. Tight, raucous and packed full of beard power.)

Heartless â€“Hell Is Other People (spiteful, black-metal hardcore, not for the faint hearted.)

Junius â€“ Reports From The Threshold of Death (Neurosis style heavy noise and shoegaze washes over some of the most sombre and sorrowful vocals Iâ€™ve heard.)

This Is Hell â€“ Black Mass (blazing thrash-punk rock that barely gives you time to breathe/think/concentrate.)

Brutal Truth â€“ End Time (unrelenting assault from the grindcore legends that refuse to simply shut the fuck up.)