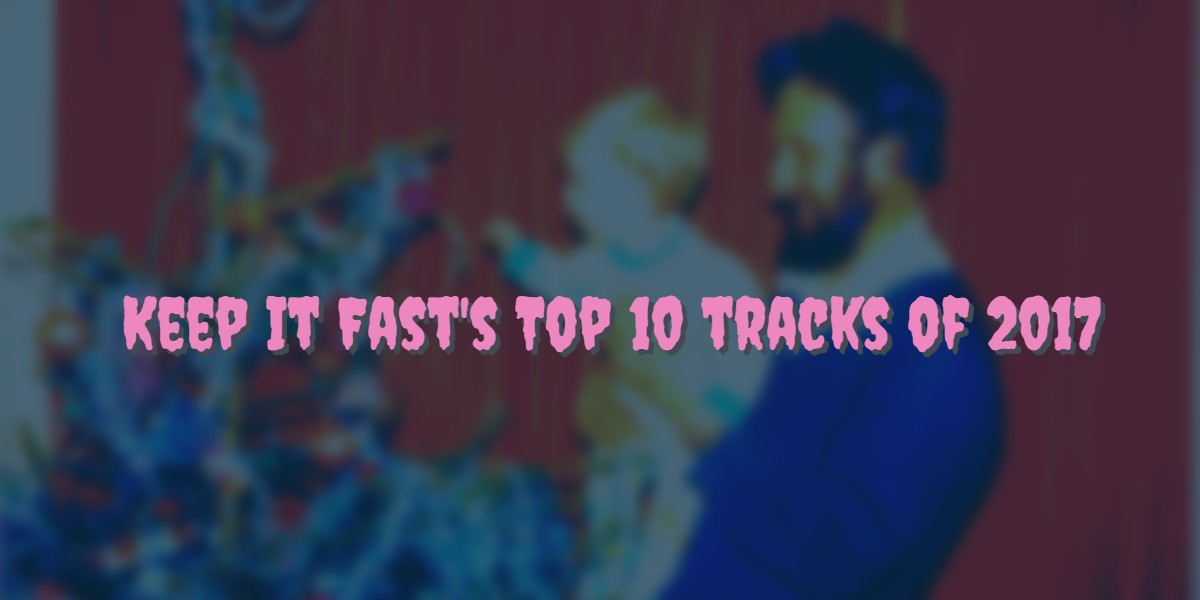 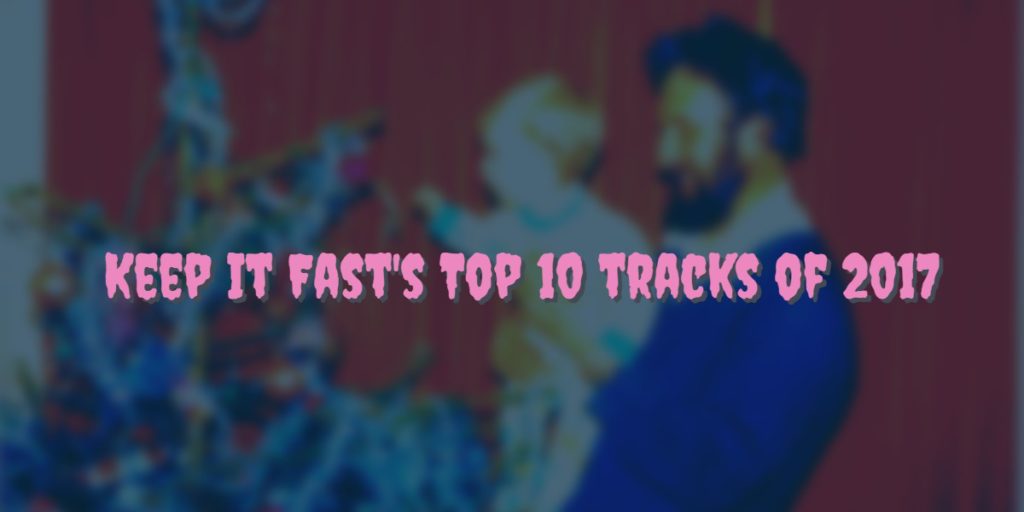 We’ve already talked about my top 10 albums of the year, so let’s focus on the top 10 songs of the year.  All guaranteed to be absolute bangers, if not, I’ll send Tiger Crew round your house to have a word. (YEEEEEAAAHHHHH) Enjoy.

This 7 and half minute opus that bridges to two sides of Near To The Wild Heart Of Life, is so simple, yet it utterly ROARS with anthemic mic-swinging passion. It’s at a slower pace to the usual Japandroids scuzz-frenzy, employing a hypnotic, synth-sounding guitar loop from guitarist Brian King, with drummer David Prowse hammering out this spirited and layered marching beat. The song is apparently an allusion to the crescent arch of the city of New Orleans (also due to the city’s relaxed culture to partying and drinking and the number of bars). Clever eh? Also, the line “But I got no plans at all/Except to drink as soon as possible” is so in culture with Japandroids work and a huge nod to the fantastic Nights Of Wine And Roses from Celebration Rock. Stunning.

You’re not prepared for how RIDICULOUSLY catchy this is. Oh sure, it is cheesy as hell; it’s a huge block of cheddar smashing down. It’s just the song to replace Call Me Maybe from that continuous loop inside your head. The 80’s synthwave vibes, the weird flourishing key chimes that sound like a message alert tone, the pounding disco-beat and let’s not forget the bouncing power-pop energy that is righteously infectious and glorious. Cut To The Feeling is so damn euphoric and positive; it bristles with unrelenting joy, passion and huge theatrical ham – an absolute banger. Take a bow, Jepsen.

Down I Go – Heracles (self-released)

The best band in the world (no hyperbole) return with a cheeky little EP and make everything else pointless. Heracles is the final song from Mortals and it’s suitably deranged/epic/noisy/creatively jaw-dropping. I’ve no idea if all 12 labours of this god-man are shouted in all their glory (vocalist Pete Fraser falls somewhere between bellowing wounded dinosaur and Mike Patton gargling tizer in your bathroom) but the maddened, schizophrenic ramblings dip into the mathcore waters, whilst the riffs are monstrous, lurching Botch-esque bone-crunching slabs of terror. The closing croons of “bring it back, bring it back…” coupled with some maddened, muted-sax playing all add to this whirlwind of delightful chaos.

“VINYL CASSETTE! EJECT YOUR VINYL CASSETTE! REWIND YOUR VINYL CASSETTE! BUT TAKE CAAAAAAAAAAARRRRRRREEEEEEEEE!!!!” spits Steve Hodson, professional deadpan snarker and mouthpiece of USA Nails, the most dangerous manicurists in London. Does format fucking matter though? The abrupt heaviness of this nearly punctures the airwaves it’s so sharp and cutting. Guitars are tuned somewhere in the Event Horizon dimension, whilst the drumming is sickeningly caustic and loud, so ungodly loud. I think the genre is just misanthropy. Or hate. Actually, it’s both of them – yeah we’ll go with that.

As someone who lives for groove-laden instrumental rock, it’s a good thing Closet Disco Queen exist, one of my favourite discoveries in the last few years. This arm-flexing, swan-sickening strut of positive stoner-jam-dance-metal-noise is delicious. It’s heavy enough to bang your head to, yet it’s got that hip-shaking teasing sound that will burrow it’s way inside your brain. You can smell the burnt rubber on the asphalt as this roars away from you, the horns thrown high in the air, the muscle-car tearing down the strip, dust billowing from behind. Why aren’t you air-drumming yet? Let’s jam.

“They made all their money, so fuck you, FUCK YOU” intones Andy Falkous on the ripping hand-clap-a-thon that is the title track from the fourth Christian Fitness album. The very fact this sounds like thousands of fucking angry bees playing thousands of kazoos should be enough to convince you what genius this is. Seething with the kind of anger at the current state of everything, coupled with scratching, acidic fuzz-punk energy, Slap Bass Hunks is the anthem for the those feeling particularly furious at the world and with this they can let vent with the utmost amount of bile.

Manipulating dimensions to somewhere absorbing and wholly different from our own is perhaps a safe bet right now. That technology doesn’t exist, but maybe in Blanck Mass‘s music we can find some solitude akin to that. Please is a mind-bending trip to be able to properly explain in words. The chopped-up vocal loops, the glistening and radiant energy it pulsates, the glow and warmth it makes you feel. It sounds like blood running through your veins, your heart keeping you upright; it’s gorgeous and thoroughly absorbing.

This was released in February and no other music video has touched it really for absurdity or the sudden mood-whiplash in the closing seconds. Pissed Jeans are bizarre, and The Bar Is Low, from their “laughing at every day life” concept album, Why Love Now, is laced with their trademark oddball humour and boastful quirks. The opening line of “I’ve been described as good/some have even said great/what have I done/to deserve such a fate” should tell you all about what to expect. Also, listen to that gurgling bass, absolutely lovely and the set of pipes on vocalist Matt Korvette – wonderful, antagonistic and sarcastic punk rock.

HCBP – The Patriot (self released)

Bridging the gap between  genius and insanity, HCBP (Haggard Cat Bothday Present) are half of the recently split HECK. If you’re wondering what this sounds like, it’s in a familiar ballpark of being nerve-rattling and utterly chaotic. Riffs splatter and shriek with a feral, robot-rock bludgeon of early Queens of the Stone Age, whilst the drums hammer out the kind of muscle-car roar you’d expect from a Fu Manchu album. A blistering, howling storm of feral sounds barely held together, but by god it’s bloody excellent.

The twisted wreckage that make’s up Thank’s universe is so utterly gruesome, you cannot help but stare or at least, hear as their…. “sound” hisses, crackles and pops as it begins to melt through into your mind. Staggering between the realms of caustic noise, punk and industrial dance revolution, this five piece from Leeds sound like the end of the world. Fragile Ego is a snapping, rabid, mind rot of decay and bubbling, nonsensical ramblings. This is the new noise you were warned about and it’s finally here – that new beat, that sound you were warned about and it’s utterly deranged and impossible to ignore.

😀 😀 😀 😀 😀 😀 😀 😀 😀 Actually, scrap EVERYTHING ABOVE we quite clearly peaked musically back in April 2017. This might be the best thing I’ve ever heard and I once experienced a long note that had a powerful sense of dread attached to it.