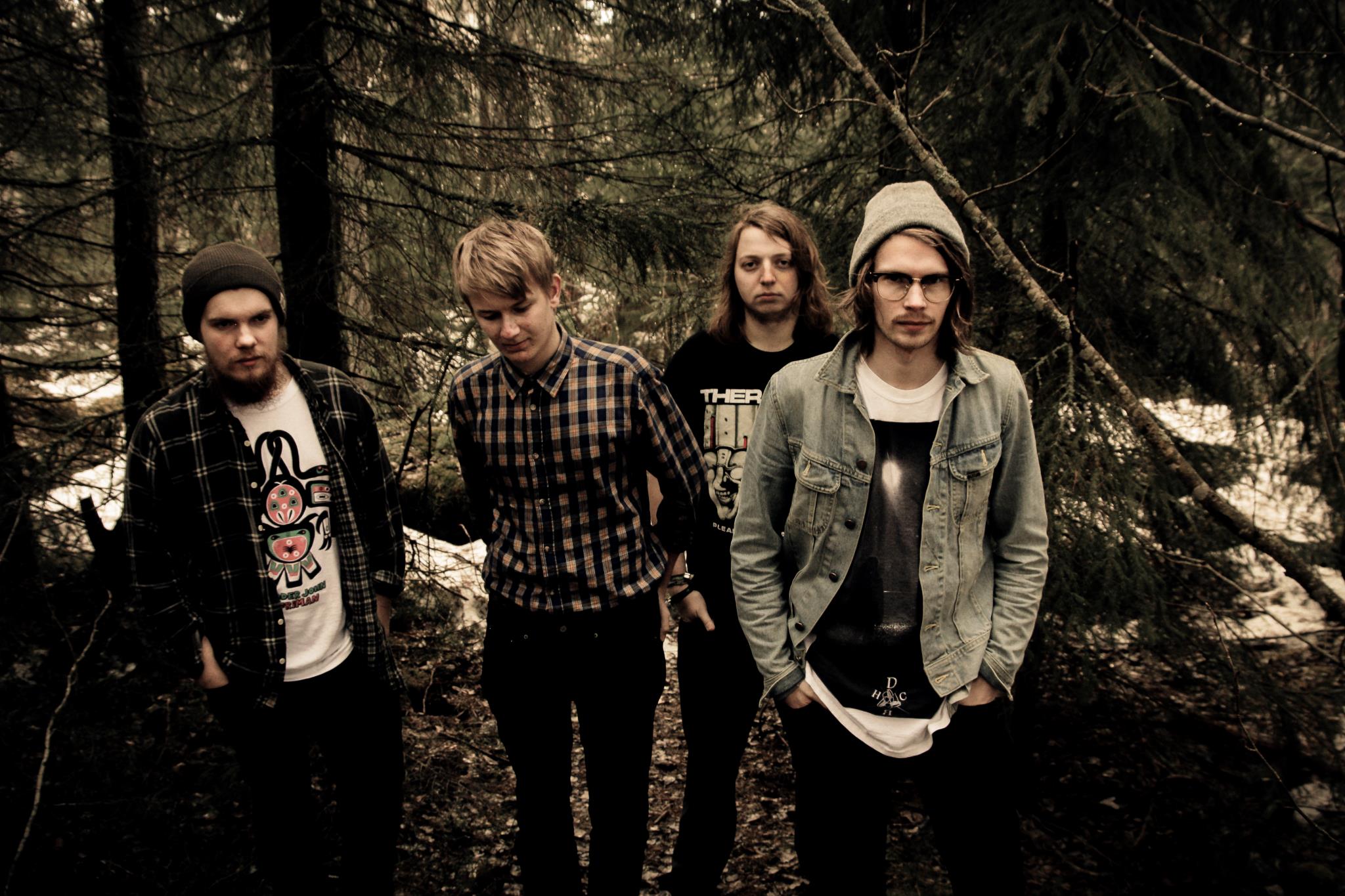 Despite their sweet-sounding name, Sweden’s Kira are anything but delicate. It’s not so much as no love lost, as love thrown under the car and set on fire. Kira are aboutÂ  the scratching, blast of tender, pulsating dread and terror. Opening track, Glaset i mina vener (Glass in My Veins) rips through in a scuzzy, fuzz of crunching feedback and brutal, low-end heaviness. The sudden barrage of frantic, breakneck punk rock is such a surprise, you’ll wonder what the hell has happened. The vocals are spat in Kira’s native tongue from a voice-box that’s gone beyond ravaged and sounds as if it’s in constant raw pain and turmoil. The last minute is uncomfortably heavy with that crushing Cult of Luna-style weight, coupled with the scrappy cymbal crashes and twisted feedback.

The vocals are spat in Kira’s native tongue from a voice-box that’s gone beyond ravaged and sounds as if it’s in constant raw pain and turmoil..

They throw somewhat of a curveball with the EP title track, Persona – a sombre, mournful creep of muted guitar notes, which eventually evolves into a post-rock build of melancholy chords and those trash-rock drums, before hitting home with some fierce, melodic post-hardcore, straight out of the TouchÃ© AmorÃ© rulebook. En mardrÃ¶m, fÃ¶rkolnad (A Nightmare, Charred) is probably my stand-out track on this. Swift and chaotic, the drums are utterly pummeling and ferocious in every way, whilst the hardcore attack is laced with a bleak, crushing sense of frustrated agony and doom. It’s refreshingly savage and rough, stripped down to a no-frills, stark assault. There’s an almost Jane Doe-esque bile-spitting fury to this and some of the riffs bring to mind the shredding of Mr. Kurt Ballou.Om jag var trasig dÃ¥ (If I Was Broken When) concludes Persona through a scathing, rush of hardcore punk fed through the black-metal filter – guaranteed to give you neck-ache from all the headbanging you’ll be doing in the rasping coda.

Click on the bandcamp below and absorb Kira’s caterwaul.