Weird year for stuff, some of it bad some of it excellent. My top 2 will not surprise some people and it’s mostly business as usual. Some returning bands – The Bronx have absolutely excelled themselves on the new one – USA Nails might not be in the giddy heights of their first two records, but Shame Spiral is as brutal and horrific as ever and it’s a simple fact that there’s been some exceptional releases that have pipped others. Some truly outstanding work all round though and even albums that didn’t make the top ten (sorry Pissed Jeans, you’re in at 11…) were stonking great. Enjoy. 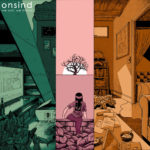 A somewhat late inclusion, but this third album from Durham’s Onsind has made a massive impact on me in just a short space of time. Raw, brutally honest and some incredible lyrics throughout, We Wilt, We Bloom is a moving, cynical and cutting statement, heavily referencing our current see-sawing political climate of bullshit and misery. However, it’s laced with hope, with a direction that states we can do something, that there is time for change and better days are on the horizon. Listen to the lyrics on the brilliant Shining-referencing Sectioned – superb, thoughtful and reflective storytelling locked down into a four minute pop-punk banger. 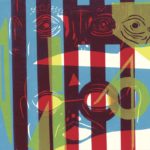 Hello nasty. Noise and speed are two words to sum up Shame Spiral, the third album from London teeth-grinders, USA Nails. This is an ugly, boiling cauldron of rage; the guitars are overclocked to the max, especially on the acidic bedlam of Play It Again Johnny and the shredding Does Format Matter? It’s got that scrawled, caustic quality of the first METZ album – utterly savage, loud, volatile and seriously uncomfortable to experience. Every track feels as though it has been submerged in a barrel of noxious feedback and it howls with implacable tension and serves to move the band further from their debut, Sonic Moist. Chilling and strangely intriguing. (Review) 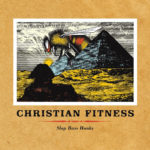 Slap Bass Hunks is apparently the least successful Christian Fitness album, which is a shame because it is fucking brilliant. For one thing, the bass sounds utterly gnarled/ugly/disgustingly noisy. Also, some of Falco’s best work exists on this excellent 10 tracker, from the vomiting-fury of the title track, to the vest-appraising National Insurance, an Anglican mouse on the handclap frenzy of Hallowed Be Thy Naming Rights and the dread-inducing creep of Nobody Likes a Snitch. Just under 30 minutes of pure surrealism that will leave you either laughing your head off or whimpering in the corner and we should all be thankful for it. (Review) 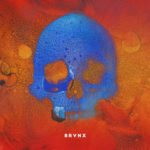 “THIS AIN’T NO SOBER SONG, KILL ME OR TURN ME ON!” screams Matt Caughthran on opening track, Night Drop At The Glue Factory. Yes, so The Bronx have always been a bit word salad at times with lyrics, but Bronx V, sees them crunch back into the punk rock scene with a cracking selection of fresh cuts. Fill The Tanks is a pure thrash excellence, whilst the abrasive Sore Throat, is a vein-bursting roar for blood. Here’s hoping they keep up the wrecking machine of energy and vitality forever with their fire-starting vigour and fucking brilliant songs. (Review) 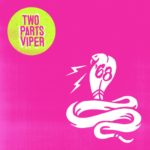 Every song by ’68 sounds as if it’s been pushed to its very limit. All the dials are spiking into the red, alarms are blasting, blood is spurting from the console. Meltdown achieved. Josh Scogin and (now-ex) drummer Michael McClellan attack their instruments with the similar “throw it in” bravado of their debut, but the amps don’t explode this time; the riffs though, are still there and it’s still uncomfortably discordant, channelling Scogin’s Nirvana worship even more (see No Apologies) and the rap-rock swagger of This Life Is Old, Borrowed and Blue. Utterly unique and constantly evolving, Two Parts Viper is a venomous beast. (Review)

Top track: Whether Terrified or Unafraid 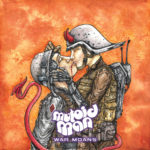 Nick Cageao’s Mutoid Man might be the greatest band of all time. I mean, he’s got Stephen Brodsky and Ben FUCKING Koller in tow. War Moans doesn’t so much as tick all the boxes as smash several guitars through walls and walls of amps to make its point. This album is hilarious; it’s packed with the most ridiculous, cheesy, heavy, thrash-tastic riffs imaginable, the sickest drumming courtesy of Koller and it is infectiously joyful and an unstoppable thrill ride from the face-punch of the start to the haunting end. There’s no way you can finish even the first track without air-guitar/bass/drumming your arms off. If you thought Bleeder was good, get a load of this baby. (Review)

Top track: Irons In The Fire 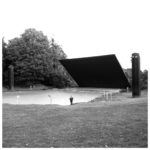 You could be forgiven for thinking there were double or even triple the amount of band members in Crystal Palace duo John, such is the absolute racket they both make. God Speed In The National Limit is a brutally fast, concentrated and bludgeoning rush and it makes no bones about being anything else, other than a fucking great punk rock album. There’s everything on this – songs about haunted printers, the shitness of everyday life and resetting your mobile phone. Probably. Whatever it is, this is an absolute killer of a debut album and I bloody love it. (Review) 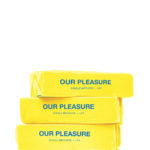 “Whatever happened to Single Mothers?” screams vocalist Drew Thomson on Our Pleasure, the second album from the “pissed at everything” Canadian four piece. With the kind of rapid-fire vocal delivery (and disdain) akin to that of Jason Williamson from Sleaford Mods; Single Mothers are a free-flow nuisance of seething, bile-spitting obnoxious punk rock debauchery. This churns, boils and rages at everything, especially on the pocket-digging bravado of Long Distance to the hardcore fury of Well Wisher.  Cracking sophomore album that vents with urgent, wild energy and will ultimately make you want to smash things and oddly, has a lot of heart if you delve into Thomson’s thoughtful and compelling lyrics.

2. Japandroids – Near To The Wild Heart Of Life (Anti-) 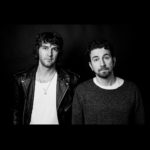 An album that you keep returning to must ring some alarm bells in your mind. Near To The Wild Heart Of Life by Japandroids was released at the tail-end of January, yet it’s something I am constantly listening to, over and over and over again. Is it down to how beautifully all 8 of the songs on this are crafted? Is it the fact it fills me with unrelenting happiness and optimism? Is it the fact it makes me want to shout every single lyric at the top of my lungs? Is it the fact it makes me so fucking emotional every time I listen to it? It’s all of these things and a heap more, loaded with the all the real feels and sweaty, melancholic emotional nostalgia. (Review) 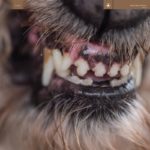 The fact that World Eater seems to have endless layers the more you listen to it shows just how staggeringly inventive Blanck Mass (aka, Benjamin John Power) is as a musician. It’s a hypnotic, mind-melt of emotions, ranging from fear, serenity, hate and even joy. I’ve struggled at times not to go a week, sometimes a day without putting this on – without being lost in the industrial-rave-death-dance party of Rhesus Negative or the trippy percussion-driven club bounce of Silent Treatment. This is the sound of ripping through the fabric of our dimension and becoming totally submerged in the deadlights. A phenomenal and hypnotic, a mesmeric trip into the void and my album of the year, hands down. (Review)

Other great stuff from this year you should stick in your ears.

Converge – The Dusk In Us

Death From Above – Outrage! Is Now

Pulled Apart By Horses – The Haze

Slotface – Try Not To Freak Out

Sorority Noise – You’re Not As _ As You Think

The Menzingers – After The Party

Science Fiction by Brand New didn’t make the cut this year for obvious reasons. Would it have done in other circumstances? Yes, it would easily be top 5 material, perhaps higher. It’s their best album as well. There, I said it. However, to give the band any kind of accolade this year is not something I am not comfortable with doing at all. Thank you.