2019 has been an intense and complicated year, so compiling this list has taken a lot longer and significant rewrites. Let’s look at those who missed the elusive top 10 podium: Girl Band‘s The Talkies falls short, definitely more experimental and challenging than their debut, Oh Sees and the raucous garage rock onslaught of Face Stabber their 22nd album and Shit & Shine‘s noisy cacophony of depraved lunacy in the form of Doing Drugs, Selling Drugs. 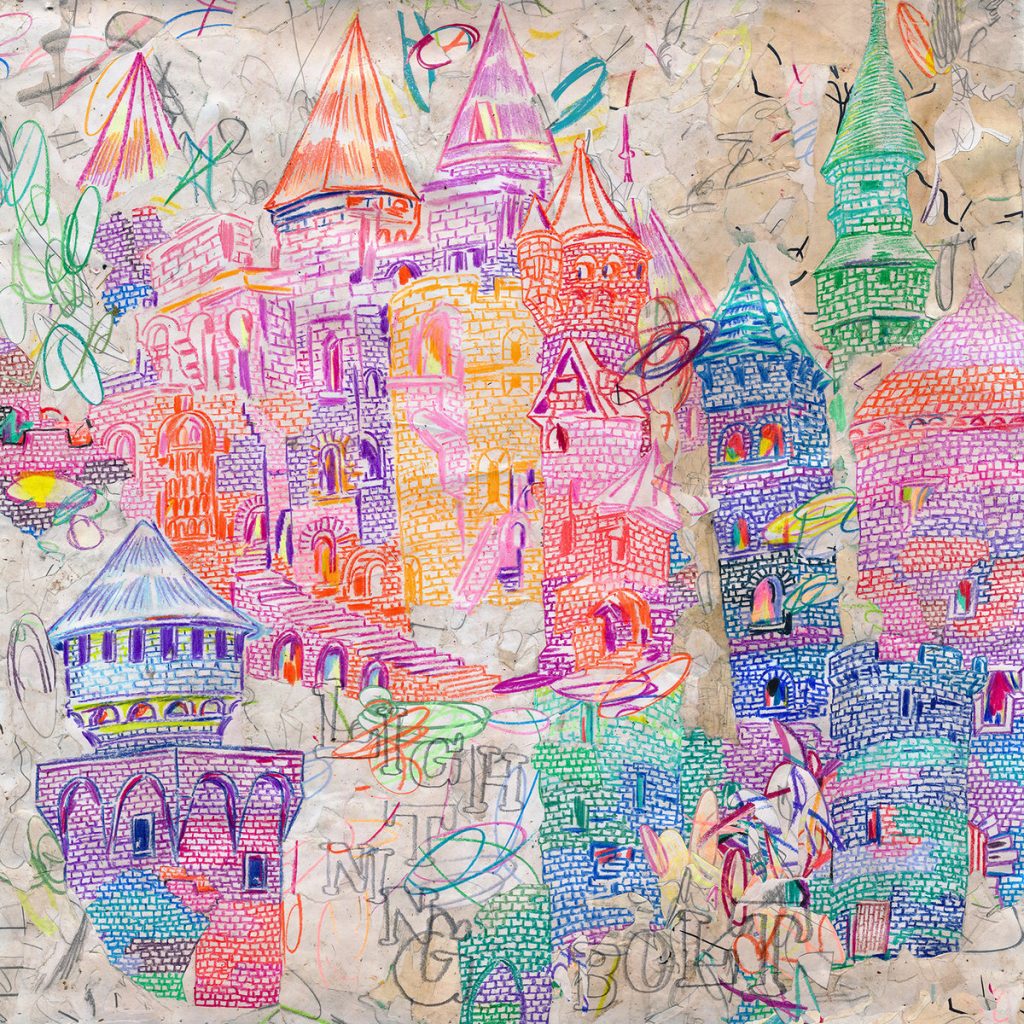 The unholy cacophony of scything and dividing noise created by the two Brians that are part of Rhode Island’s Lightning Bolt is one that either alienates or absorbs fans the instant they hear that discordant bass note or inhuman drumming. Sonic Citadel is yet more of the same, but also different, in that it’s a pummelling, aggressive, speeding thrash of their trademark sound, (the barraging 1-2-3 punch of Blow To The Head, USA is A Psycho and Air Conditioning are relentless) mixing even some pop-tinged elements in for good measure with the delightful air-drumming hug of Husker Don’t. Tempted to say their best work to date…fuck it, it is. Get on this. 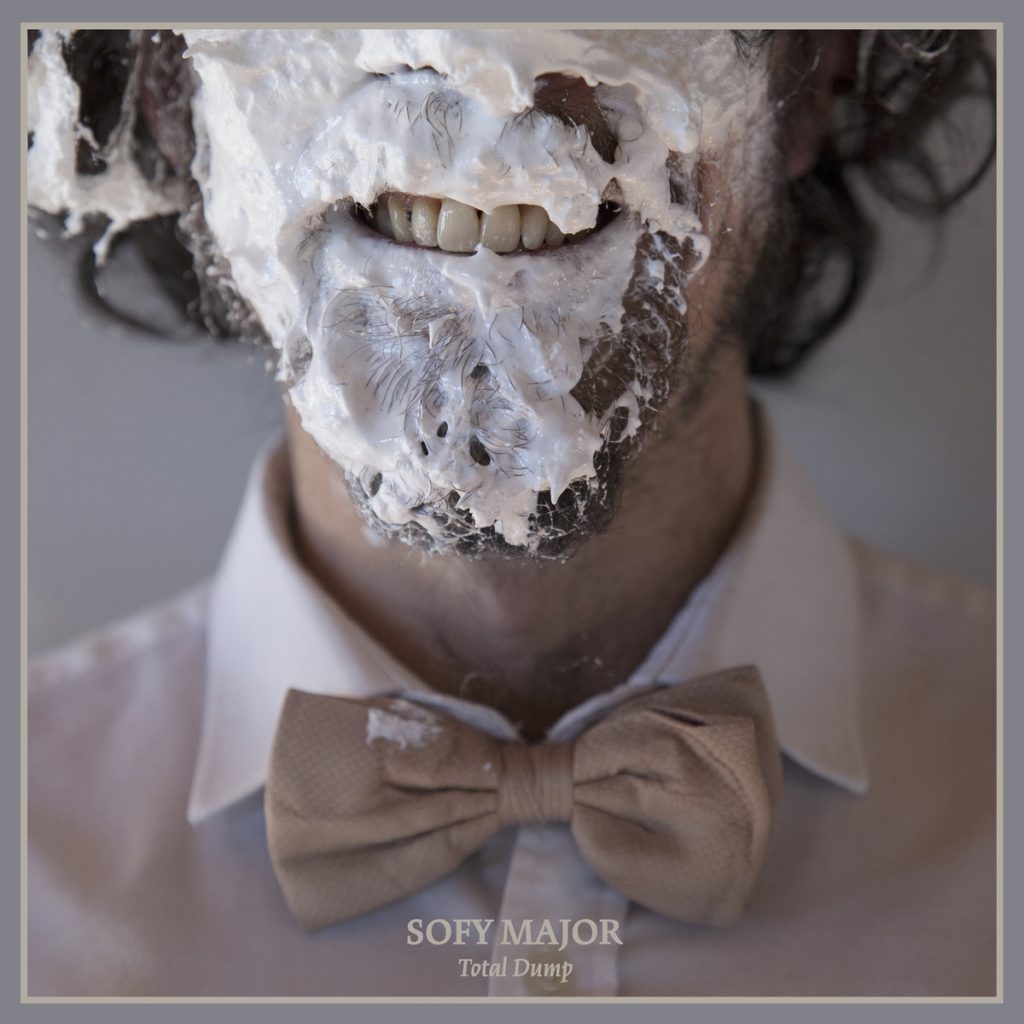 Shamefully almost forgot about this record. That’s what happens when you release stuff in January. France’s Sofy Major attacks the noise-rock template with the same pissed and disgruntled sound of Whores. They’re not afraid to dip their toe in the water of crust-punk jams on Strike, whilst creating some righteous foot-stamping with the Big Business-pop-noise of The Jerk and the despondent doom-thrash of Panamarama. It sounds like so, so SO much fun though to be a part of though, which I think is a key thing missing sometimes – have fun guys, Sofy Major is and their riffs and fucking brilliant. 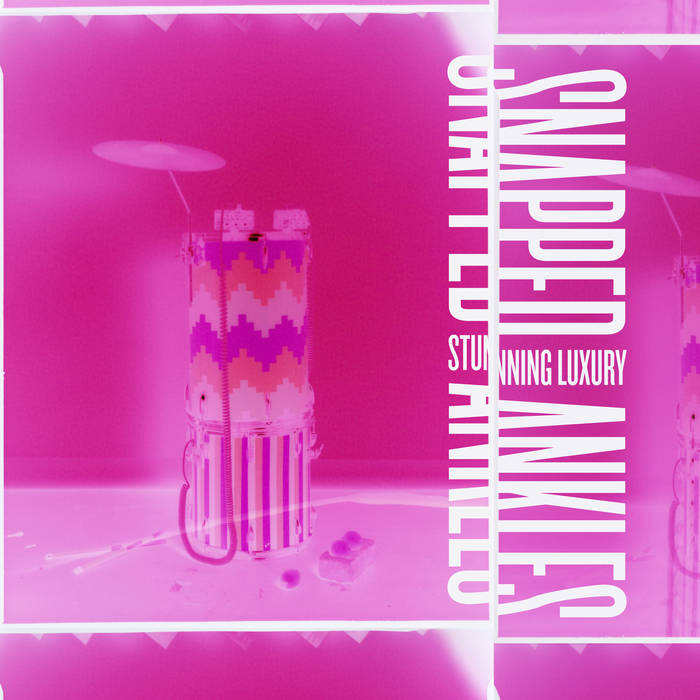 Tree-core experimentalists Snapped Ankles make the kind of absorbing, wonderfully weird and intricate dance music that scratches that experimental itch. Stunning Luxury mashes together a kaleidoscope of different disciplines and styles, from space rock, post-punk, noise and electronica to create this beautiful entity using log-based synths, built by the band. Tracks such as the rave-centric Rechargeable are absolutely incendiary, whilst Drink and Glide is this epic 80s-style computer nerd rock of vibrant energy and Letter From Hampi Mountain is Devo, Battles and Kraftwerk having a showdown in a forest. A cracking second album and just an absolute joy to listen to and experience. 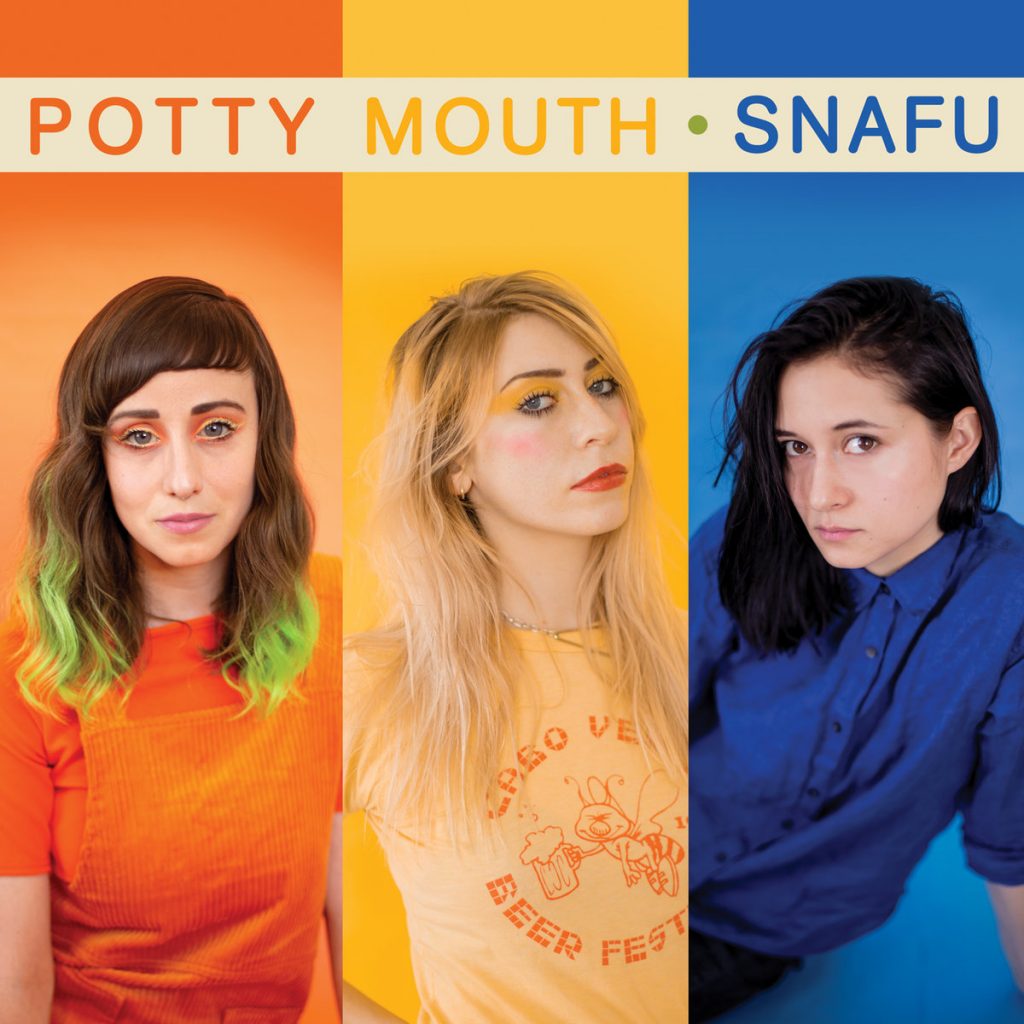 Massachusetts Potty Mouth is a new discovery this year and SNAFU is perhaps one of, if not, the best pop-punk album of 2019. All of the tracks on this could be singles; they rattle through at a frantic, breakneck pace and you won’t be able to stop grinning. The infectious, bouncing hooks of 22 are a euphoric burst of joy, whilst the grunge-punk spit of Dog Song, the bitter, shoegaze-wash of Starry Eyes and the scathing power-pop slacker-rock of Fencewalker, cement this as a fantastic and raucous slab of fizzing alt-punk angst. 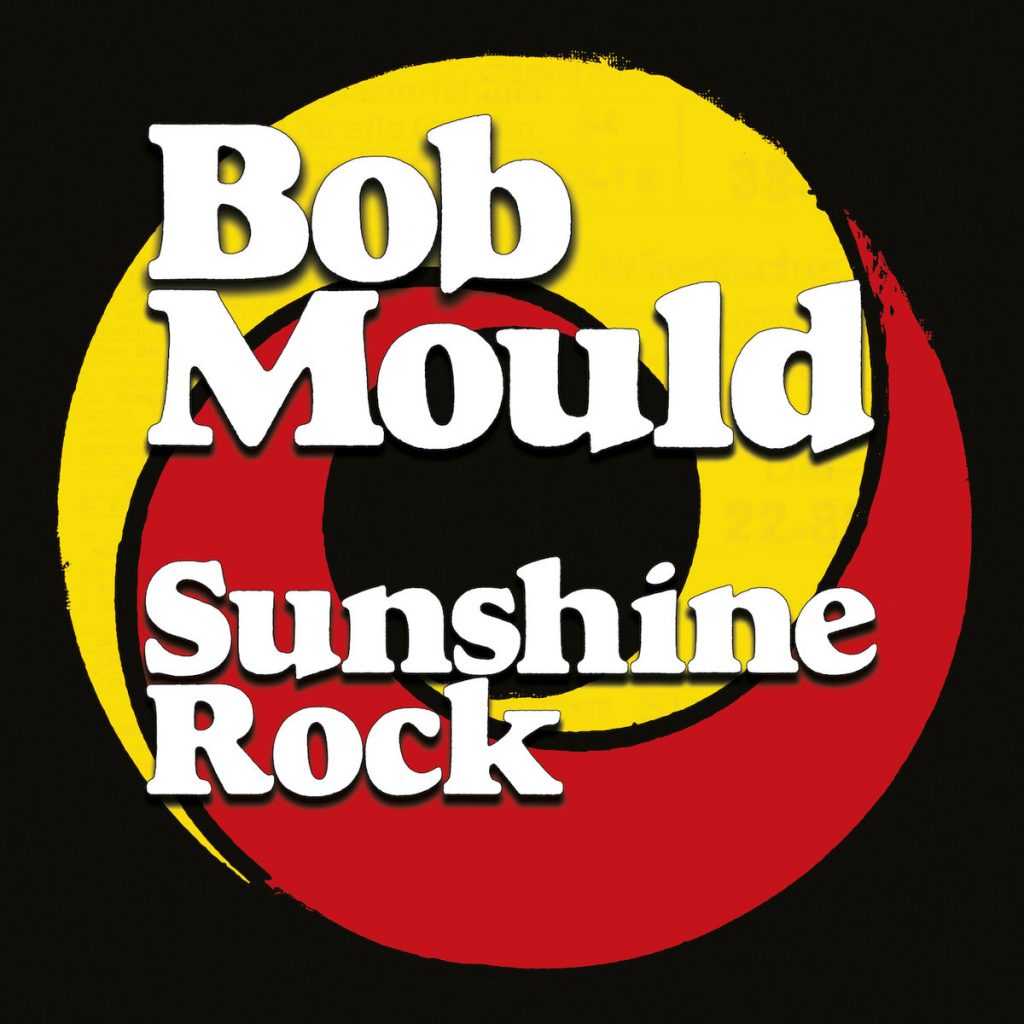 Sunshine Rock is such a positive, emotive and insistent record, I would be a fool not to include this in my top 10. Every single track could be a single and Bob Mould has made sure of writing the kind of tracks that quite rightly a huge crowd of people should be screaming back at him in a live setting. The glorious title track for one, the punk rock blast of What Do You Want Me To Do? the hammering barrage of 30 Dozen Roses, the radiant warmth of Camp Sunshine and the soaring fist in the air anthem of Western Sunset make Sunshine Rock a vital and extremely satisfying album to absorb and feel positive about. 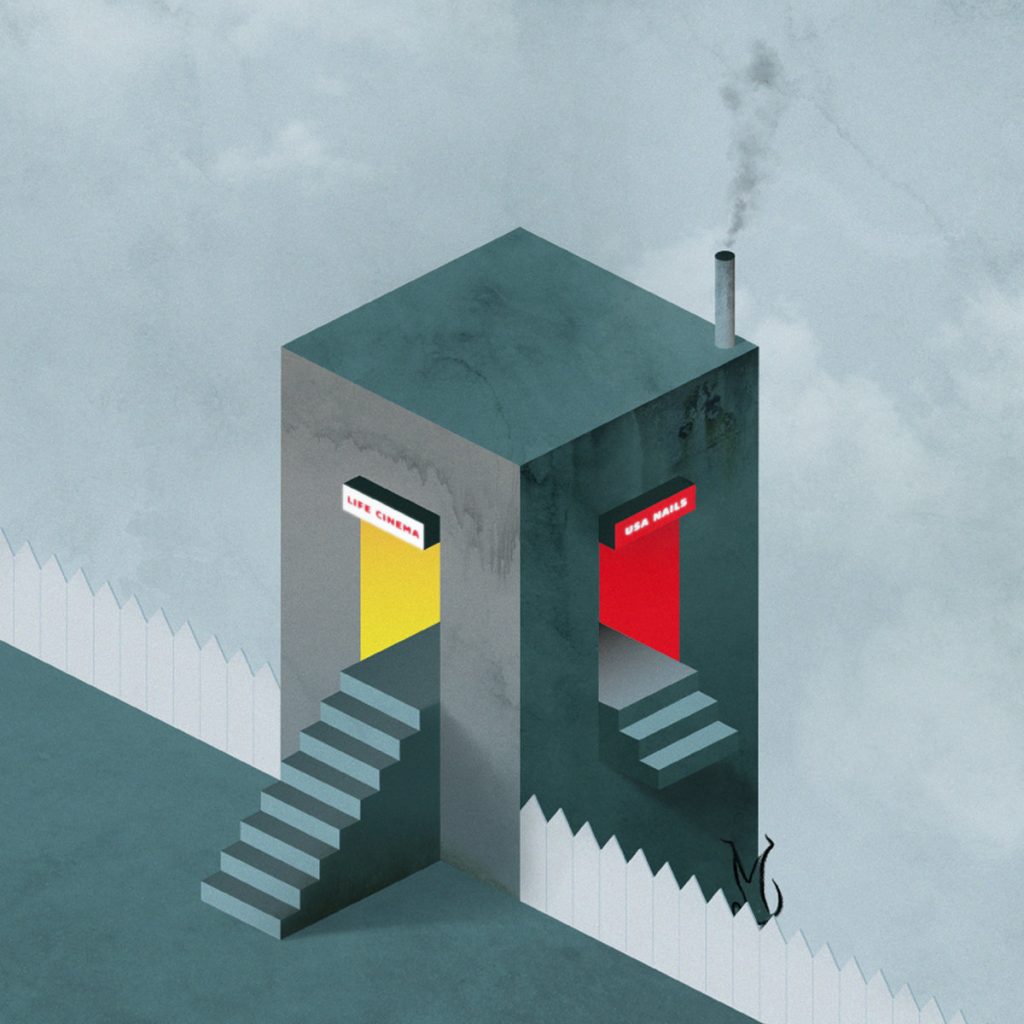 I think USA Nails have appeared in every one of my top 10 lists since they started releasing music. This is a strong indication of how excellent their musical output is. Life Cinema continues down this path of hostility and snarking humour, whether it’s hating on the culture of social media (the wonderful Creative Industries) to the mangled feedback-drenched drone of You Wish, right through to the Pissed Jeans-esque Work Drinks, which details the mind-numbing forced nature of attending social events with people you possibly loathe. Simply, USA Nails continue this trajectory of releasing fucking excellent material. All they need is recognition. 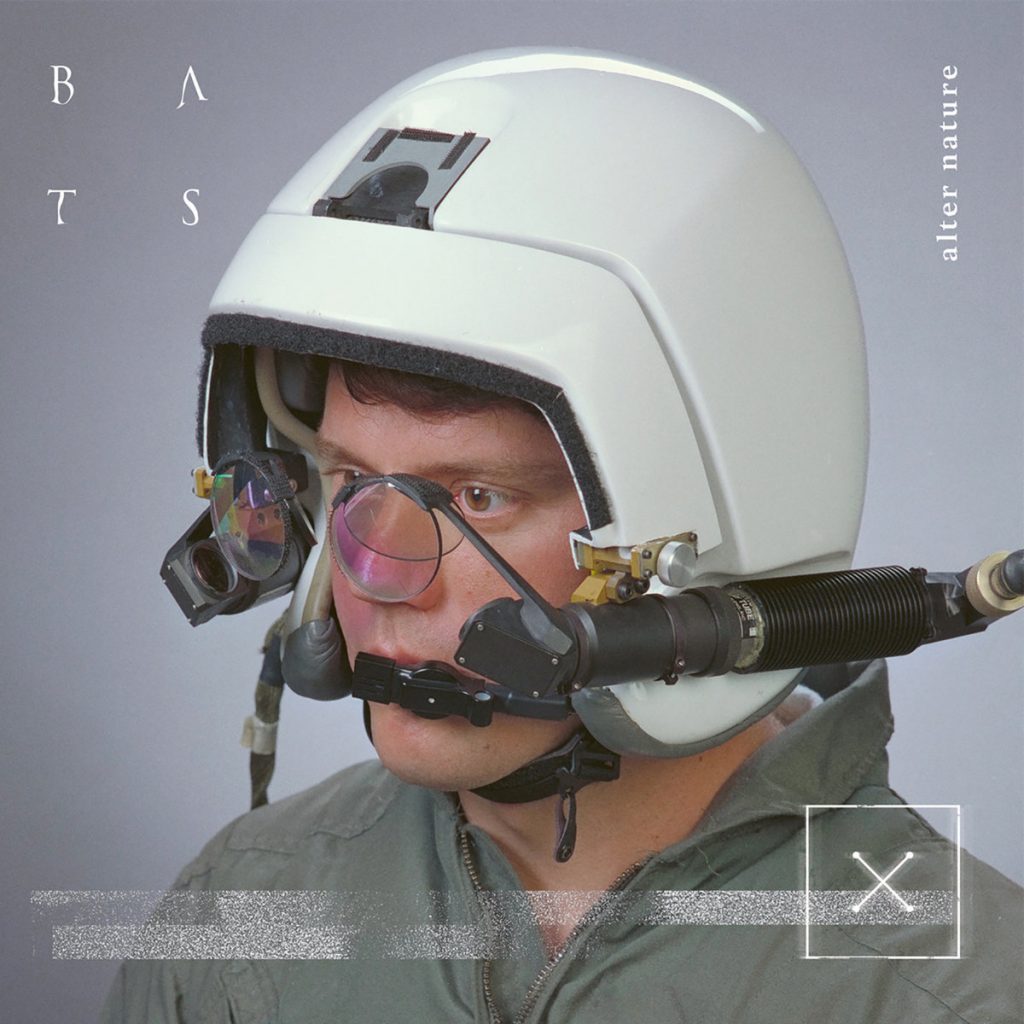 Seven years in the making and Dublin’s BATS return with an absolute rager in the form of Alter Nature. Claustrophobic, haunting, unpleasant and insane are all words I would use to describe this third release. The guitars are so rich and thick sounding (huge credit to the band and the Deaf Brothers on the production) making it the heaviest album of their career. From the frenzied splatter of the roaring Christian Science to the off-kilter In The Court of the CRISPR King and the destructive post-hardcore/Cardiacs-esque closing track, Current Affairs, Alter Nature is perhaps an undiscovered and overlooked gem of a record. 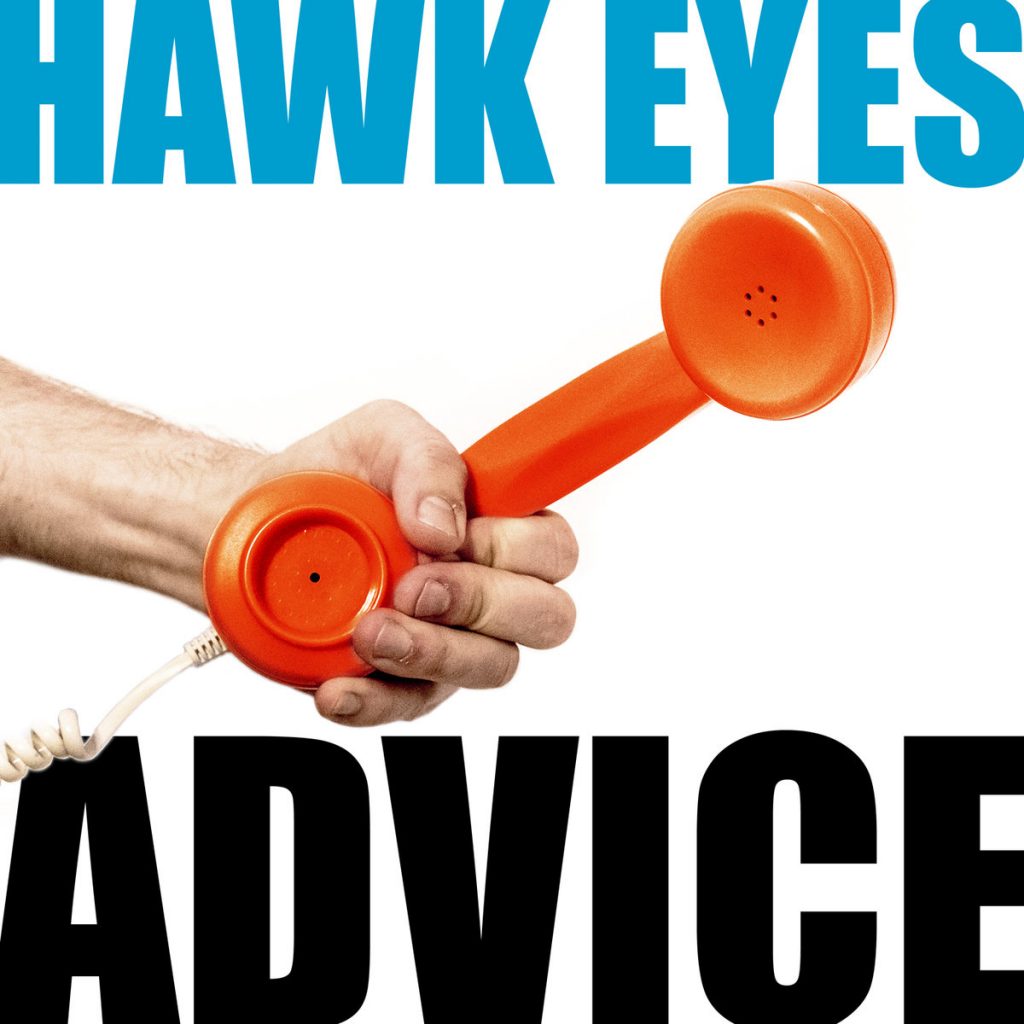 Hawk Eyes return after a 4-year break to release an absolute career highlight, play a few shows and then probably fuck off again. The more experimental elements are turned down a lot on Advice, but the tunes, my god, the tunes are immense. Tracks like the hook-laden Never Lead Me (possibly the best thing they’ve committed to tape), the noisy Perfect Again and the magnificent darkness of Keep ‘Em Cold are all exquisite. Also, Richard Fucking ‘O Brien does guest vocals on Smokes, how cool is that? 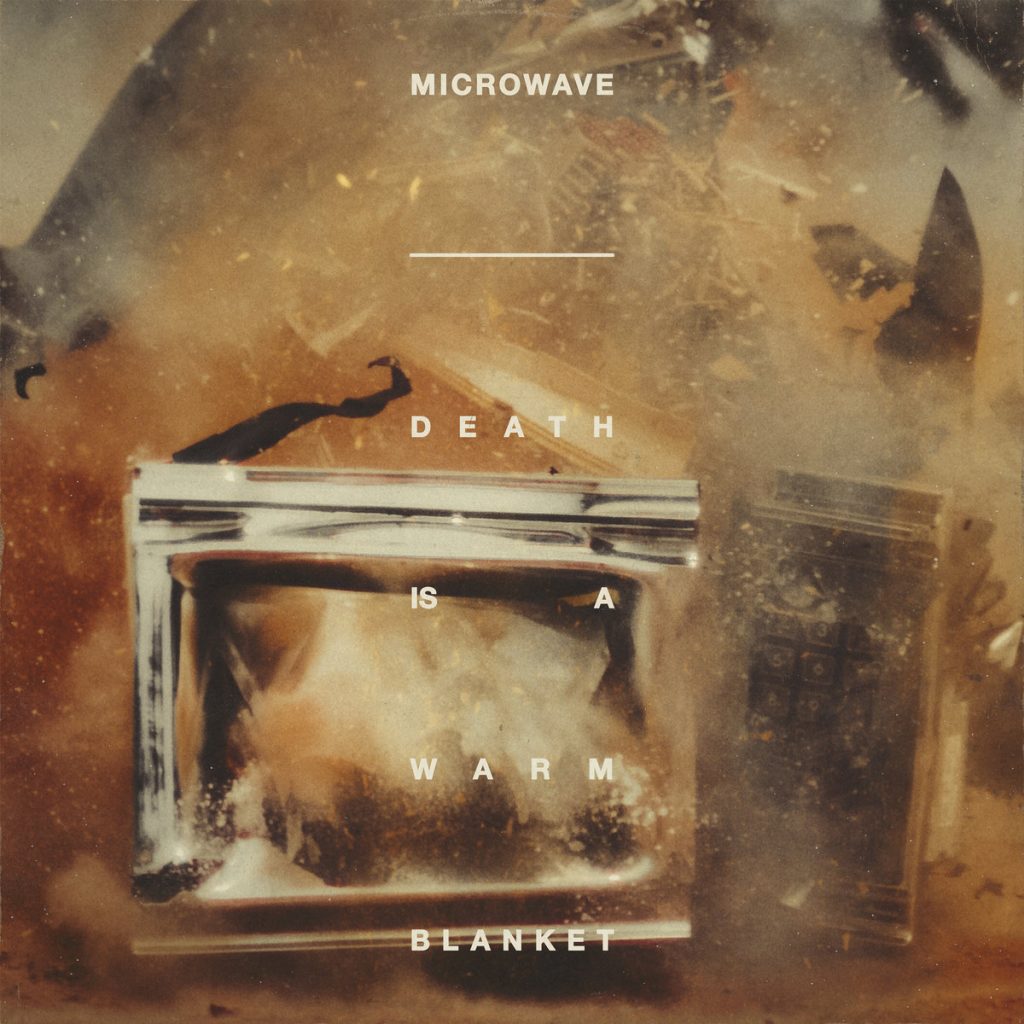 Working as almost 1 cohesive piece (each track seamlessly flows into the next) darkness shrouds Death Is A Warm Blanket by Microwave. This is a complex album rooted in the realms of bleakness and misery but roars with a fiery, morbid rage. The 10 tracks on offer, really don’t sound at all similar, shifting through various styles from spitting metalcore (The Brakeman Has Resigned), slacker-grunge (Mirrors) and boiling punk rock (DIAWB). It’s an infectious, staggeringly well-crafted and emotive ride into the depths of delight and despair. Those missing Brand New will find comfort here. 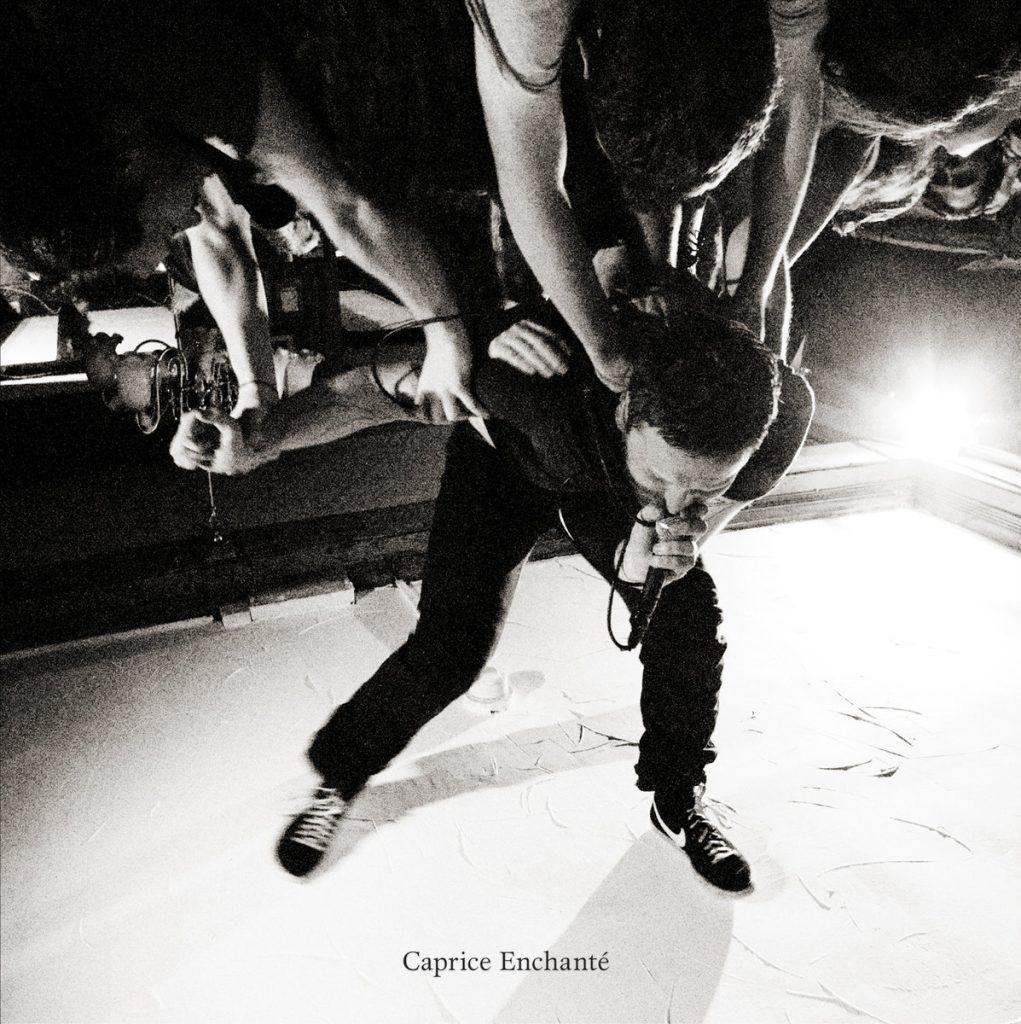 Everyone should hear this record, it’s absolutely vital in these dark times. Bristol’s The St. Pierre Snake Invasion combines savage riffs, slogan-type choruses, baiting lyrical couplets and froth with a rabid, burning passion for their craft. Songs like the scathing bile of Remystery, the anthemic The Idiot’s Guide to Music and the solemn protest of I Am The Lonely Tourist make Caprice Enchante a modern hardcore punk classic of our times. The level of experimentation, wit, and rage on this is a bubbling cauldron of unity and ecstatic triumph. Explore, experience and enjoy. Album of the year, hands down.

Other excellent albums this year:

A Horse Called War – Good For Glue (And Nothing Else)
Civil Villains – Snake Oil
Dead Kaczynski – Yakuza Attack Dog
Dead River Kings  – Hymns of Hope and Despair
Down I Go  – All Down the Church in Midst of Fire the Hellish Monster Flew, and Passing Onward to the Quire, He Many People Slew
Horseflies – Lucidity
Ils – Pain Don’t Hurt
Pretty Cruel – Hometown Misery
Sugar Horse – Druj