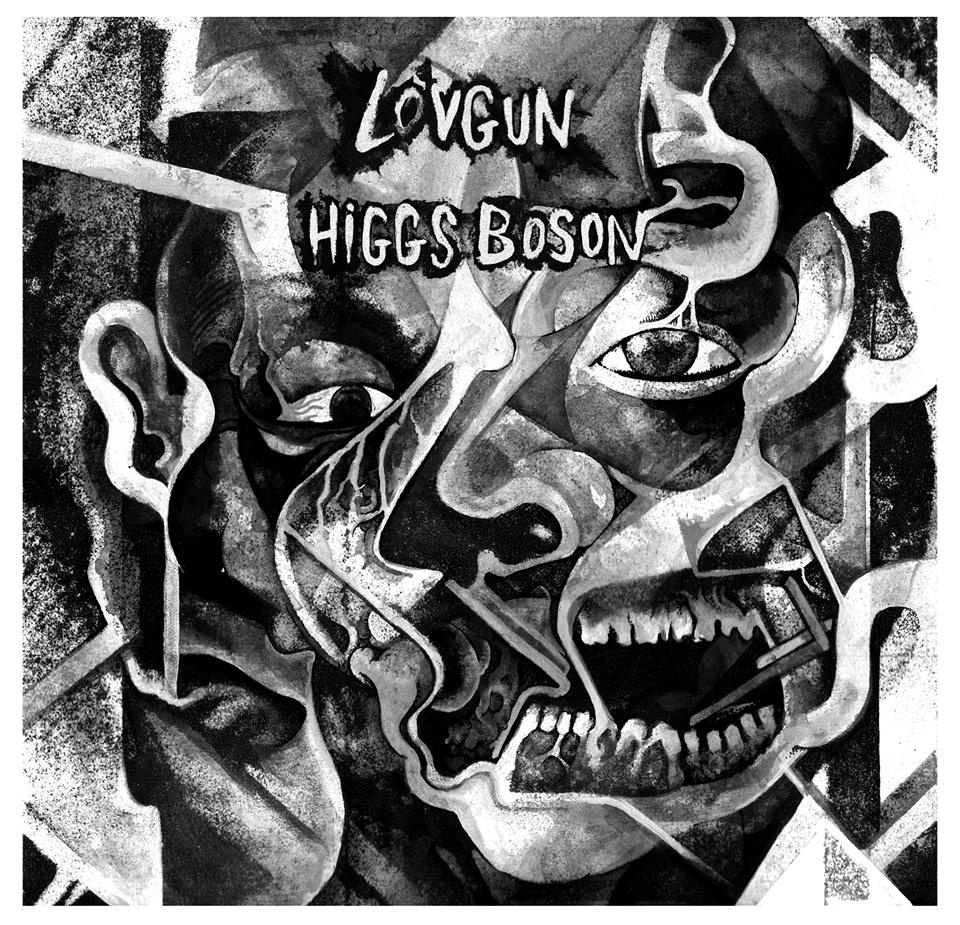 You can probably boil a kettle and this split 7″ would be over by the time you hear that click to signify it’s time for a brew. Not that I’m saying this is short; well, okay, I am. Clocking in at an impressive 13 minutes and comprising of 20 tracks (1o a piece), this Split EP is a devastatingly short, brutal and indignant attack of short, sharp blasts of power violence, grindcore, hardcore and amusing samples from Glengarry Glenross.

French upstarts Lovgun, might be massive KISS fans, or it could be a coincidence. Anyhow, they’ve named all their songs after girls, so there could be some link to Beth I guess and KISS are fucking awesome. Bridging the gap between metal and hardcore, Lovgun seethe, writhe and batter through 10 tracks of twisting, riff-filled mayhem. The doom-riff lurch of opening track Sophie, has the same punishing, dragging gait of fellow metal-types, Erlen Meyer. Like a coiled viper ready to strike, the next track, Claire, is a Â caustic scramble Â of seething crust-punk, with the brief 29 second onslaught of ValÃ©rie making an equally scathing mark.

Lovgun and Higgs Boson stir up a tornado of frantic, breakneck grind and bitter hardcore ready to smash everything apart in a blizzard of caustic and rampant glee.

Gang-punk rock vocals dominate the brief spazz-core rampage that is ClÃ©a; all high-fives and stage-dives and liberal use of the crash cymbal, whilst MelaniÃ© brings jock-power violence home, sounding like a Weekend Nachos track fed through the mincer during a drug bust, completed by some nice guttural bass shredding. Final track Monique is altogether a darker and grimier affair – a frothing, noisy piece of barbed noise-hardcore, that ramps up a scrawl of harsh, wailing feedback and whistling white noise over the guttural screams and howling discordance.

Norway’s Higgs Boson are all about bringing the laughs and like all grindcore, seriousness is an alien concept, substituted for amusing song titles (Drop Acid, Not Bombs, I Fucked Up and Beating Jocks For Socks). Any plans to write a chorus are kicked out the door and repeatedly stamped on – there’s barely enough time for a song structure, let alone repetition during a Higgs Boson song and they make sure their unique brand of dark, comical hardcore is delivered with extreme harrowing wit.

Their opening track on this Split consists of the gang vocal scream “OSLO! POWER! VIOLENCE!” followed by a storm of barbaric hate-fuelled hardcore. It’s gets proper bro-core on the following tracks Breaking Down and I Fucked Up; consisting of brash beatdowns and Jamie Jasta-inspired posturing. The thrash punk attack of Drop Acid, Not Bombs sounds like Some Girls having an insane fit, whilst the throaty gargling rasp of Zombie Attack; where the only audible vocals consist of the track’s title and the sounds of the dead, roaring, moaning and growling. Brutally awesome and most certainly colliding with your face.

Lovgun and Higgs Boson stir up a tornado of frantic, breakneck grind and bitter hardcore ready to smash everything apart in a blizzard of caustic and rampant glee.