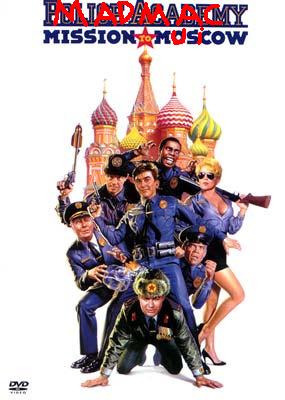 Last Mad Mac of the year folks. I’ll be asking the big man to give me his favourite track of the last 12 months come the end of year round-up post, so keep your eyes peeled for that little beauty. Some of these are pretty ‘last month dude’ but I can assure you, some of these WERE the hot tracks out in October, it’s just my dad has only just got round to listening to them. He initially asked if he could review the tracks without hearing them. I declined. Although, I’m thinking that could be a good new feature, so let’s see what next year brings.

An extremely fast number with a long guitar intro. Despite the loud background you could still hear the lyrics. The speed of this number made me feel they were trying to get it over with as soon as possible, I felt that was a really good idea.

A slow melancholy number that would be best played at the end of the evening rather than at the start. This would be an indication that it was time to go home. One imagines a bars of drunks getting their coats as they drag their weary way to the door. As this number comes from the stage, people leave before they slash their wrists. Fortunately I have not heard any of their previous numbers so cannot tell if this is their style or not.

Two vocalists with pleasant voices – pity about the song.Ã‚Â  Would be interested to see then live, nice to hear a number with the vocalists not in competition with each other. Overall not an unpleasant sound.

This cacophony of noise did have some lyrics all but drowned out by the heavy beat of various instruments, which seemed to be in competition with each other to see who could make the most noise. Just when you thought it could not get any worse, it did. The ending seemed to be a bit random I felt that if they played it again the finish would be totally different. Mercifully I only heard it the once.

PowerfulÃ‚Â  guitar intro paves the way to a great rock number, if onlyÃ‚Â  it had been one. Heavy instrumental threatens to drown the vocals. Vocalist struggling to make them selves heard, pity they do not have a voice for singing. Hope these are better live than on record.

This song I felt, does for surfing what lions do for limping wildebeests. If I felt that to surf I would have to put up with that repetitive racket I would rather take up carrier bag collecting.Ã‚Â  Not one for my stocking. Please.

Dead To Me’s 2nd album, ‘African Elephants’ is out now through Fat Wreck Chords. Get it here.

Somehow Mumford & Sons are signed to Island. I’ve never heard of them. Their debut, also titled ‘Sigh No More’ can be found here.

The xx released their cryptically titled debut ‘xx‘ through Young Turks, check it. Great album art guys, must have taken you all weekend huh?

Noisy bastards, A Place To Bury Strangers chucked out ‘Exploding Head’ their 2nd full length on Mute in October.

The Drums debut single/ep/thing came out in September at some point I think. The Moshi Moshi site is being weird. Find it here.