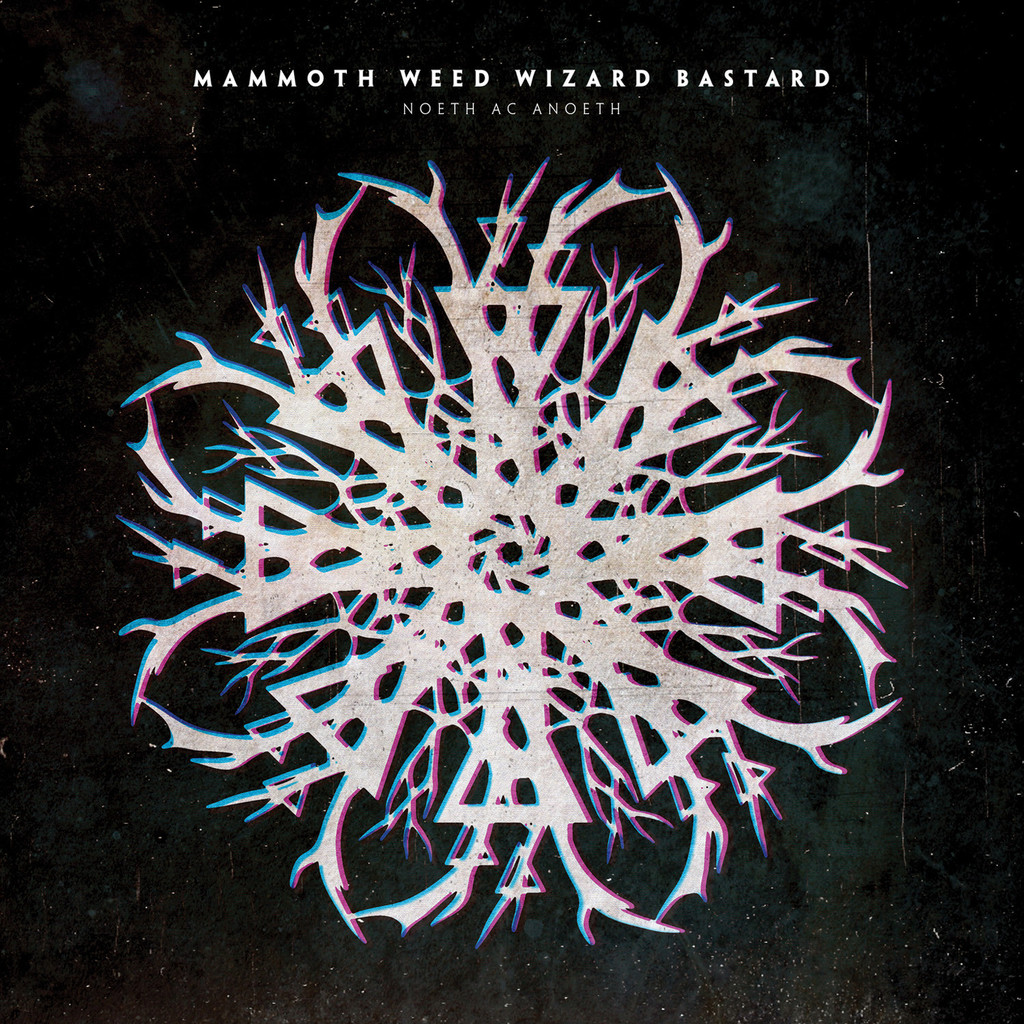 Just take a moment and let that name sink in. It’s good, isn’t it? I mean, LOOK at it. It’s majestic. Powerful. CRUSHING. Sublimely brilliant in every way. Mammoth Weed Wizard Bastard are a four piece from Wrexham who may or may not be druids. I’m reliably informed that their album title, Noeth Ac Anoeth is a old Welsh phrase, which means ‘an abode of existence’ or ‘Hades crossed with nothingness’ – pretty grim/bleak/giant-stone-worshipping in every conceivable sense.

That feeling of being compressed – of having your body slowly (without pain) reduced to a thin sliver under the shear crushing weight of the three (yes only three) meaty tracks on this 50+ minute warped trip down a monolithic lane of guitars that rise to the very heavens and beyond is exactly what’s on offer here. Make no (mammoth) bones about it, Noeth Ac Anoeth is a dense, chilling and turbulent body of work.

The opening fuzz of the first segment, the near 10 minute slab-drag of Les Paradis Artificiels shifts into an almost minus gear, as it ploughs a low-end furrow of throbbing, teeth-rattling drone. It’s the vocals that surprise though – bassist Jessica Ball provides an angelic, soaring lead to counterbalance the noxious and crushing riffs that come raining down. Jessica’s tone, which is almost ethereal in quality, lends majestic beauty and radiating light in an attempt to battle the dark and bleak piston-thump of Mammoth Weed Wizard Bastard’s elephantidae-sound. It strongly reminds me of a slower version of several tracks from the last Torche album (mostly the title track) bristling with tense, meaty guitars, with the bomb-string being well and truly hammered into an explosive and expansive oblivion.

Cranking the drone-levels to maximum is the choice MWWB have decided to take on Noeth Ac Anoeth and this is continued through the next passage, the desolate hum of Slave Moon. Cloaking everything in shadow, the dragging mesmeric slow burn of this trip down a very dark and deserted rabbit hole is possessed with eerie, haunted whispers courtesy of vocalist Jessica, who weaves her subtle voice through the Sunn O))) timeline of complex, drawn-out riffs. It’s a march to a slow and bloody war – you can imagine hordes of shambling zombies rising from the depths advancing onto the beach after you’ve foolishly thought that a remote island will save you. They can still find you. There’s an almost prog-rock tone to the mid section, as the sludge-guitars locate a bending, psychedelic squeal, before being obliterated by the industrial pound of the rumbling bass, which is mashing bones into a pulp with every punishing down-stroke.

The real power though – the churning, revolving, consuming black hole, is in the form of the third stage, the bleak and apocalypse-laden thunder of Nackthexen. This is the trip up Mount Doom as the impending rush of colossal stoner-metal power takes hold. There’s something quite fluid about this – for the 30 minute running time, Nackthexen keeps you hooked. From the Sleep-worshipping rawness of the  low-end guitars, to the pulverising stamp of the rhythm section, MWWB know the right time to change gear and slap on even more punishing noise. Jessica’s haunting voice resides in another realm, desperately trying to make contact as the storm of space-metal dementia becomes ever enclosing.

You’ll need a Camberwell carrot to get through this one -an amp-exploding, stoner-space-metal universe – experience and absorb.