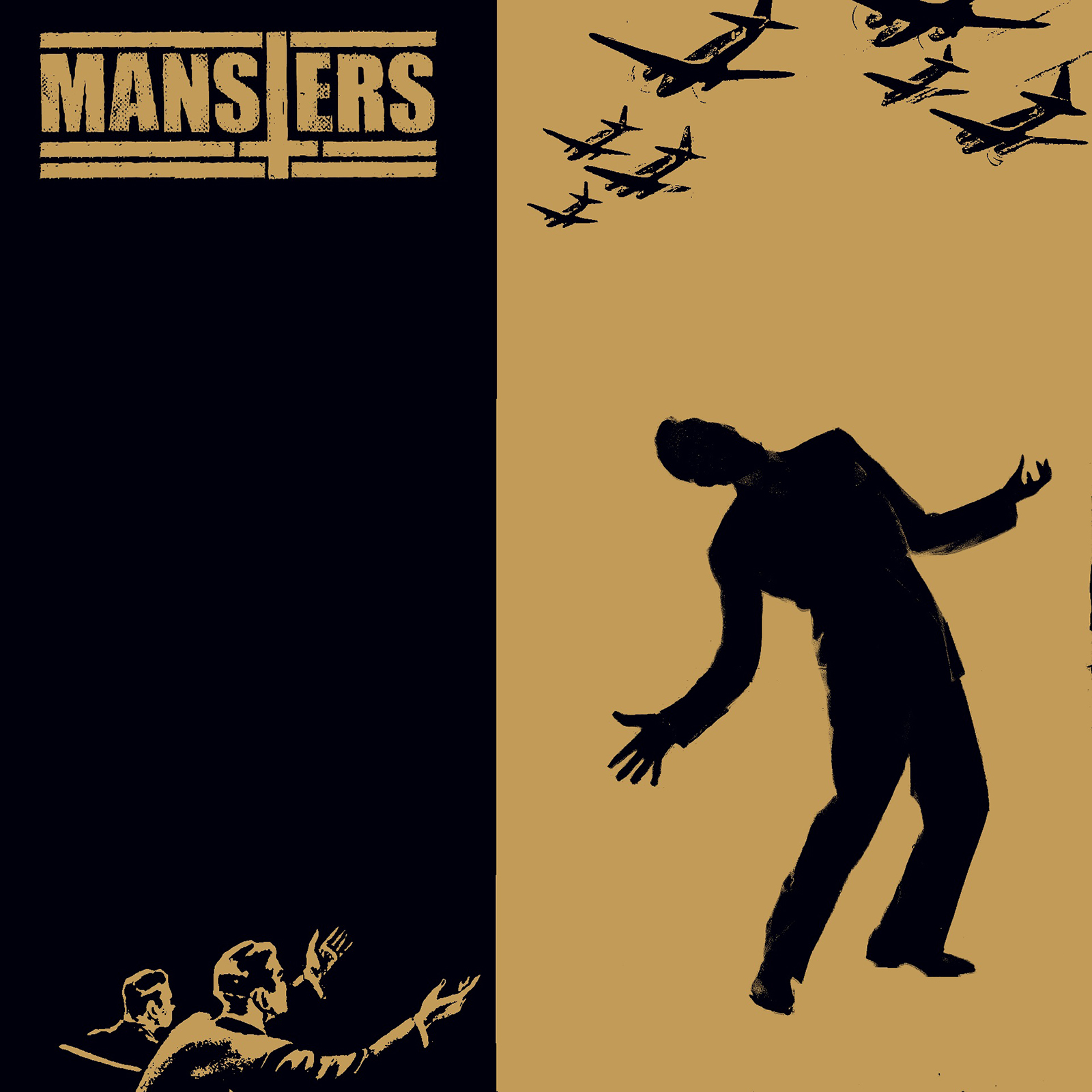 Shit that’s my plane out of here!

Norwegian hardcore band ManstersÂ are named after a 1950s American-Japanese horror film in which a man gets injected with a mutating serum by a mental scientist and a creepy monster starts to grow out of his shoulder.

I’m not sure if that has any symbolic significance, they don’t really sound half monster, more like full monster on steroids and speed.

Here I am presenting you with their seven song ep titled ‘II’. At an impressively brief 9.09 mins in length, it successfully keeps the spirit of hardcore alive.

The sound assaulting you is straight out of the 80s hardcore scene, with Minor ThreatÂ and Black FlagÂ big and inevitable influences.

The unrepentant discordant chord progressions come thick and fast, the sound comprises of: two loud guitars beefing out fast power-chord riffs, one guitar always keeps the pace and frenetic energy, the other squeals out agonising bends and an occasional “solo”, the drums are usually heart attack inducingly fast with rim-shot accented fills adding to the panic, the bass is all heavy pick strumming with short parts in isolation to provide suspense, and the vocals are as unrepentant as you could expect, but when they allow you to hear the lyrics eg: Â ‘they make the weapons, they make the rules’, they reassure you that they are properly pissed off with the state.

The final song, Still Cursed, comes to an abrupt end, leaving you feeling like they just threw down their instruments, flipped you the bird and walked out. The perfect ending to this splurge of aggression.

It’s actually kind of refreshing to hear a band that isn’t trying to mix up genres and experiment. No identity crisis here, what ever else they’re singing, what they’re saying sounds like: ‘this is hard core, if you don’t like it fuck off!’

To celebrate 14 years of Barrikaden (an underground hardcore, punk and grind festival) they’re playing this record in at a party in a squat in the heart of Oslo. How fucking punk is that?

You can buy this record on vinyl from Tigernet.

Problem – energy levels go from nought to mental in 4 seconds

The Truth – a groovier start before the speed kicks in. Proper angry