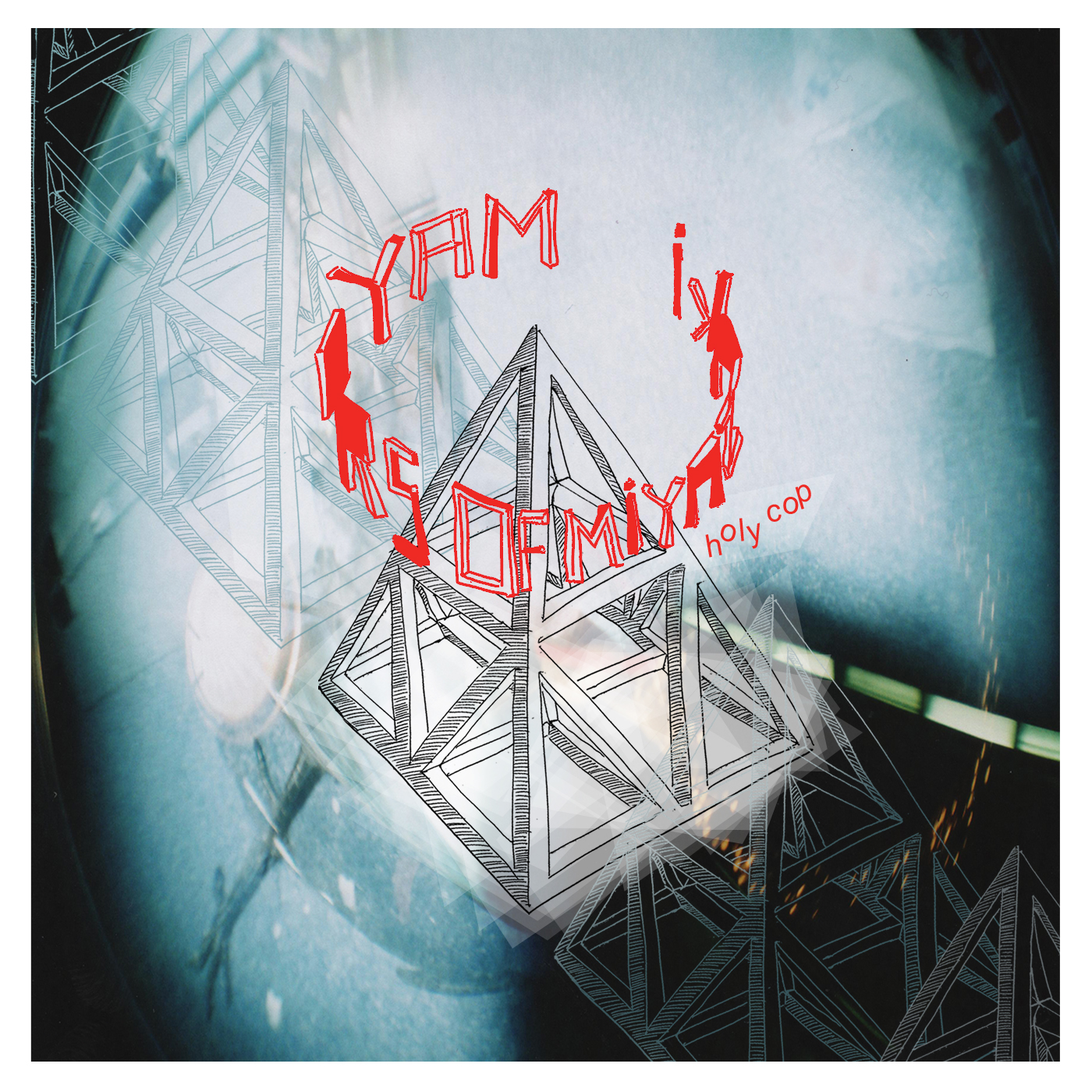 Brimming with a sunny disposition, shades of Mineral, Cap ‘N Jazz and a guitar tone that will have you reaching for your copy of Variations on Swing; the oddly named Mayors of Miyazaki (possible reference to this dude) are an unpredictable but intriguing package. Hailing from London, Holy Cop is the second album from this trio, following up their debut Buffalo (available here). A tight and intricate affair, Holy Cop, mixes complex-math rock signatures, with a distinct pop-punk bounce, whilst retaining the breathless rush and call-and-response girl/boy vocals of Johnny Foreigner. In other words, it’s bloody excellent, bursting with vibrant, relentless energy.

Opening track Souvenir has that breathless, stuttering sprint of Hold Your Horse Is – all jagged guitar lines that clatter and stumble over each other, whilst the driving bass and drums keep everything unified. The back and forth vocal bickering between guitarist Gareth and bassist Claire is delightfully infectious and gleeful. The pounding drum intro, distorted vocal yelps and bending, crisp math-rock onslaught of Start After One follows suit – Claire’s deadpan vocal reactions to Gareth’s scrambled shouts and overlapping “let’s finish each others sentences” structure is wonderfully concise and tight. Drummer Tom deserves credit as well – his slick and elaborate fills bludgeon during the midsection, nicely splicing with the mangled keyboard swirls and glitching electronic whirling.

Holy Cop is a choppy and turbulent album, bursting at the seams with angular guitars, edges of scrappy hardcore and math-rock convulsions..

The summery bounce of Tongues brings to mind a heavier version of Johnny Foreigner – crunchy guitars, coupled with the shouty dual vocal back-and-forth with elements of the carefree emo-rock of The Promise Ring. Parts Per Million appears to be a lost Meet Me In St. Louis song. The guitars for starters, sound like they’ve fallen straight out of Variations on Swing and the vocals have a similar sorrowful, drawl similar to that of Tobias Hayes, who used to front the Surrey five-piece. The winding, tappy-emo rock guitars, twist and contort in similar spiralling patterns to All We Need Is A Little Energon and a Lot Of Luck and are quite honestly an absolute joy.

Human Resources is a scattered-brained 80 second blast of see-sawing riffs, backed by squealing keyboard shrieks, stuttering bass-heavy stamps and pounding drum beats. It jerks and spasms like a Wives track, but instantly gets more discordant, ragged and chewed up as the song progresses to itsÂ spiralingÂ conclusion. Dry Palm calms things down slightly – the relenting punk rock is replaced with a more stripped back approach, the complex time signatures are finer and more detailed, creating a flowing, thoughtful piece of emotive rockÂ  that instrumentally retains the elaborate structure and rich sounds of early And So I Watch You From Afar.

The bass-driven riffage of Muy Sexo is a lurching, blast of spirited, teasing ramshackle punk rock, made all that more enjoyable by Gareth’s mid-song shout of “COME ON YOU FUCKING PILLHEADS!” Utterly frantic and turbo-charged with splintering vitality. Closing track, Mortise + Tenon, is another strong reminder that the music of Meet Me In St. Louis still hasn’t been forgotten – mesmerising and erratic guitars fit nicely with the strenuous post-hardcore gait.

Holy Cop is a choppy and turbulent album, bursting at the seams with angular guitars, edges of scrappy hardcore and math-rock convulsions. Mayors of Miyazaki have created an absolute barnstormer of raw, yet focused rock that you’d be foolish to overlook.