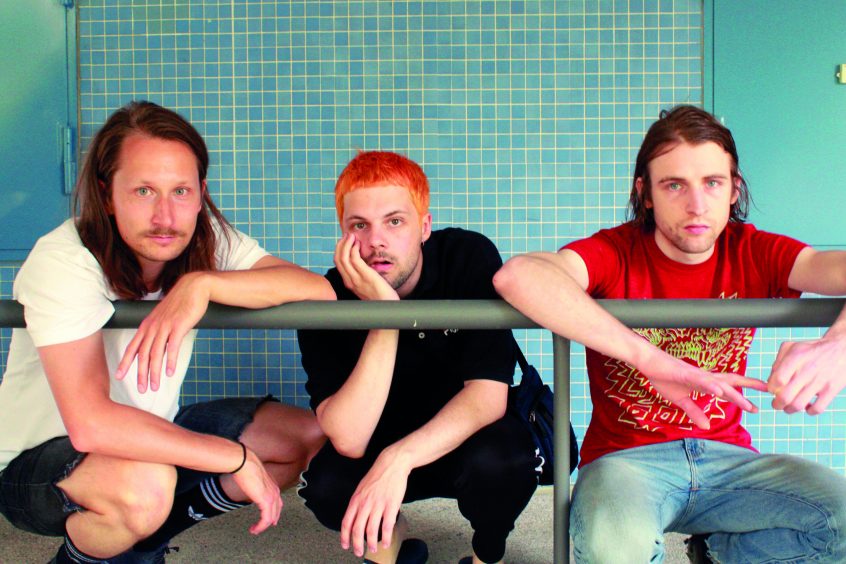 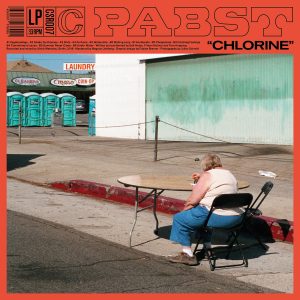 You’ll be unfamiliar with Berlin-based power trio PABST – but never fear, you’ll want to cram the nuggets of spicy gold that make up their debut album, Chlorine, into your ears once you’ve finished scanning through this review for the words “noise” “grunge” “amazeballs” and “riffs ascending into the skies.” Roaring along on the dizzying, guitar-shredding highs of the Skinwalker EP from last year and the split with the excellent noise-poppers Autisti (raved about here) Chlorine is the lads Erik Heise, Tore Noah Knipping and Tilman Eggebrecht chucking a full length of their distinctive, feedback-drenched, jagged, pop-rock chaos.

Don’t be fooled by the calm elevator music at the beginning of Vagabondage – after 10 seconds it bursts like a particularly satisfying pustule into a slovenly, see-sawing shriek of crunching alt-rock. Erik Heise’s guitar is a howling scrawl, whilst the fuzz of Tore Knipping’s bass is incredibly satisfying to the ears. This blends nicely into lead single, Shake The Disease – an anarchistic/revolt anthem in the making. For the most part, it hides all its wild bitterness in a pop-punk friendly vibe and fuzzy guitar hooks, whilst the lyrics implore the listener to “burn all your stuff, burn your house, light the match and take it out…” and then instructing you to “stop buying stuff, loot the shops, flip the switch and quit your job.” Similar to The Bronx’s volatile Heart Attack American, this is about shouting for change, for some kind of movement – to be noticed and on the strength of this fizzling number, PABST should have your attention.

What is quite refreshing about PABST and Chlorine as a whole, is the ability for this band to change it up, yet still retaining their signature tune. For example, on Shits, there’s an almost hip-hop skit to the song’s bouncing, infectious rhythm, bringing to mind early Beastie Boys in places and feels like an avenue the band could do well to explore more as they move forward. Perfume is the kind of track that slams that stoner-edged hum of the over-driven bass with, crunching percussion, (hello Death From Above) but still has room to breathe, bringing to mind the quiet/loud dynamic of Smashing Pumpkins in places, but throbs with this pulsating, desert-cruising grumble.

Other standout tracks on Chlorine include the meaty bite of the slacker-rock Accelerate, a drawling, heavy-indie-rock number, with a hypnotic chorus that spirals and twists with gargling, raw power. The scatter-pop of Cheapskate brings to mind the jaunty power of FIDLAR, all stabbing basslines and erratic grooves mashed together (and some seriously scuzzy riffs from the dad guitar), whilst the summery shimmer of Catching Feelings is a haze of crisp melodies that evolve into a shoegaze-esque blast of squealing, wrought 90s grunge rock. The not quite two minute punk rock blast of Commitment Issues is PABST’s rabble-rousing circle-pit anthem, perfect for a sweaty basement show and slides nicely into the Weezer-esque fuzz-pop melody of Summer Never Came, complete with ecstatic handclaps and layers of smothering pedal-stamping distortion.

There’s a real nostalgic vibe to Chlorine – PABST have captured some of the best moments of a lot of bands from my youth before they started going to shitty town and began to meld them with some of the truly excellent moments of current acts destroying their amps with wild abandonment and stomach-churning feedback. Fans of Cable35, Japandroids and FIDLAR should check these lads out – an absolute find and a hidden gem of 2018 waiting to be discovered.

Stream Chlorine by PABST via bandcamp below and purchase it via CrazySane Records – treat yourself.