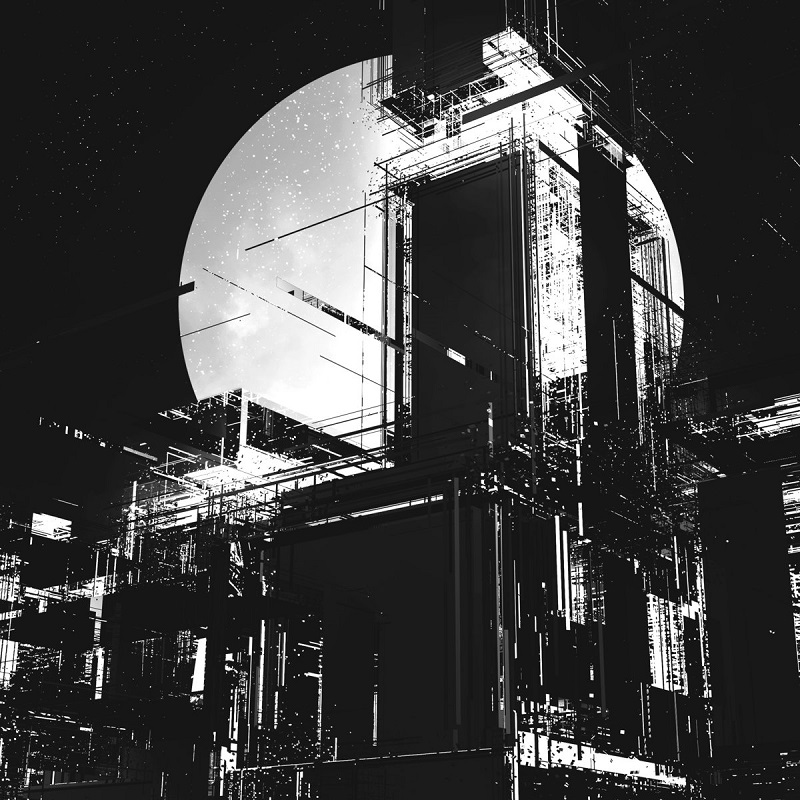 France’s Perturbator is a tricky customer. In a world that now seems dominated by night-driving, synthwave soundtracks, (thanks Gosling) it’s refreshing when that genre is altered somewhat. Like smearing perfectly applied makeup – it turns from something pristine and elegant to a distorted and chaotic smear. Oh, it can still look good, but the alteration will leave a lasting impression. Perturbator is a prolific devil though; churning out numerous albums and EPs since 2012 and cruises the grittier and more decrepit streets than say Desire or Kavinsky with his letterman jacket.*

What I admire about Perturbator is his ability to create this unique and contrasting world with his sounds. His songs tell a story and sometimes that story can be a chilling and dangerous journey into a street you’re having second thoughts about turning into. For instance, take the intro to Birth of the New Model. The computer code twinkling starts off perfectly innocent enough, but begins to speed up, it corrupts almost immediately after 6 seconds, making way for the droning hum, percussive claps and this heart-monitor-like beat. It’s a grandiose and noir-esque opener radiating a chilling sense of foreboding and extreme unease. It takes a full 3 minutes for the beat to let rip through the uneasy, pounding tech-crunch and even that sounds skittish and off-kilter, especially in the closing, wailing smackdown. The screeching and frayed electrical trips on the “rejected Andy McNab book title” of Tactical Precision Disarray, reminds me of the cyberpunk stutter of Prodigy‘s Mindfields (weird, I know) and maybe the ‘birth’ of a new being? Certainly one that’s been switched on; lights blazing, gears lurching into life, that cybernetic roar of being brought wailing, whirling and clanking into this world. Utterly machine-like in execution, ripping itself through the dystopian landscape that’s being constantly destroyed, reformed, destroyed and reformed inside Perturbator’s uncanny valley of a world.

The sinister vocals on Vantablack (the only non-instrumental offering on New Model) courtesy of eccentric electronica act OddZoo draw you in with their curious inflection.”Taint me if you dare, taint me if you’re so smart…” croons the Frenchman; who feels so close you’d swear he was by your ear. Talk of playing with knives and stroking skin adds to the unease, whilst the instrumental backing flits between glitching electro-noise and warping, industrial bleats, whilst the dream-like spiral of wailing electronica builds with a menacing and cutting edge, despite OddZoo’s claims to be a “gentleman.”

Tainted Empire is is a skull-crunching, robot-rock keyboard-smash of depravity. Heavy-as-fuck synths rain down a belching roar of malformed computer code. The next part morphs back into that film-noir search for answers, cruising in a vehicle that may or may not be on the ground, hat brim pulled down, cigarette between lips and a snarl on the face behind the wheel. This is synthwave night-drive at its best, especially on the blasting terror of sound that emits almost halfway through; twisted metal folding against more twisted metal, synths-bent out of shape through the cyber-spectrum of a bruising and chilling reality. The tripping nature of the brooding Corrupted by Design rarely stays on course; moving from stark and stabbing clashes of sound, feeling very uneven and chaotic as though the computer program begins to override itself, absorbing and allowing the rot to set in, frying the circuits to oblivion.

Closing track; God Complex, is a dramatic and incendiary cackle of malevolence. Clocking in at under 9 and half minutes, the hissing, electronic breaths of a machine beginning to power up cement the unnatural and cold feeling that smother New Model, whilst the circuit-bending noise of techno-punishment is devastatingly heavy. There’s a chance to breathe at the 5 minute mark; time begins to stretch out as the computer code begins to reform itself into a new shape. Epic rocking takes flight as it all goes a bit Myrone (soft shred at its best), before launching headlong into the driving, industrial robotic onslaught, which shimmers and corrodes the senses.

New Model is a devilish concept executed through a city of perpetual darkness. Oh sure, they’re moments when that neon light strays a bit too far and catches the faces of some of our protagonists, but what lurks beneath is a series of red, amber and green lights with the whirring click of a disk drive attempting to take its first rasping breath. Jack yourself in, this is a hell of a ride.